Exploring Changes to the IIT Law 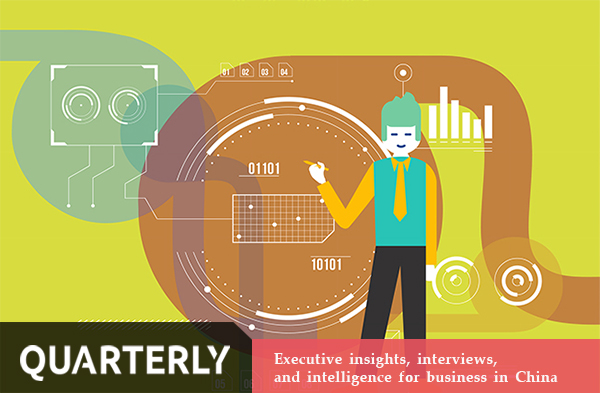 AmCham China scored an advocacy win earlier this year after successfully lobbying the government to “reset the clock” – effective as of January 1, 2019 – for the new six-year rule under which non-China domiciled individuals would not be subject to IIT on their worldwide income if they either spent 183 days or more outside of the mainland in each of the previous six calendar years or had spent more than 30 consecutive days outside of the mainland during that same timeframe. This article outlines that change and others made to the IIT Law.

In order to implement the Individual Income Tax (IIT) Law revised in 2018, the Ministry of Finance (MOF) and the State Administration of Taxation (SAT) released the Exposure Draft of the Revised Implementation Regulations (IRs) for the IIT Law, and the Exposure Draft of the Interim Measures for Special Additional Deductions (SAD) for IIT on October 20, 2018. Recently, the finalized Revised Implementation Regulations for the IIT Law (2018 IRs) and the finalized Interim Measures for SAD for IIT (IMSAD) were released. Both have taken effect as of January 1, 2019. The 2018 IRs explains in detail the:

These changes will have substantial impact on foreigners living in China as they impose a more stringent test and a lower threshold period for tax resident classification.

Other changes affect how income sources are classified inside and outside of China and how deductions are determined around different types of investments. One of the aims of the new law is to ease the burden on low- and middle-income earners while getting tough on foreign and high-income workers.

While some aspects of implementation have yet to be determined, the changes require exploration of the hard specifics that will affect foreigners and foreign businesses in China this year.

Nevertheless, in order to attract and retain overseas talents, the Exposure Draft of the IRs increases the previous “five-year rule” to a “six-year rule”, which reserves tax relief treatment for foreign individuals who do not have a domicile in China.

If overseas individuals stay cumulatively for 183 days per year in China for no less than six consecutive such years, they shall pay PRC IIT on their global income starting from the seventh year.

Meanwhile, for overseas individuals who become PRC tax residents only because they meet this standard, if they leave China for more than 30 days in a single trip in any year during which they become a tax resident, the consecutive year count restarts. Although this has made it easier for overseas individuals to become “resident individuals” of China, people can reasonably reduce their risks of being subject to PRC IIT by applying the “six-year rule” and planning a “non-temporary trip out of China”.

Adjusting the Scope of Income

The Revision adds the clause “unless otherwise stipulated by the State Council’s fiscal and taxation departments” to the source of income judgment criteria. The fiscal and taxation departments can exclude certain circumstances stipulated in this Article from being regarded as income sourced from China, but they are not allowed to create other circumstances outside those stipulated in this Article.

In the Exposure Draft of the 2018 IRs, it stipulated that business operation income, equity capital gains, and author’s remuneration/contingent income paid/borne within China shall also be deemed as income sourced from China regardless of whether the place of payment is in China.

However, in the officially promulgated 2018 IRs, these three types of income are excluded from this provision. Additionally, the phrase “properties such as buildings, land use rights” is changed to “properties such as immovable property,” expanding the scope of the “payment-place-regardless provision”.

In the 2018 IRs, the scope of “business operation income” has been adjusted compared to the Exposure Draft of the IRs. For example, the 2018 IRs no longer requires “holding a license” for the income derived from engaging in educational, medical, consulting, and other compensated services.

Additionally, the Revision includes a legislative confirmation that transfer of property in partnership operations is taxable. Further, “news” and “broadcasting” are deleted from the list of “income generated from personal services”. However, this does not mean that individuals engaged in these industries are not allowed to obtain “income generated from personal services”.

Another change is that interpretation power is recalled to the highest-level tax department of the PRC. The Revision stipulates, “If the specific category of taxable income derived by individuals is difficult to be classified, it shall be determined by the State Council’s taxation department.” In comparison, the 2011 IRs and the Exposure Draft of the IRs gave the power of determination to “tax bureaus in charge”.

Not Adopted: Deemed Transfer of Properties

The Exposure Draft of the IRs drew on relevant provisions of the Implementation Regulations for the Enterprise Income Tax (“EIT”) Law and introduced the concept of “deemed as sales” into the IIT field, meaning certain activities will be “deemed as transfer of taxable properties” and “transferor is deemed to obtain income generated from the transfer”. However, in the 2018 IRs, such provision is not adopted.

Prior to the Revision, tax treatments regarding donation are not consistent in many aspects. For example, taxpayers are deemed as transferors (donors) or transferees (recipients), applicable taxable income items regarding transfer of shares, houses, gifts from enterprises, red envelopes issued online and so on are categorized differently, and taxation regulations in different provinces are also different in technical positions. Below are some examples:

Stipulating the Scope of Deduction Items

Before the revision of IIT Law and its implementation regulations, the MOF, the SAT, and other departments of the State Council issued relevant policies stating that expenses for paying or purchasing enterprise annuities/occupational annuities, business health insurance, and tax-deferred commercial pension insurance can be deducted for IIT purposes.

However, some of them stipulate deduction under a certain ratio, some stipulate deduction under a certain threshold amount, and some apply to specific pilot areas with an ending date. The 2018 IRs, conversely, does not stipulate any specific provisions regarding the limitations, applicable areas, and applicable time period of relevant expense deductions. Therefore, previously issued regulations are subject to adjustments in accordance with the 2018 IRs.

The State Council may adjust its scope and standards according to changes of people’s expenses of education, medical care, housing, pensions, and other livelihood expenses.

The document also stipulates that relevant government departments and units bear responsibility and obligation to provide SAD information to tax authorities, but if they fail to do this, the person-in-charge and related personnel bear responsibility. The materials will then be retained for five years in case of future inspection.

According to the Notice on the Effect Linkage of Preferential Policies after the Revision of IIT Law issued by the MOF and the SAT, during the period from January 1, 2019 to December 31, 2021, if an overseas individual meets the conditions of tax resident, the individual may choose to receive SAD treatments or to receive preferential IIT treatments for foreigners, but not both simultaneously. Once the choice is made, it may not change within a tax year. Starting from January 1, 2022, overseas individuals will no longer be able to choose the IIT exemptions and can only claim SAD.

Other Revisions Relating to Deduction Items

The 2018 IRs stipulates that “where an individual who derives business operation income does not have consolidated income, when computing his/her taxable income of each tax year, expenses of 60,000 RMB/year, special deductions, SAD and other deductions determined shall be deducted” (“Specific Deductible Items”, the “SDI”). The Revision resolves previous inconsistencies on how to calculate business operation income and by adding the SAD deduction gives preferential treatment to business operators.

Although the full implications of the changes in the 2018 Version of the IIT Law remain to be realized, they certainly tighten tax burdens on foreigners and foreign businesses in China. Therefore, foreigners and foreign businesses operating in China will find reviewing the changes to be an imperative. Stay tuned as more specific guidelines are released in the coming months as Beijing determines how to effectively implement the new policy.

This article was originally published in the first edition of the AmCham China Quarterly, an executive-targeted periodical focused on policy, business, and technology, driven by C-suite perspectives and insights. To subscribe or contribute to the Quarterly, contact our editor: jpapolos@amchamchina.org