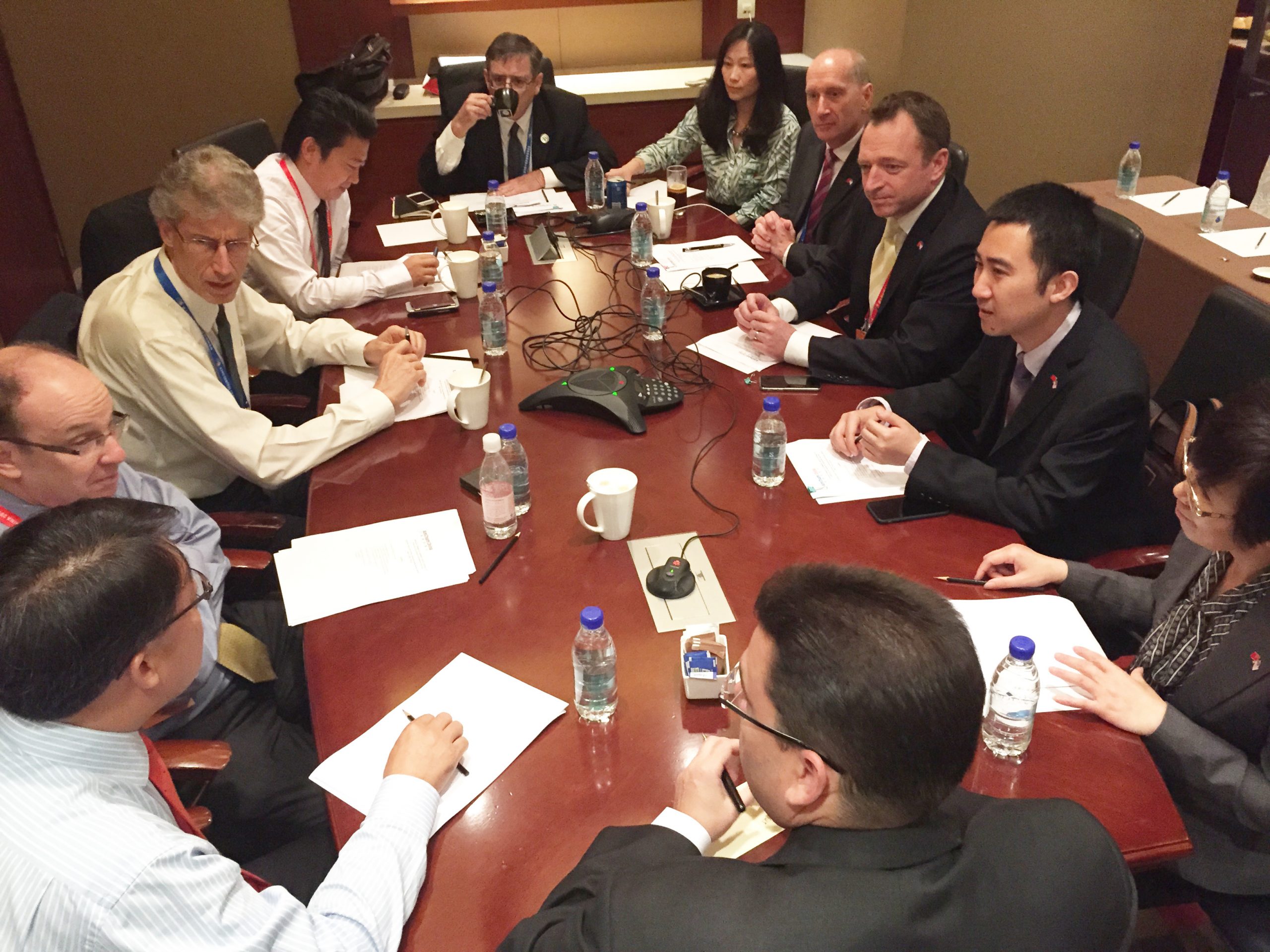 The 9th expo, which this year was themed “Openness and Cooperation, Transformation and Development, Revitalization and Rising,” featured six central provinces – Shanxi, Anhui, Jiangxi, Henan, Hunan and Hubei. Vice Premier Wang Yang addressed the opening ceremony and encouraged central China to speed up reforms and create an internationalized environment that would attract foreign investment. Chairman’s Circle member Terex was among the exhibitors, having taken advantage of free exhibition space offered to AmCham China members thanks to the chamber’s long-term support for the expo.

During the meeting, Zimmerman presented Gan with a copy of this year’s American Business in China White Paper, which includes a chapter on provincial capital Wuhan.

“The development of the Yangtze River Economic Zones serves as a bridgehead for further development of Central China,” Zimmerman said. “These developments provide great opportunities for our member companies’ business.”

Gan said he was very pleased to be able to welcome the AmCham China delegation to Hubei and the 9th Expo Central China.

“I will read the White Paper carefully and I want to know the difficulties and problems of American companies in China. We will optimize Hubei’s investment environment to solve these problems,” Gan said. “I sincerely hope the American Chamber of Commerce can attract more American entrepreneurs and investors to invest in Hubei province.”

Following the meeting with Gan, Zimmerman chaired a meeting of the board of governors, one of the few to be ever held outside of Beijing. As well as Ford, the meeting also included Central China Executive Committee members Helen Hu of GE, Jun Hu of Synopsis and Scott Shaw of LDi, as well as Wuhan US Consul General Joseph Zadrozny.

Zimmerman also addressed the Hubei Investment Project Seminar and Signing Ceremony, at which contracts were signed for 45 projects worth RMB 176.7 billion (about $28.5 billion). Zimmerman said that a majority of AmCham China members in the Central China Chapter were optimistic about their near-term outlook, and he thanked the local government for its support.

“In our view, Hubei is a springboard to central China,” he said. “For our members operating in Wuhan, almost 90 percent said they are satisfied with local government support.”

In the evening, the Central China Chapter held a cocktail reception at the Renaissance Wuhan Hotel, with guests including Zadrozny and Yichang Vice Mayor Liu Jianxin.

“It’s nice to have such a large delegation down from Beijing,” the US Consul General said, highlighting plans to expand the US citizen and visa services at the US Consulate General in Wuhan. “We look forward to supporting you.”