FDI in Hubei in Response to COVID-19 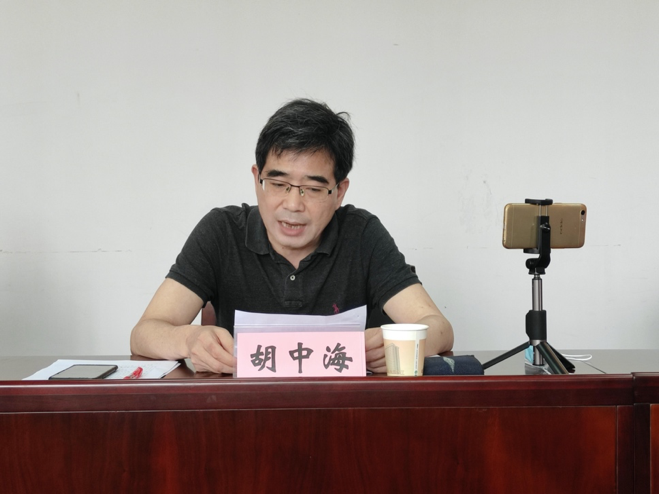 AmCham China’s Central China Chapter, in coordination with Hubei Province’s Department of Commerce, held an event focused on facilitating and continuing foreign investment in the economic ecosystem of Hubei. The province was hit hardest by the coronavirus outbreak, and this event promoted discussions on how Hubei can rebound economically.

AmCham China’s Central China Chapter and Hubei Province’s Department of Commerce jointly held its “Measures to Further Stabilize Foreign Investment in Response to the Impact of the Epidemic” event and related project briefings on the afternoon of June 10th. Tan Wei, Senior Director of Member Operations and Chapter General Manager of AmCham China, attended the online meeting on behalf of the Chamber. Hu Zhonghai, Deputy Director General of the Department of Commerce of Hubei Province, joined the meeting with relevant departments. The meeting was moderated by Hu Shuangfeng, Chairman of Government Relations of the Central China Chapter. 28 business representatives of the Chamber also attended the online meeting simultaneously.

On behalf of AmCham China, Director Tan first expressed admiration to Hubei Province for its quick reaction to the difficulties emerging from the epidemic, for its help in effectively resuming operations for AmCham China member companies, and for its promotion of myriad economic activities. He also showed deep appreciation to Hubei Province’s Department of Commerce for their strong support of the Central China Chapter’s work. Director Tan introduced AmCham China’s work efforts since the outbreak to the Department of Commerce. These efforts include, but are not limited to, appealing to member companies for donations, providing “one-to-one” services to member companies in the mid-term, contacting relevant departments in each city to help companies resume their business as soon as possible, and holding the “Resumption Dialogue between Government and Companies Video Conference” of Hubei Province on April 30th. He believes that AmCham China plays a large role in servicing member companies, building a platform between companies and government, and also conducting policy advocacy. AmCham China has always regarded Hubei as a major economic province in the central region of China. Considering that Hubei was hit hardest by the epidemic this year, AmCham China worked with the Hubei government and relevant departments to help restore the region’s economy. To date, our member companies have made donations to support Wuhan, Hubei, and other areas in need, totaling more than RMB 540 million ($78 million).

One of the priorities on the agenda included making some explanations for the new political document “Measures to Further Stabilize Foreign Investment in Response to the Impact of the Epidemic”. The individual in charge of the Comprehensive Office announced the document and the Division of Foreign Trade explained the document from three aspects, including background, key features, and key content. The Department of Foreign Investment subsequently announced that in order to implement the provincial government issued document and help foreign companies in Hubei Province look for opportunities in the crisis and overcome the difficulties, they will focus on three aspects. These include: providing higher-level support to solve problems faced by the companies, building a double-line platform to expand the internal and external market, and cultivating new trading formats to promote the transformation and evolution of foreign trade.

In the following key project promotion, Hubei Province’s Department of Commerce promoted Xiangyang- rated as “The Most Attractive City for Investment in China” by the Global Times- as the city that would combine with the industries of the participating companies. After introducing the whole situation of Xiangyang, Director Chen Dong of the Xiangyang Municipal Investment Promotion Bureau focused on three industries, including the General Aviation Industrial Park, the Precision Medical Instruments, Medical High-Value Consumable Production Project and Intelligent Network Connection, and the Automotive Electronics Industrial Park. Through this project, Xiangyang, with its superior traffic location and strong industrial foundation, aims to become an investment hotspot of many foreign companies.

Hu Zhonghai, Deputy Director General of Hubei Province’s Department of Commerce, then made a concluding speech. On behalf of the Department of Commerce, Director Hu thanked AmCham China for its attention to Hubei. Hu said that AmCham China played a major role in bridging the relationship between Hubei Province and American companies by actively supporting various investment promotion and social activities held in Hubei. On April 30th, AmCham China held its “Resumption Dialogue Between Government and Companies” video conference, which was well attended and helped American investors as well as American companies better understand Hubei and strengthen their confidence in the province. Director Hu also expressed his appreciation to the American companies who participated in the meeting for their strong support for Hubei Province’s economy. The United States is also a major player in Hubei’s investment promotion plan. In 2019, American investment in Hubei Province ranked 6th among all countries and regions who invested there.

The Central Committee of the Communist Party of China, the State Council, the Provincial Party Committee and Provincial Government attach great importance to stabilizing foreign investment. Director Hu made it clear that China’s basic state policy is to open up, and that stabilizing foreign investment is related to higher levels of opening up and quality economic development, as well as stabilizing employment, finance, foreign trade, investment, and expectations. The Department of Commerce will provide services to foreign investment companies, including US-funded companies, so that these entrepreneurs will feel reassured when investing in and developing their businesses in Hubei. Finally, Director Hu concluded that he hopes to continue strengthening cooperation with AmCham China and welcomes their member companies as well as other American companies to invest in Hubei and achieve mutual benefit for both sides.

“Measures to Further Stabilize Foreign Investment in Response to the Impact of the Epidemic” and the related project briefing is a follow-up briefing session of the Central China Chapter after the video conference session held on April 30th. The Central China Chapter will maintain close contact with various government departments of Wuhan and Hubei Province, and also pay attention to their economic policies. The Central China Chapter plans to continue to organize policy discussions and key project promotion conferences for member companies and hold a series of activities with cities and industrial parks in Hubei Province. Additionally, the Central China Chapter will actively track economic restoration policies, measures, and conditions to better help member companies settle in Hubei for long-term development and also help the region improve its business environment, attract more investments, and boost the local economy.