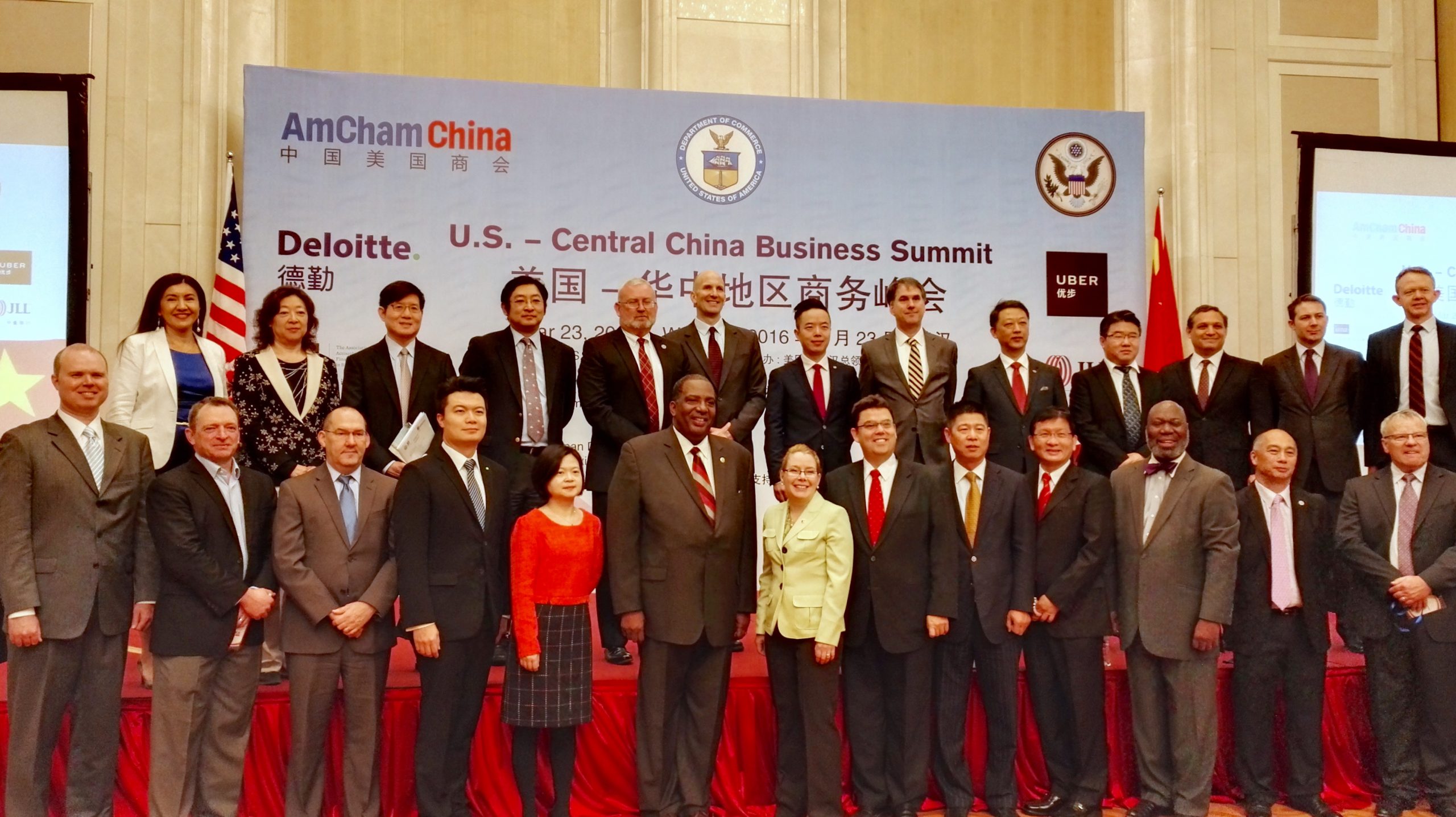 The US Consulate General in Wuhan hosted the inaugural US-Central China Business Summit in Wuhan on March 22-23. AmCham China supported the event as a co-organizer, and President Alan Beebe had a private meeting with Wuhan Deputy Secretary General Shan Yannan (单亚男) and other senior officials of Wuhan Municipal Government.

The summit kicked off with opening remarks by Sarah Kemp, Commercial Counselor at US Embassy Beijing, China and Lu Yanqun, Director General at Hubei Provincial Department of Commerce.

Over 100 people from 40 American companies and organizations met with local government agencies and leading Chinese companies from four provinces in Central China to discuss opportunities for cooperation in infrastructure, healthcare, energy conservation and Smart City projects. representatives from the US were also on site to discuss SelectUSA, a program that encourages qualified Chinese companies to enter the world’s largest market, the US. In particular, representatives from New York state, Los Angeles, North Carolina, Ohio and South Carolina were on hand to  introduced industries and favorable tax policies in each region.

Past, Present, and Future: McGregor Shares His Perspectives on US-China Relations
January 22, 2021

In Light of the US Presidential Inauguration, AmCham China Chairman Speaks to Bloomberg on US-China Relations
January 21, 2021