Getting Your Head Around the Global Mindset 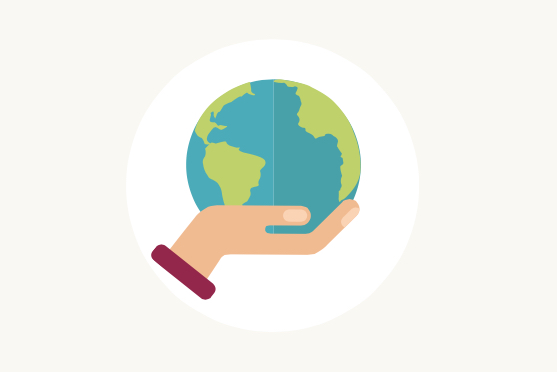 A high-flying executive is hand-picked for a plum overseas assignment with a set of challenging objectives. Full of confidence, she sets off with her family on the exciting adventure that she expects will really help her career to take off. Six months later, she is back in her home country, disillusioned about her foreign market experience. Unlucky? Actually this is a very common occurrence, and what she lacked was a global mindset.

But measuring the costs and benefits of a global mindset is challenging, and it might seem that the ability of individuals to adopt a global mindset would be even more difficult to gauge. Nevertheless, the Global Mindset Institute at the Thunderbird School of Global Management has even devised a way to measure what seems like a nebulous and abstract set of attributes. Through a 100-question survey, it assesses to what extent an individual possesses a global mindset based on the three kinds of “capital”: intellectual, psychological and social. Using a 1-5 rating scale, the survey asks such questions as to what extent respondents know how global events may affect their industry, enjoy exploring other countries, or have a network of people from other cultures. The results form a Global Mindset Inventory, which Thunderbird believes can be used as a benchmark to assess the ability of people to succeed across cultures and their progress in developing a global mindset.

It is exactly this kind of assessment that Elisa Mallis, Executive Education Fellow, Robert H. Smith School of Business, believes is missing from decisions on overseas placements. “It’s kind of a no-brainer that we should be measuring these things, but in fact assessment of global mindset is very rare,” says Mallis, who is also head of executive coaching for Greater China at MDS. “If the candidate has proven past performance and success in their market and area of expertise, they are then often put into a global role. But very little is currently being done to try to predict if they really have what it takes to be successful in that global role.”

But is it really possible to change how you think and perceive the world? For Mallis, we are merely at a certain stage of our evolution and human development, with the potential to move on to the next stage of development.

“We do all have a tendency to stereotype, and to a large extent it’s about nationality because that is the core of our identity. The world is currently in a nation-centric mindset,” says Mallis. “What we are moving toward is world-centric thinking, when national boundaries become less important. MNCs can be a good vehicle to accelerate world-centric thinking.”

One traditional way to build global mindset in executives has been to embark on a rotation of international assignments. While undoubtedly a good way to expand horizons, the return on investment is debatable.

More cost-effective, therefore, is to invest in developing “crucible” experiences for potential global leaders that force them outside their area of expertise, familiar market or even line of business. This could involve, for example, setting up mentoring programs with established leaders with diverse backgrounds, or promoting individuals to take roles in other departments or divisions that they wouldn’t normally consider.

Mallis believes that technology can play a key role in helping create these kinds of “crucible” experiences, solving real business challenges with people from other cultures, but companies need to be a lot more creative in how they structure their programs. And while it is certainly possible for people to change, she says companies also need to look at selecting the right individuals.

“People can change,” she says. “However, that is only if they want and are willing to change. Otherwise you’re fighting an uphill battle.”

This is an abridged version of an article that was published in the October 2013 issue of Business Now.