Hainan FTZ: The Next Stop for Reform & Opening-up? 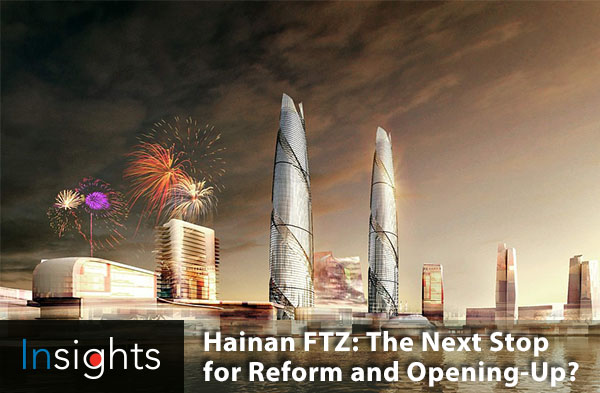 Stay up to date with Hainan reforms, sign up for the B.I.O. Trip below

On April 13, 2018, President Xi announced that Hainan had been selected to be the 12th Free Trade Zone, with full support from the Party and the Central Government. The State Council then released a general plan on developing the island-wide Pilot FTZ in Hainan. The overarching goal is to achieve “significant progress” in the FTZ's development by 2020 with concerted efforts put towards opening up, and improving the local business and regulatory environments. At the Two Sessions this year, Premier Li mentioned Hainan three times during his delivery of the Annual Government Work Report.

Did you know that AmCham China released reports on both the Two Sessions and the Annual Government Work Report exclusively for Policy+ members? To learn more about these reports and Policy+, click here.

Against this backdrop, AmCham China Vice Chairman Greg Gilligan and President Alan Beebe are leading a delegation of member companies to Hainan Province from May 20 to 22. This will be the first time AmCham China embarks on an official tour of the province. This Insights serves as an explainer on the Hainan FTZ.

Hainan On the Move

It has been said that there are two main differences that separate Hainan from the other 11 FTZs:

1. The whole island, rather than a portion of the island, has been designated as an FTZ.

2. Hainan will not only be an FTZ, but also a free trade harbor, which allows Hainan to experiment with a multitude of policy innovations.

The details of the Hainan FTZ policies are centered around rapidly deploying reforms to improve the business environment, attract global enterprises, and welcome global talent to the island. As Hainan continues to roll out detailed policy guidelines, we would like to highlight some of the guidelines that are most relevant to AmCham China members:

According to the General Plan, Hainan plans to expand reforms and further open up in these 12 key industries:

To some extent, Hainan might be better equipped for a greater degree of market liberalization and policy reform than other FTZs due to its size – approximately 35400 square kms, a vast amount of available land which has enabled Hainan to expand its FTZ policies across the entirety of the island. Comparatively, the other 11 FTZs are small and isolated, only averaging about 120 square kms. Thus, Hainan stands to have a much more far-reaching impact on the national economy thanks to its size and the volume of robust industries it can support.

If you have questions about the Business and Investment Outreach (B.I.O.) Trip to Hainan and/or any inquiries on Insights, please contact Chloe Ma.

• 08 Beyond the 90-day US-China Negotiations