How a China Slowdown Could Affect Your Business 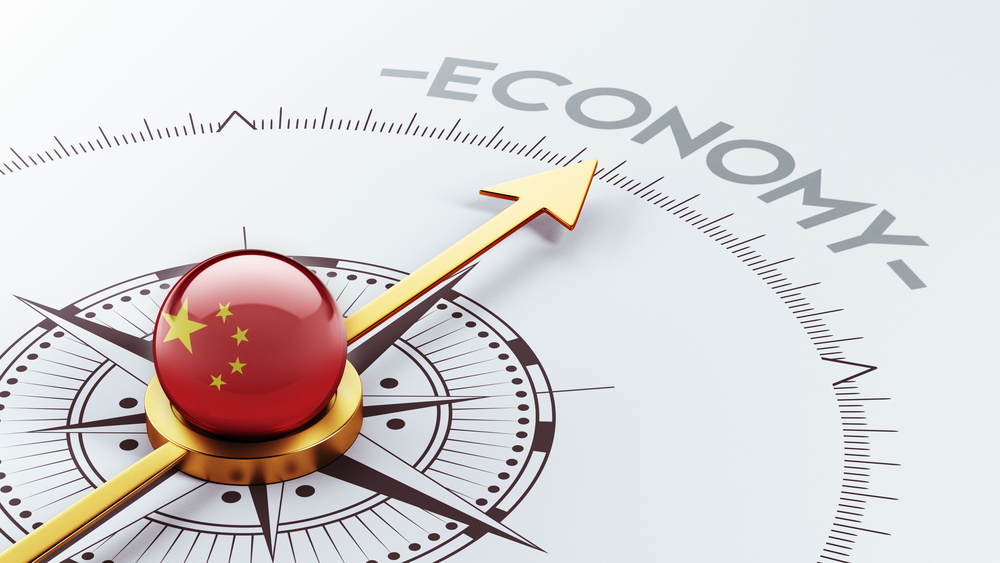 The state of China’s economy is more precarious than at any time since the 2008 financial crisis.

With China experiencing a long-term deceleration in economic growth and embroiled in a trade war with the US for over a year, the health of the national economy looks more fragile than at any point in recent memory.

China appears on track to hit the lower-end of its GDP growth target of 6-6.5 percent for 2019. While growth at this rate would be the envy of many other countries, there are various signs that the economy is more fragile than the growth rate would suggest.

In August, growth in industrial production was the weakest in 17 and a half years – the latest in a series of troubling trade, investment, and manufacturing indicators. In a recent survey conducted by the American Chamber of Commerce, over three quarters of respondents reported profitability in 2018 but only half were expecting to be profitable this year.

More likely than not, China will continue to grow at somewhat diminished but still steady rates. The Swiss bank UBS projects China to grow by 5.5 percent in 2020.

Yet, foreign investors cannot discount the possibility that a deeper slowdown – or even a recession – could occur. Whether instigated by a domestic factor like high debt, a geopolitical factor like economic competition with the US, or an external factor like the disruption caused by Brexit, the prospect of a slowdown is a real one.

Regardless of whether a slowdown ultimately occurs or not, foreign investors should examine how their businesses might be affected by one and how they can take steps to mitigate the damage.

A China Slowdown Will Have Global Impact

Any significant China slowdown will have global ramifications. The size of China’s economy and the speed of its growth, while greatly benefiting many businesses and national economies, has also left them exposed to a slowdown. A recession or prolonged downturn in China would send shock waves across the global economy.

In large part because of US-China trade tensions, the WTO recently downgraded its forecasts for global trade growth for this year and next. The WTO now projects global trade in merchandise to increase by only 1.2 percent this year, which would be the weakest since 2009 – amid the global financial crisis.

Global exposure is not limited to trade; largely domestic risks – most notably China’s enormous debt – have the potential to spark a chain reaction that would be felt across borders.

According to the Institute of International Finance, an association of financial institutions, China’s corporate, household, and government debt hit 303 percent of GDP in the first quarter of 2019. If the Chinese government is no longer able to manage its debt, banks and businesses might suddenly fail, and global investors will scramble to protect their assets.

With China so deeply integrated into the world economy, a real China slowdown will be felt across the world. That means that even investors without a presence in China should pay attention to the economic situation in the country and identify how they can hedge against risks.

Winners and Losers in a Recession Economy

While businesses around the world would feel a China slowdown, not all would experience it equally.

Certain industries are known to suffer more than others in a recession. Generally speaking, the goods and services that will struggle are those that are not related to day-to-day life. When consumers have less disposable income available, they will cut back on many non-essential items.

For example, travel services, automobiles, and heavy appliances tend to experience heavy losses during recessions. Travel is one of the first categories of discretionary spending that consumers tend to reduce amid economic strain. Those that might normally be considering upgrading their car or washing machine, for instance, tend to hold off instead.

In fact, although a China slowdown has not begun in earnest, there is evidence to suggest some of these trends are already occurring. August, for example, was the 14th consecutive month of decline in China’s auto industry; as of the end of August, the market had contracted by 11 percent year-on-year.

Moreover, capital-intensive industries and businesses reliant on outside investment will also struggle as it becomes more difficult to secure funding. These include property development and tech startups, among others.

Although foreign investment is mostly restricted in areas like housing, a downturn can still have serious consequences for overseas firms. If housing grounds to a halt, for example, suppliers of commodities from countries like Australia and Canada will struggle as a result.

In contrast, some industries are known to be “recession proof”. As stated above, products relating to day-to-day life tend to withstand recessions – and some even see their sales improve.

Food and beverage products, alcohol, cosmetics, education, and healthcare are among the sectors that tend to power through economic downturns. Even luxury goods, though they may initially take a hit, are capable of recovering more quickly given that their ultra-wealthy clientele can better withstand a recession.

That does not mean foreign businesses involved in these sectors should be complacent.

In China, foreign products and services – whether a brand of detergent or foreign language training – tend to set themselves apart from domestic competitors by marketing themselves as more prestigious and higher quality. While this strategy might normally work well for foreign businesses, during a downturn, consumers might opt for cheaper domestic alternatives.

Although consumers will continue to buy staple items like toothpaste and even non-essentials like beer and wine, many will try to save on the margins by purchasing cheaper domestic options. This phenomenon, known in China as a “consumption downgrade”, has been known to happen on occasion when economic conditions worsen.

As with auto sales, there are signs that a consumption downgrade has already begun. Instant noodle sales in China had entered a steep decline since 2011, as consumers’ rising affluence allowed them to eat out more often. Now the trend is reversing, with instant noodle sales experiencing a renaissance since 2018 – when the economy became more visibly precarious.

Consumption trends in China show that consumers are already beginning to take precautions amid an uncertain economic environment, even though a genuine downturn has not yet occurred. These trends show that foreign businesses should not wait until an economic shock hits before altering their strategies accordingly but should begin adapting now.

A recession in China or prolonged stagnation similar to what Japan has experienced since the 1990s is not guaranteed to happen. While China will not return to the eye-popping growth numbers of a decade ago, it very well could continue along with solid growth of around 5-6 percent.

However, a natural deceleration of growth, high levels of debt, and economic conflict with the US make a downturn more likely than any time since the 2008 financial crisis. And because of the government’s enormous spending in response to the 2008 crisis, the Chinese government is now hamstrung by debt and will not be able to power through the next downturn in the same way.

Well-prepared businesses will be better positioned to withstand a downturn than those caught off guard.

One way to prepare for a slowdown is investing in worker productivity. In the past, the low cost of labor in China often made it cheaper for businesses to simply hire more workers than to invest in training and technology that would make each individual worker more productive.

With labor costs in China much higher than in the past, it is worthwhile for businesses to invest in worker productivity regardless of a slowdown. This may include job training and retention strategies to empower individual workers, investing in technology to improve capacity per worker, or investing in automation where applicable.

Businesses that improve productivity will have more room to reduce prices to stay competitive amid a downturn, and may be able to avoid the mass layoffs that other firms may need to resort to.

Foreign investors can also increase investments in emerging markets to diversify their exposure and capture high-growth opportunities. Countries like India and Indonesia, for example, not only offer cheap labor, but also large and rapidly growing consumer markets.

Further, businesses that can withstand a downturn can be opportunistic in taking advantage of their positioning. For example, a downturn provides merger and acquisition (M&A) opportunities that might not otherwise be available, which could transform a firm’s China business in the long run.

They will also be able to take advantage of generous incentives as the government seeks to attract investment, both at the national and the local level. Already, Suzhou Industrial Park – one of the country’s leading industrial parks – is offering generous subsidies to attract and retain investment.

A China slowdown would be damaging for practically all businesses, and it is impossible to fully prepare when its timing and exact nature remains unknown. Still, responsible investors can identify areas of exposure and take steps to mitigate the impacts, potentially allowing them to stay nimble and opportunistic in an otherwise challenging time.