How to Vote in the US Primaries 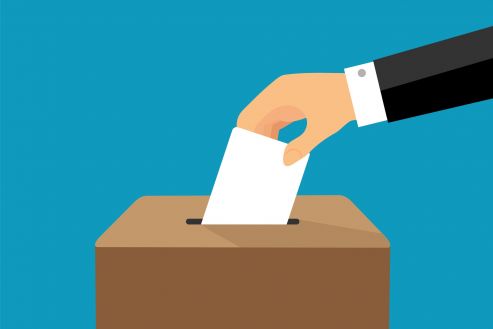 Your vote counts, even in Beijing!

According to the US Embassy in Beijing, many elections for the house and senate have been decided by a margin smaller than the number of ballots cast by absentee voters. Additionally, all states are required to count every absentee ballot as long as it is valid and reaches local election officials by the absentee ballot receipt deadline.

To request your ballot, complete a new Federal Post Card Application which is accepted by all local election officials in all US states and territories. The form can be completed online at FVAP.gov, and depending on your state regulations you can return the FPCA electronically or by mail. The US Embassy in Beijing will forward your ballot requests to the US on your behalf.

Every state has different deadlines and some states have already cast their ballots for the 2016 presidential primary. However it's not too late to exercise your right this year!

Democrats Abroad will hold voter registration and voting in Beijing and Shanghai on March 5 and 6 from noon to 6pm. Beijing Democrats can head to The Bookworm in Sanlitun, and Shanghai Democrats can do the same at The Camel. Bring your passport with you.

On the Republican side, Republicans Overseas is very active in fundraising and has a chapter in Hong Kong but is not recognized by the Republican National Committee and awards no delegates in the primary election. Republicans and those of other parties should stick with their home state for this primary season, and look into state-specific voting procedures for the general election.