How US Startups Bring Tech & Innovation to Market

You are here:
Industry  NewsTech and Innovation InitiativeWorking Groups 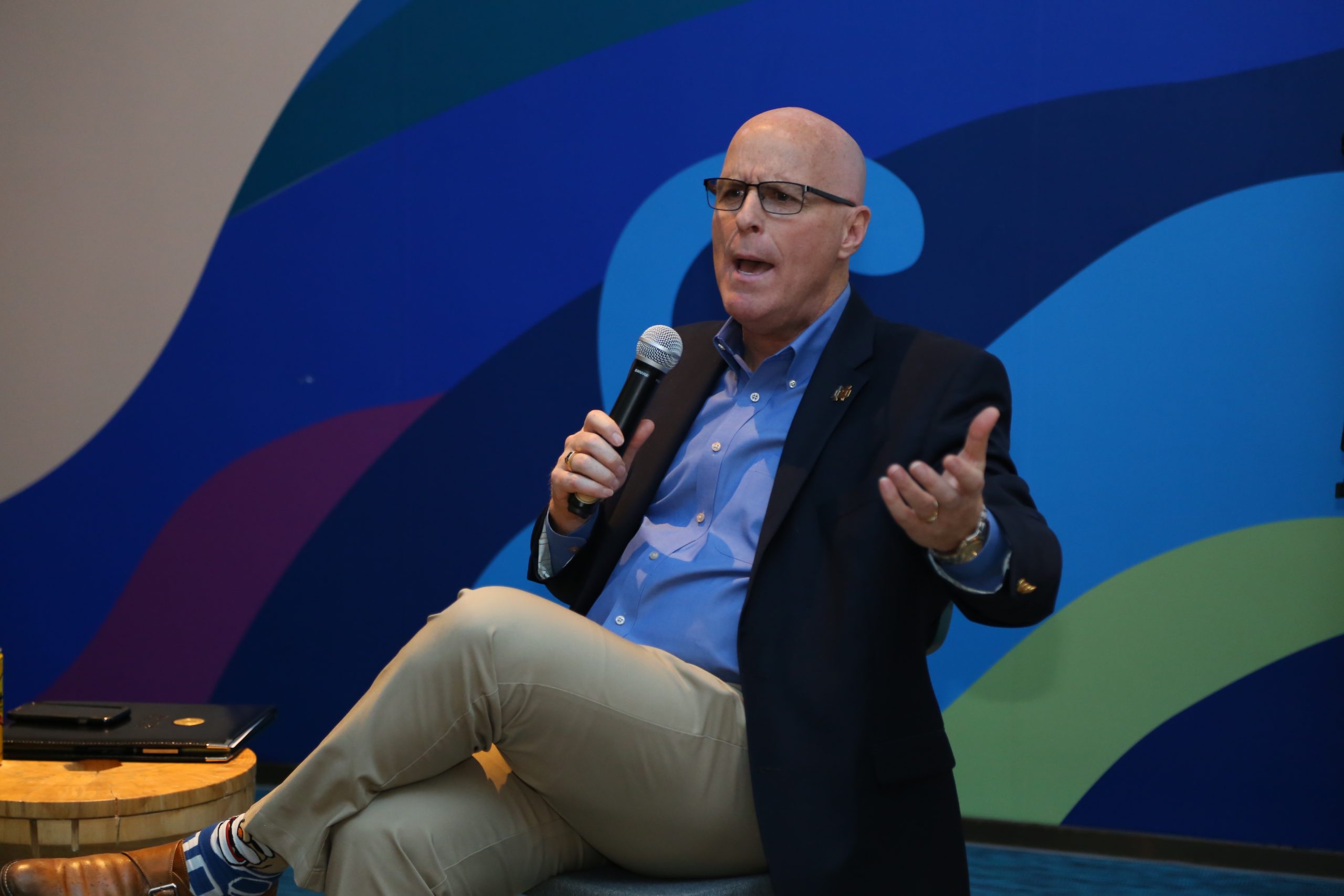 With global competition increasing, there are those in the US who have made it their goal to transform, revolutionize, and revitalize the US innovation environment. One such person is Notre Dame’s Vice President and Associate Provost for Innovation, Dr. Bryan K. Ritchie. Recently, Dr. Ritchie discussed his entrepreneurial past and current work leading Notre Dame’s IDEA (Innovation, De-risking, and Enterprise Acceleration) Center for the AmCham China-hosted event, How US Startups Bring Their Tech and Innovation to Market.

Accompanied by Dr. Jonathan Noble, Assistant Provost for Asia at University of Notre Dame, Dr. Ritchie introduced his background as a professor, experience in the corporate world, and entrenchment in the US start-up and entrepreneurial ecosystem. Discussing his career trajectory, Dr. Ritchie noted that one of the inspirations for his current work at the IDEA Center, and previous work at the University of Utah, was his time spent doing research at the university level. In doing university research, he found that, despite making significant discoveries, universities ultimately provide a poor platform for bringing discoveries to the people that can benefit from them – some 80-90 percent of the technologies discovered inside universities sit inside universities, never reaching any level of commercialization.

It was this widespread failure in the university research system that led Dr. Ritchie to the University of Notre Dame. Unlike most research universities, Notre Dame has set out to focus on creating processes and institutions that might change the underlying structure of commercialization, providing the process for commercialization rather than just commercialization as a service. This is the mission standpoint of the IDEA Center.

When approached about leading the prospective IDEA Center, Dr. Ritchie was acutely aware of the special opportunity the University of Notre Dame offered. First, with one of the largest university endowments in the world, Notre Dame had the resources and full intent to see this endeavor through – an endeavor which Bryan insisted would require US $5-6 million per year for 10 to 15 years. Second, Notre Dame provided an even greater opportunity due to its location. Situated in Southbend, Indiana, Notre Dame is certainly no Silicon Valley. However, while replicating Silicon Valley is difficult, anyone can be Southbend. As such, in accomplishing their mission with the IDEA Center, Dr. Ritchie and the University of Notre Dame could effectively change the way people think about operating their business, their relationships with universities, their connections to government – all of the things that matter around innovation and entrepreneurship.

With the full support of the University of Notre Dame, Dr. Ritchie has taken the reigns of the IDEA Center where currently their freshman class of 18 companies is being taken through their proven commercialization process. Through his stage-gated, milestone-driven, de-risking process for commercialization, a process designed to take ideas through milestones, all the way to product marketing fit, and customer traction, Notre Dame can expect big things in the coming years. Dr. Ritchie developed and implemented this process previously before joining the IDEA Center, and with incredible results. Over 10 years, 150 companies underwent Dr. Ritchie’s process, including a genetic pharmaceutical company now worth US $5.2 billion, BioFire (acquired for US $450 million), MPS Pharma, a company acquired by Nestle, 16 acquisitions with US $100 million+ outcomes, as well as many companies valued around US $50-60 million. Following this same process and leveraging the IDEA Center’s partners and many resources, it’s likely many of these 18 companies will be making headlines in the not-too-distant future.