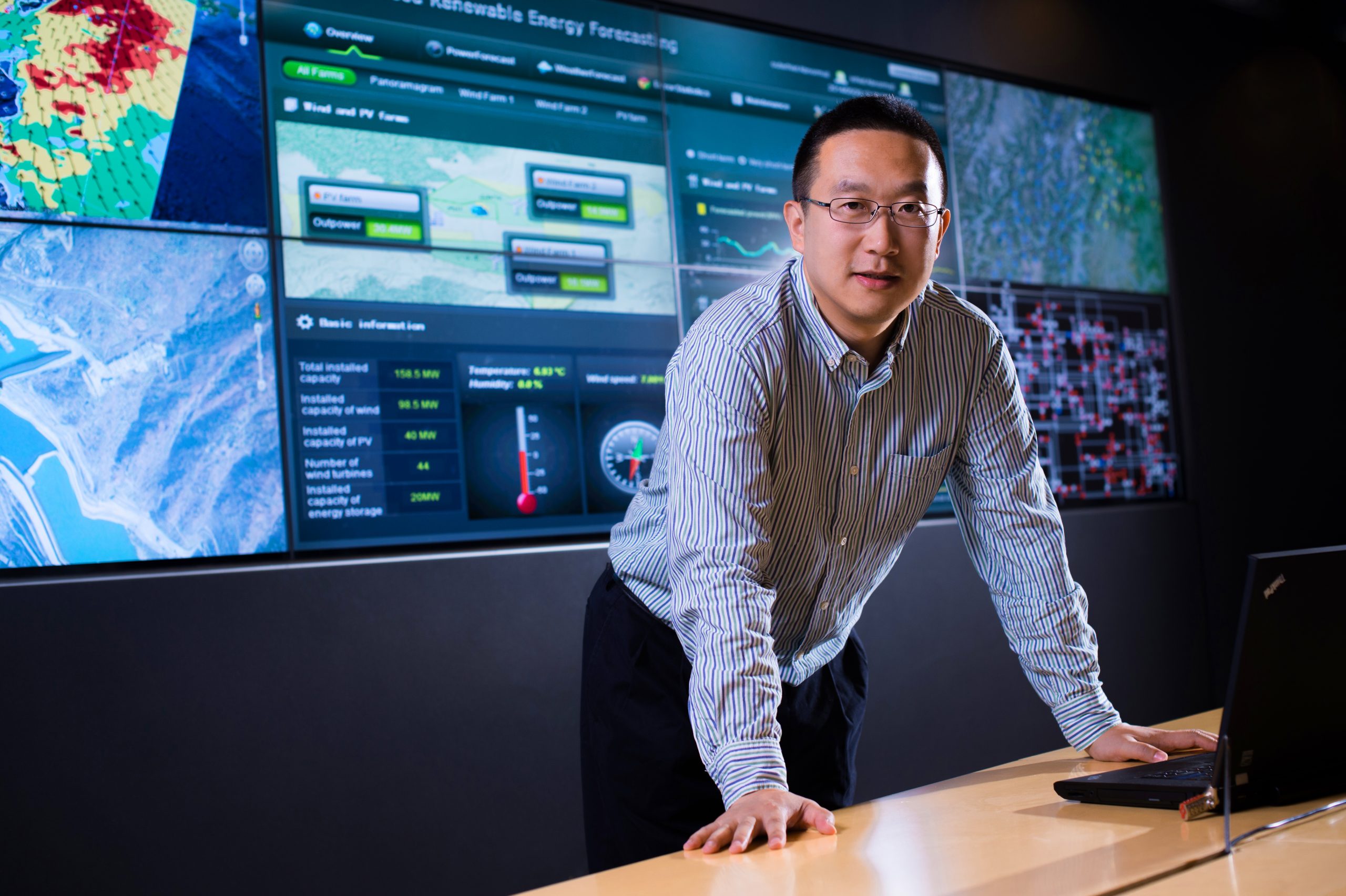 When will the next blue-sky day be?

Currently, the status quo for tracking the air quality index (AQI) in Chinese cities remains real-time readings. But IBM's Research China Lab has developed a prototype that can provide AQI projections three days out, and a 10-day forecast is in the works as well.

The complexity of pollution's causes – part emissions, part weather conditions and geography – have made it hard to nail down.

“From technical perspective, air pollution is a very complicated process that involves a wide range of data sources,” said Jin Dong, Associate Director of IBM Research China. IBM's models put together all these data sources, then multiple models are combined and optimized, leading to a level of accuracy not possible before.

For example, different seasons and regions all come with their own weather conditions, so the system takes all this into consideration and generates the most appropriate models for the specific time and area.

“It's a cognitive mechanism is similar to what we have done in IBM Watson System,” said Jin Yanshao, Project Manager at IBM Researh, referring to the highly-intelligent software that recently competed on the American gameshow Jeopardy! – and won against top players.

AQI forecasting is only the beginning of what IBM hopes to accomplish in a 10-year initiative dubbed the Green Horizon Project. The project builds on the technologies in IBM's broad catalog to spur innovation in three top priorities – air quality management, renewable energy forecasting and energy optimization for industry – which are all in-line with Beijing's and China's priorities as well. Starting in 2013, China pledged $277 billion toward improving air quality and beefed up environmental laws with tougher penalties for environmental infractions. Chinese Premier Li Keqiang has declared cleaning up the air to be a national imperative for improving the economy.

At the helm of the project stands Jin Dong. He holds a doctorate in automation and has earned acclaim for creating incubation ecosystems that sped up the time-to-market and massive rollout of IBM's analytic solutions, resulting in tens of millions of dollars in revenue for IBM.

For the Green Horizon Project, the ecosystem will include 12 IBM global research labs and partners in academia, industry, government and private enterprises. The Beijing municipal government is one of the first partners for the project. To help Beijing reach its 2017 target of reducing particulate matter in the air by 25 percent, IBM has shared sharing its technology with the city. New developments such as the AQI forecaster help Beijing track economic development, single out those who break emissions regulations and simulate models of “what-if” scenarios.

Xiaowei Shen, Director of IBM Research China, said the complexity of China's problems actually make it a fantastic place to develop and test out new green technologies. If these solutions can work in China, their potential impact on the res of the planet is even greater.

“China has the opportunity to lead the world,” Shen said.

What it does: Supports efforts to clean the air and improve renewable energy through advanced cognitive computing

On innovating in China: “China has the opportunity to lead the world in energy and environmental management and create an innovation ecosystem which will further contribute to the country's economic growth,” said Jin Dong.