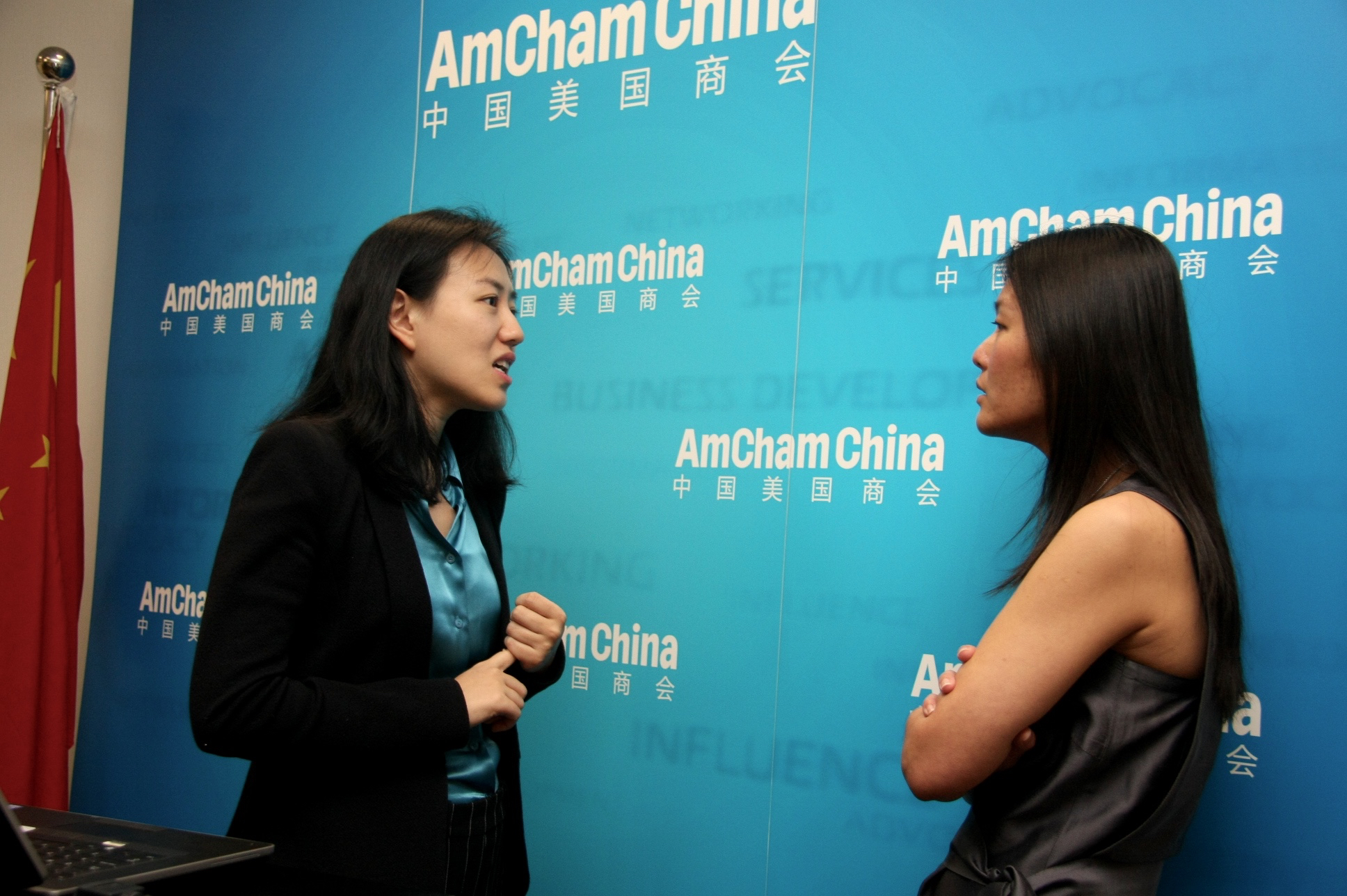 Today stands as a salient moment for Chinese entrepreneurs, as well as for women in China. To delve into the status of women in entrepreneurship and innovation in China, Business Now brought together two AmCham China members – Wenchi Yu, Asia Pacific Head for Corporate Engagement at Goldman Sachs, and Qian Liu, Director of Economist Intelligence Unit, The Economist Group – to have a discussion for the first in a new Member Crosstalk series.

Wenchi Yu: As an economist, can you talk about the current global landscape of woman’s entrepreneurship?

Qian Liu: I see two key words here, one being women, the other entrepreneurs. The UN Economic Commission for Women is calling 2015 “Beijing + 20.” Back in 1995, the UN 4th World Conference on Women took place in Beijing. Ever since, the whole world have been celebrating the advancement of women. So that really instilled in us the way women can contribute to the overall development of the economy and society.

There is a great statement from Hillary Clinton who wrote for The Economist recently. She quotes two numbers that could shape the future of a great nation: six and 1.7 trillion. Six is the average number of hours each day women in India spend performing unpaid labor. And US $1.7 trillion is the amount of India’s GDP that would increase if women participated in the labor force at the same level as men. What these numbers demonstrate is that women’s advancement is not just for women; it is for the political, economic and social development of everyone.

When it comes to entrepreneurs, I think we have come to the age where we have a critical mass of female entrepreneurs. Many emerging markets are developing very fast, and globally we have a much larger middle class. As a result, whoever can cater to the needs of the market will be able to see the reward. On top of that, modern technology makes it easier for entrepreneurs, and women in particular, to play a more active role globally. For female entrepreneurship, now is the moment.

When it comes to this, I think Goldman has done a great job in that you have been publishing reports and supporting various programs for women’s entrepreneurship. Can you share with us why Goldman chose to invest in women entrepreneurs?

YU: About 15 years ago, the firm was doing research on where the opportunities to grow the world’s GDP are. Research conducted by our chief economist in Japan, Kathy Matsui, identified that investing in women entrepreneurs and women’s productivity is one of the best ways to grow a country’s GDP.

The report, titled Women Hold up Half the Sky, helped us realize that investing in women, half of the country’s population, can help contribute to a country’s GDP growth by up to 12 percent, especially in emerging economies. As a firm that cares about data and numbers, that’s one of the areas that we have identified as the most effective and impactful way to grow.

QIAN: Globally, every country has their own policy frameworks, but I’d categorize them in to two distinct groups – direct and indirect.

One example of direct policy is finance related. For example, the government could choose to subsidize female entrepreneurs, lower tax rates to give higher incentives or make access to capital for women entrepreneurs a lot easier. In general, direct ones tend to work very well.

Indirect policies could support an organic development of female entrepreneurs. One example is promotion of awareness of the benefits of gender equality and challenging perceptions about the “traditional” roles of men and women, such as who cares for the young and old. They then could be free to contribute to entrepreneurship.

I used to live in Sweden where one of the most impressive policies is whenever you have one kid, you are entitled to 18 months paid leave, and fathers are required to take at least three months paternity leave. That diminishes the biological and caring differences, or comparative advantages, between men and women. It gives women greater freedom to start their own career whenever they feel they can.

That being said, Wenchi, you are in the corporate world and Goldman Sachs is doing a good job on this. Maybe you could share with us some of the good programs that are working and why.

YU: Based on the research and reports I mentioned before, we decided Goldman Sachs had to affirm our small contribution by investing in women entrepreneurs through education and other innovative support.

In 2008, we launched the global 10,000 Women initiative, with the goal to train 10,000 women that have the potential to grow significantly, but who might have been underserved due to their backgrounds. In China, which is the largest program, we have educated more than 2,300 women who start, own and run successful small- to medium-sized enterprises. They are not the ones you see in poverty, they are the ones who are going to hire more people, create jobs and contribute to GDP growth.

Through partnerships with schools like Tsinghua University, we designed a curriculum, like a mini-MBA program, specifically for women entrepreneurs. In 2013, we wrapped up the program because we reached the 10,000 target around the globe.

But we also know that the biggest barrier to women entrepreneurs is their access to finance. So we launched the Women’s Economic Opportunity Facility, the first-ever global facility helping woman entrepreneurs to access capital. It's a US $600 million facility. The goal is to prove that women entrepreneurs are just as credible borrowers as their male counterparts. We aim to benefit about 100,000 women through this initiative.

China right now is really focused on supporting entrepreneurs in general. Why do you think the government is focused on this, and does this have anything to do with China’s economic slowdown?

QIAN: Premier Li Keqiang is trying to advocate for this. One of the economic reforms that China badly needs is SOE (state-owned enterprise) reform. To shake off the vested interests of the SOEs is quite a task. At the same time, the government can set an attractive business model by encouraging and showing that starting your own business and being an entrepreneur rewards well. That provides an alternative engine for economic growth, something new that could potentially grow very fast.

According to the latest from the World Bank, China is now officially the largest economy by purchasing power parity. This means the consumer power of China is something nobody can and should ignore. That brings a huge wave of opportunities for women as well as national economic growth overall.

Back to you: How do you see private-public partnerships going?

YU: The role the business sector can play in investing in the people and unleashing people’s potential is huge, but ultimately to make it work really requires sectors to collaborate and work together. Government, business and civil society – all three need to work together because each one of them has their own expertise, networks, access and skills. Finding a way to synchronize those ideas can make things work much more effectively and ultimately have a greater impact.

This is why when Goldman Sachs designs any partnership, we always find the opportunity to work with the public sector because we know our expertise as well as our limitations. Partnering with government is essential, especially when we are thinking about scaling up certain successful pilot projects. Some of the projects we have been implementing around the world are at a relatively small scale because we are just one company. What we would like to see is more companies joining us and working with the government. We are creating an ecosystem that is enabling women entrepreneurs or entrepreneurship in general to have a better opportunity to contribute to the economy and to society.

Bridget Riley is the Editor of Business Now. She edited down this conversation between Yu and Qian on May 13 before the AmCham China event “Women's Entrepreneurship in China: A New Opportunity for Growth.”