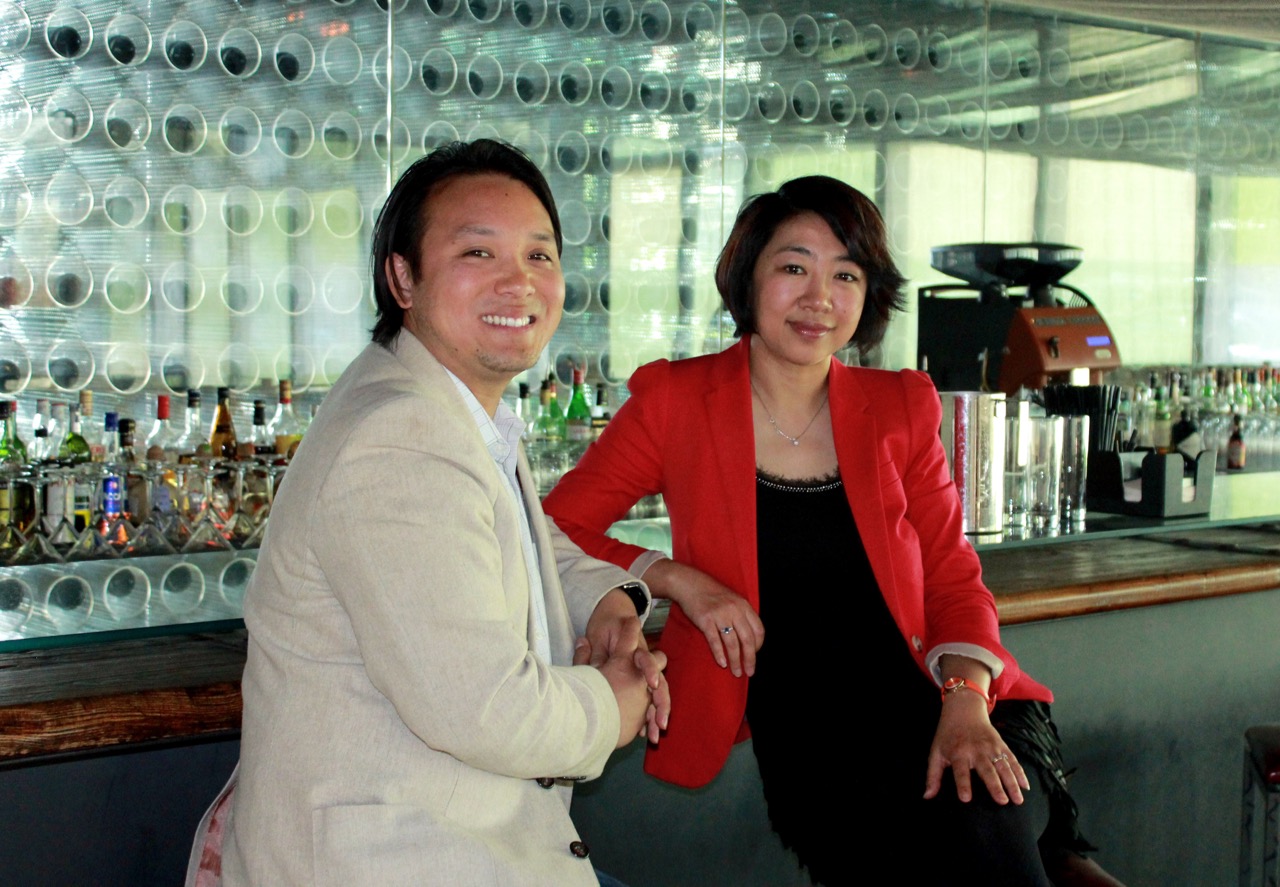 AmCham China Vice Chairman Lin Gao was born and raised in Beijing, yet over the last decade she had to relearn how to be Chinese. Her experience may ring true with many professionals who leave their home countries for extended periods.

Gao had to face this issue head on while serving as Senior Director of Global Government Affairs with her previous employer. She shared this and many other stories with AmCham China member Preston Kuo, CEO of China Foundations, for Kuo's newly launched podcast MADE in China – a series which explores the narratives of business owners and corporate leaders based in China.

Why should I want to listen to what you have to say today?

The point of the story is that when you are that young fish and you live in the water, you don't really sense the existence of the water. So growing up in China, I didn't really understand what Chinese culture was until I stepped out of that fishbowl and immersed myself in another fishbowl with another type of water, and that is when I started to see what China is, what Chinese culture is and what being Chinese means to me. So I think what makes me unique is that I was that young fish, but now I am that old fish who has been to another puddle of water and came back to my old fishbowl.

Tell me about one of the biggest losses or failures you've had in China in terms of business.

When I first moved back to China in 2004, I was leading an IT team in our company, an internal role. Then, after doing that for about eight years, I felt that I was living in an expat bubble, that I am Chinese and I had been back to China for almost 10 years and I still didn't know what doing business in China really means. I started to think that maybe doing an internal role like an IT lead does not really help me understand China and doing business in China. So that is when I went back to my boss and said that I wanted to do something else. I wanted to do something that will help me really understand China. And what else can be more challenging and that can help you understand China more than doing government relations?

I thought it was hard – and I never underestimated that – but what I didn’t realize was that my greatest challenge was that somehow I don’t really look or think like a typical Chinese. I am too dark. Most people take me as ABC (American-born Chinese). And it didn’t help that I have the bad habit of mixing English with Chinese when I speak, so one of my challenges to overcome was to be able to connect to the government officials who look, sound and think nothing like I do.

I remember one time I was in a conversation with government officials and I was trying to make a case about something that they thought we were doing wrong, but I believed that we were doing it legitimately. So I sat there and I  made my case, and then after I was done, he said three words, “Mei ting dong.” Makes absolutely no sense.

I tried to understand what went wrong, and I realized that it wasn't what I said, it was how I said it, in the American way – that we are innocent and that I’m here to show to you how and why we are innocent. In his thinking, the Chinese way, he assumed that I am not innocent, so then whatever I said sounded like I was making excuses. So then I started over and this time spoke with a good attitude. This time, he said he gets it. Attitude is everything.

So the biggest mistake was going in and not seeing things from the other person's view?

Exactly. I see that people tend to connect and work with people that they are comfortable with. That is why when you go to a networking environment you can always see Chinese people huddled together with Chinese people, and expats huddled together. I think it is a failure on both sides. I think a lot of expats live in that expat bubble, and honestly I don’t think they have the courage to step out and make Chinese friends and learn Chinese, and the same way for Chinese people who are always self-conscious about their English.

Fresh ideas come from people who are different from you. That is one thing that I am consciously developing,  to reach out to people who are different. And it’s not comfortable. I keep telling people that I am an introvert. If I go to a networking event, I am scared, too. I don’t want to talk to a stranger either. I would rather be in a corner drinking my Diet Coke, but you just have to do it.

When you say you just have to do it, what are the things you specifically did to make that easier for you?

I have been publishing with my husband on our WeChat platform “MessageCoach.” He calls himself a message coach because he trains executives on public speaking. I call myself a leadership coach. In one of the articles that I wrote, I specifically talked about how do you make small talk. I think that is one of the things that puts Chinese people at the greatest disadvantage at a networking event. Chinese small talk is very limited, just mostly about food (e.g. “Have you eaten?”). It’s just not part of our culture. I give people tips about striking up conversations with Western people.

(My husband) Hubert and I run a training company now and our clients often tell us that they have a lot of Chinese high potentials that get to manager, but then they are not able to move up into executive positions, because they just don’t have the executive presence. But what exactly is executive presence? It’s kind of like a myth everyone talks about, but no one knows what exactly it is and how to develop it?

I have been reading a book lately, Leadership Charisma (by Bud Haney and Jim Sirbasku). When we say someone is a leader, we always comment that so and so has charisma.

Take Bill Clinton as an example. People say that he makes you feel that you are the most important person in the world at the moment. On the flip side, we often see people who, when they are talking to you, are checking their email and playing with their cellphones and making you feel like you don’t matter.

When you think of leadership, maybe you think of something grand, but it’s not. It’s those small things you do that make people feel valued.

Is there something that you do every day that you think may have contributed towards your attitude, curiosity and passion?

I reflect a lot. I make that part of my practice, my routine, my habit.

One of my biggest leadership sins is that I want to win too much. I see that becoming a barrier to me not just as a leader, but as a mother. When you constantly try to prove to your children that you are always right, that’s not good. So I started to be more aware of this. Every time I caught myself trying to win an argument, I would stop and reflect. Am I really trying to prove my point, or just trying to prove that I am right? I don’t think it matters how many trainings you go to, how much coaching you receive. If you don’t take personal responsibility of your own behavior and you don’t reflect, it’s not going to work.

Last day on earth, what's the most important thing you would want people to know?