In Light of the US Presidential Inauguration, AmCham China Chairman Speaks to Bloomberg on US-China Relations 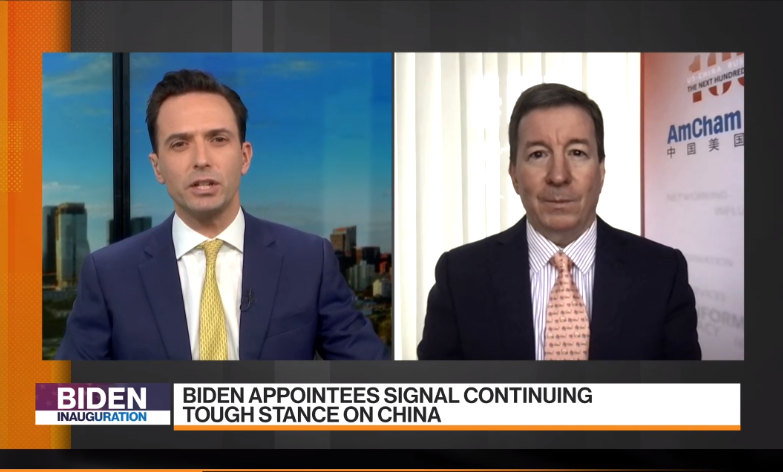 On January 21, 2021, Greg Gilligan, Chairman of AmCham China, spoke to Bloomberg TV about what we can expect from the Biden Administration on US-China commercial relations. For a summary of the interview, please see below.

To what extent will things change in the US-China relationship?

Gilligan: There is momentum that’s been underway for the last couple of years with regards to the US-China commercial relationship, with the implementation of the Phase One trade deal, which hopefully is setting up well for Phase Two. Those things are going to continue, and we hope to emphasize the work that we do to support both US and China in the implementation of the deal. What won’t change is the US-China tensions that we know have been high for the last four years. The new administration is not going to change the fundamental differences between the two governments.

What is your view on the timing of the sanctions given by the Chinese government to several Trump administration officials?

Gilligan: I agree that the timing was unfortunate given it is the first day of the new administration. However, it was also very clearly directed at the outgoing administration. China is saying “We’re going to stand our ground.” But I don’t think it erases the possibility for a reset in relations. I do think there have been plenty of signals that suggest a reset is possible. And, of course, AmCham China, and our member companies, are going to do what we can to try to make that happen. 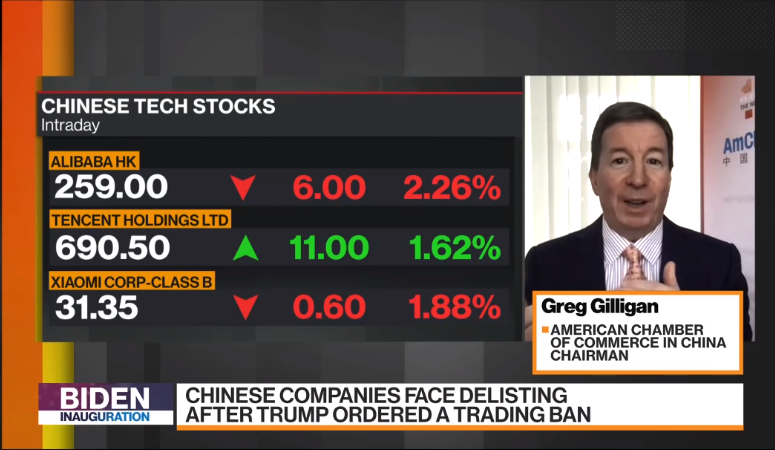 Is there a sense that there is appetite from the Chinese side for a reset?

Gilligan: I think the answer is yes, but it’s a cautious expression of interest for a reset, because the reset needs to be mutual. It needs to come from both sides. We know that there is bipartisan support that is fairly hawkish in the US towards the US-China relationship, so we know there are challenges there. But China will probably do better with the new administration and its more traditional approach to diplomacy, and is ready, frankly, for the multilateralism that is likely to come from the Biden administration.

If you had a wish list that you could send both to Zhongnanhai and the White House, what would be the top things on that list?

Gilligan: Increased intellectual property protection, better alignment between policy and implementation that allows for national treatment and open market access for American business, fair rules on technology transfer, more transparency on subsidies. And then, of course, we want the Phase One trade deal to go well, so that the things I just mentioned can be more vigorously addressed in Phase Two. But nobody is going to talk about Phase Two if Phase One doesn’t meet its goals.

The two governments have been at odds recently in terms of sanctioning officials, competing narratives, and so on. Where does that leave American companies in China? Who do you follow?

Gilligan: We follow the law, where we operate our business, so we have to follow along in both the US and China. That becomes difficult sometimes, because those laws can conflict. Meeting those compliance challenges is never ending work, and we do our best. We talk to the regulators and say, “Look, I’d love to do what you want me to do, but that’s going to put me at risk of violating another regulation.” We continue that dialogue, and are open and honest about what our challenges are, and then ask them to help us get involved with solutions.

To view the original interview on Bloomberg, please click here.