Past, Present, and Future: McGregor Shares His Perspectives on US-China Relations

You are here:
Featured StoriesNews 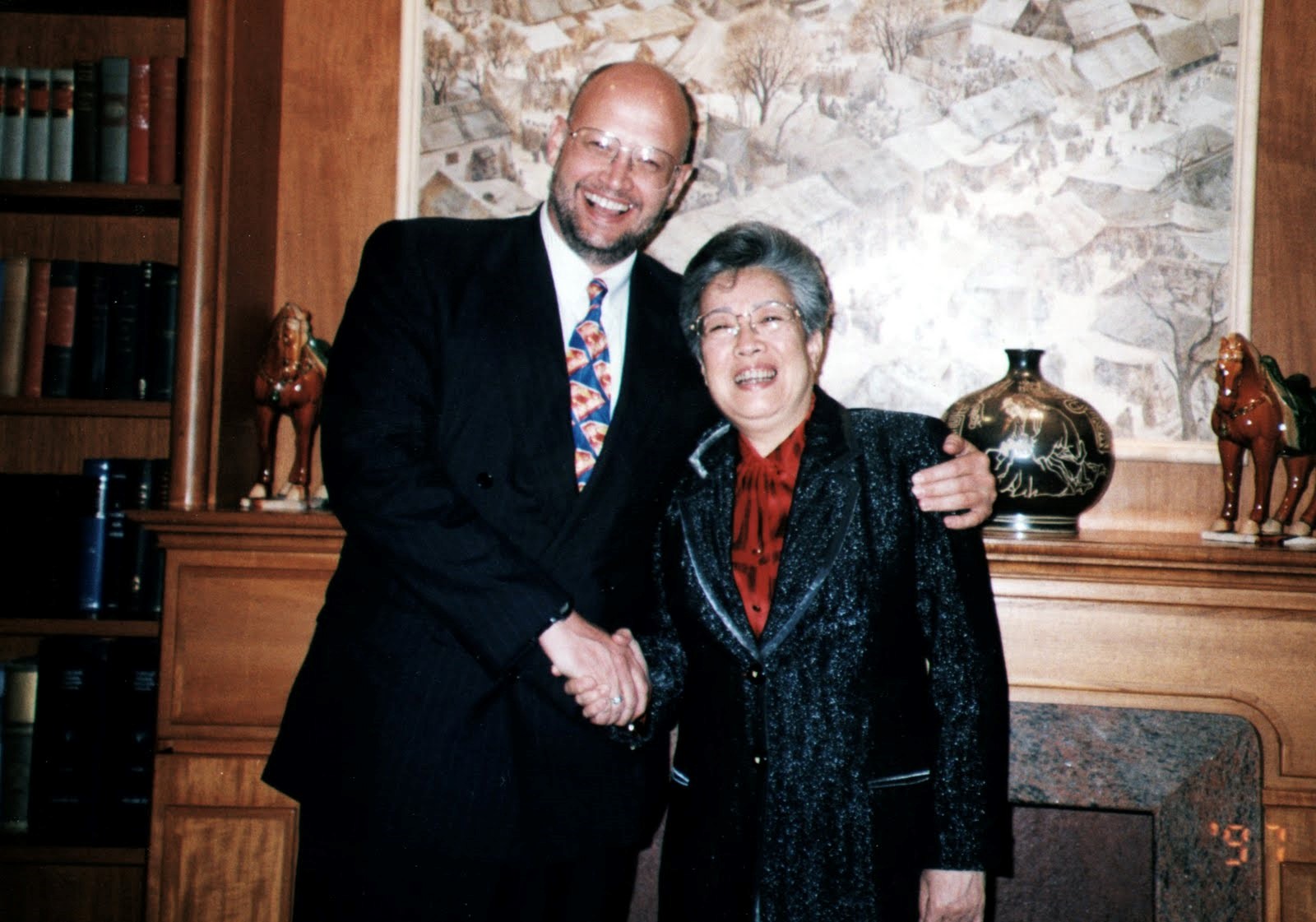 James McGregor, the recipient of the most recent AmCham China Pioneer award, spoke to the AmCham China Quarterly about what it means to him to receive the award, his involvement in AmCham China over the years, the current state of US-China relations, and what he’s keeping an eye on for 2021.

James McGregor has been recognized several times throughout his career, but the AmCham China Pioneer Award, he says, was different. “When you get to be my age, you get a few awards, but this is the one that really mattered to me. I’ve been working with AmCham China for 30 years, and we’ve been through so much over the years in trying to help others understand China and help China be more reasonable in the way they dealt with foreign business, and with foreigners in general.”

McGregor first came to China in 1990, and joined the Chamber in 1991, rising to become Chairman five years later, and has stayed closely involved ever since. “Just being associated with AmCham China moves you above your day-to-day routine where you’re taking care of your business, and you’re worried about your balance sheet and your employees, up into the policy world and the big picture of business between the US and China, with political relations, geopolitical issues, and so many other things. AmCham China also brings everybody together as a community,” he says.

In his remarks at the AGM, McGregor told stories about meeting with a “rude and arrogant” Peter Navarro, almost being thrown out of a meeting with a Republican House member on the Hill, and accidentally insulting then MOFTEC Minister Madam Wu Yi, who later became Vice Premier. But the former journalist is a master storyteller and, on this occasion, plucks another tale from his repertoire, centered on a dinner he had with former WSJ colleague Al Hunt and his wife, the TV anchor Judy Woodruff. Hunt suggested they each bring a few friends.

“I brought [1997 AmCham China Chairman] John Holden, and [China scholar] Jamie Horsley. Judy and Alan invited their friends – Senator John McCain, Senator John Kerry and his wife, Teresa Heinz, and Commerce Secretary, Bill Daley. We had a roundtable discussion on China that was quite interesting! But what it shows is that when AmCham goes to Washington, people pay attention to us, because we’re on the ground in China, and we know what we’re talking about.”

Given the travel and visa restrictions enforced by the pandemic, McGregor describes himself as “the hermit of Lake Vermilion”, where he’s been holed up since January. But despite being a most unusual year in many ways, there have been positive developments. “People have changed the way they do things,” he says. “I’m sitting in a lake cabin in northern Minnesota, but just yesterday I talked [via video chat] to very senior people in the Commerce Department, the State Department, and the US Chamber of Commerce. That wouldn’t have happened before, so I actually feel quite in touch here. But I’m looking forward to getting back to China.”

His year-long exile from the place he’s called home for 30 years has also given a different perspective on the bilateral relationship, even if that’s not solely down to geography. “When you sit in China and you read about America, you go, ‘Wow, what a mess America is.’ And then you sit in America and you read about China and go ‘Oh my, China’s really messed up.’ The politics haven’t changed by the day, but things are darker between not only China and the US, but between China and so many other countries. That’s been hard to watch, but I think my perspective is shifting because of events, rather than because of where I sit.”

One way in which the US-China relationship may have been permanently altered, McGregor posits, is the significant reduction of expats in China, a shift that may have happened over time, with an increase in those viewing the country as more hostile towards foreigners, but a shift that he says has been “dramatic” due to the pandemic. This “people-to-people decoupling” will, he argues, lead to less understanding between the two sides. “When you’re dealing with human beings, you tend to have a much more positive view of things. When that is removed, people are dependent on headlines and what they hear from politicians, and it could lead to a much darker view of the other side.”

McGregor’s current focus – like many of those in the AmCham China community – is on what happens between the US and China under a Biden administration, both the openings and opportunities that may present themselves, but also any changes to how the two sides relate to each other. “Right now, there’s hardly any discussions going on between the two countries,” he says. “There are darker and darker visions from each side, and the rhetoric has become more harsh. Let’s hope that the relationship can be brought onto a new footing. I don’t think we’re going to go back to where it was, but we need to find a new equilibrium. These two countries need to get along with each other, and we need to be doing business with each other.”

In addition to a possible new equilibrium, some in China may have previously thought a new US administration might also bring a new direction in dealings with China, but McGregor makes clear that is unlikely to be the case. “There is only one bipartisan issue in Washington right now, and that’s that China is a bad actor. It’s unanimous across Congress. But there is a coalition among both Republicans and Democrats for America to compete with China and not focus on this go-it-alone containment that President Trump has pursued. If that were to happen, we could move ahead in America and focus on competing with China not containing China, because trying to contain China is a fool’s errand. I think that will be a much healthier relationship, actually.”

McGregor makes clear that this competition will best be achieved through industrial policy, resulting in investments in science and technology, R&D, and technologies of the future. “I’m talking about investing in ourselves,” he says. “Over the last 20-30 years, we have quit investing, and we’ve really reduced government R&D money, and on putting a focus on science and technology. If you look at innovation in America, when we were at our most innovative, it was government, academia, and business working together. Private money is not going to fund these kinds of things, because the return isn’t quick enough. You need government money involved, and they have woken up to that, which is good. We need to wake up, grow up, and compete instead of complaining about China.” 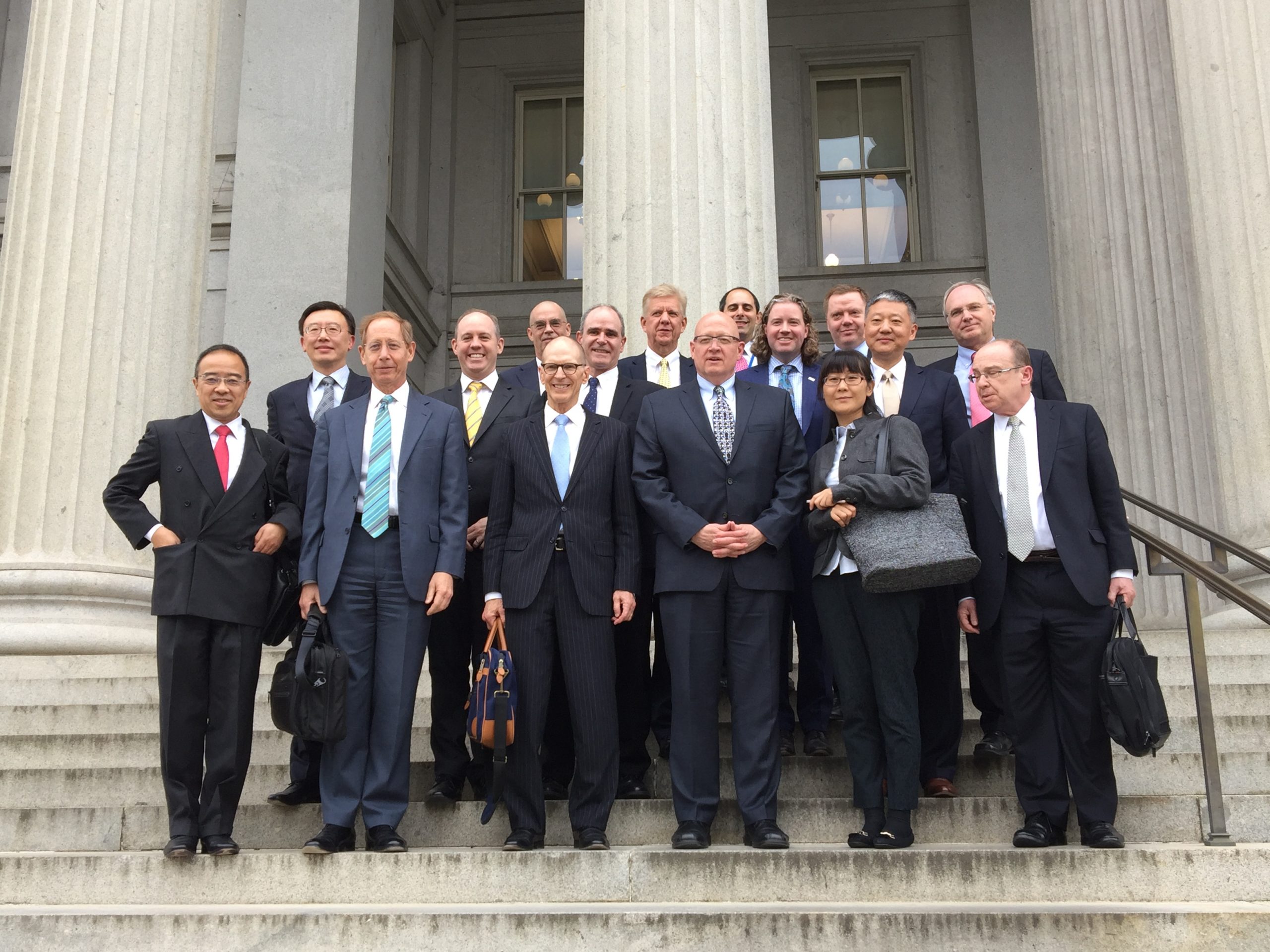 People as the Saviors

When asked about which areas of the bilateral relationship he is most optimistic and pessimistic, McGregor – perhaps tellingly – opts to start with the down side. “I’m most pessimistic about the discourse between the two countries. You’ve got America attacking China on every front it can, and you also have China going around the world with this wolf warrior diplomacy, saying outrageous things and blaming others. We need to have a professional discourse between the two countries, because social media has turned us into a bunch of teenagers yelling at each other.”

But those reasons for optimism – ones that have been so central to McGregor’s decades long career in China – do still remain. “The Chinese people and the American people are very compatible. We get along very well. We are able to do business together, we go to school together, our children marry each other. Chinese people want to be global, and Americans want to be involved in China – and that’s a good thing. We need to continue whatever we can with people-to-people relations, because that’s the rational part of our relationship. The politicians are the problem. They just have to get off their high horses and climb down a little bit and deal with each other.”

In his current role as chairman of APCO Worldwide’s greater China region, McGregor spends his time advising multinationals on various aspects of their business, and so, naturally, is as well placed as anyone to speak to AmCham China member companies on their potential paths ahead. “China is very clear that they’re headed on a path of self-reliance,” says McGregor. “There’s going to be more and more opportunities for foreign companies in China, because China wants more advanced technology, more supply chains in China, and they want growth to come from their own domestic market. So, China right now is focused on being less reliant on the world, but, at the same time, it’s trying to make the world more dependent on China.”

“We talk about whether China has hard power or soft power. China realizes its real power is market power. If you can open up your markets to foreign companies, and make them more dependent on you, then foreign governments are not going to mess with you. But at the end of the day, China wants to do a lot of this stuff itself. So, you’ve got to keep both eyes open when doing business in China, and enjoy doing business in China, but, at the same time, protect your global business.”

One term that McGregor has coined recently is “using China to beat China”. He explains that, for many companies, China is their biggest market, so if they were to withdraw from China, their global market share will be taken by companies from other countries. “When I say ‘use China to beat China’, I mean make money in China, and then invest in yourself at home, because that’s how China used the US to beat us. They absorbed our technology, they learned from us, and they did that to beat us. So let’s use their market and profits from that market to beat China in a competition.”

As a way to illustrate that determination for self-reliance, McGregor points to China’s dual circulation policy, one that he describes as important. “It is China saying that they are going to have to reduce risk from the outside, reduce any dependence on export earnings, and reduce dependence on foreign technology. Meanwhile, it argues for a dependence on growth from the domestic market, and on China’s own technology. So, it really is China hunkering down for what they see is a long-term hostile environment.”

But it’s not all bleak, he says, when it comes to the outlook for multinationals. “What it means for companies is that they may have more opportunities in China, but you better be aware of what China’s long term goal is. One of the great things about the Chinese planning system is they put it in black and white, and they’re very focused on self-reliance, so your job in China is to help them with their self-reliance. I always quote the Qing Dynasty slogan 古为今用，洋为中用 (gǔ wéi jīn yòng, yang wéi zhōng yòng), or “make the past serve the present, make foreign things serve China”.

As a final word of advice to the foreign business community, McGregor returns to a subject that is – and has always been – very close to his heart. “American companies in China have to stay involved in AmCham China, and work with the Chamber,” he says. “Don’t think that because you’ve got your own guanxi, you can go it alone. Work together as a business community, because that gives you some strength in influencing policy, influencing attitudes, both in Washington and in China. I worry that as companies localize more and more, they won’t be as involved in AmCham China – and that would be a mistake, because the Chamber is a very reasonable and very powerful organization, if people stay involved and participate.”

This article appears in Issue 4 of the AmCham China Quarterly Magazine, which you can read here.