Kicking it with Joan Oliver 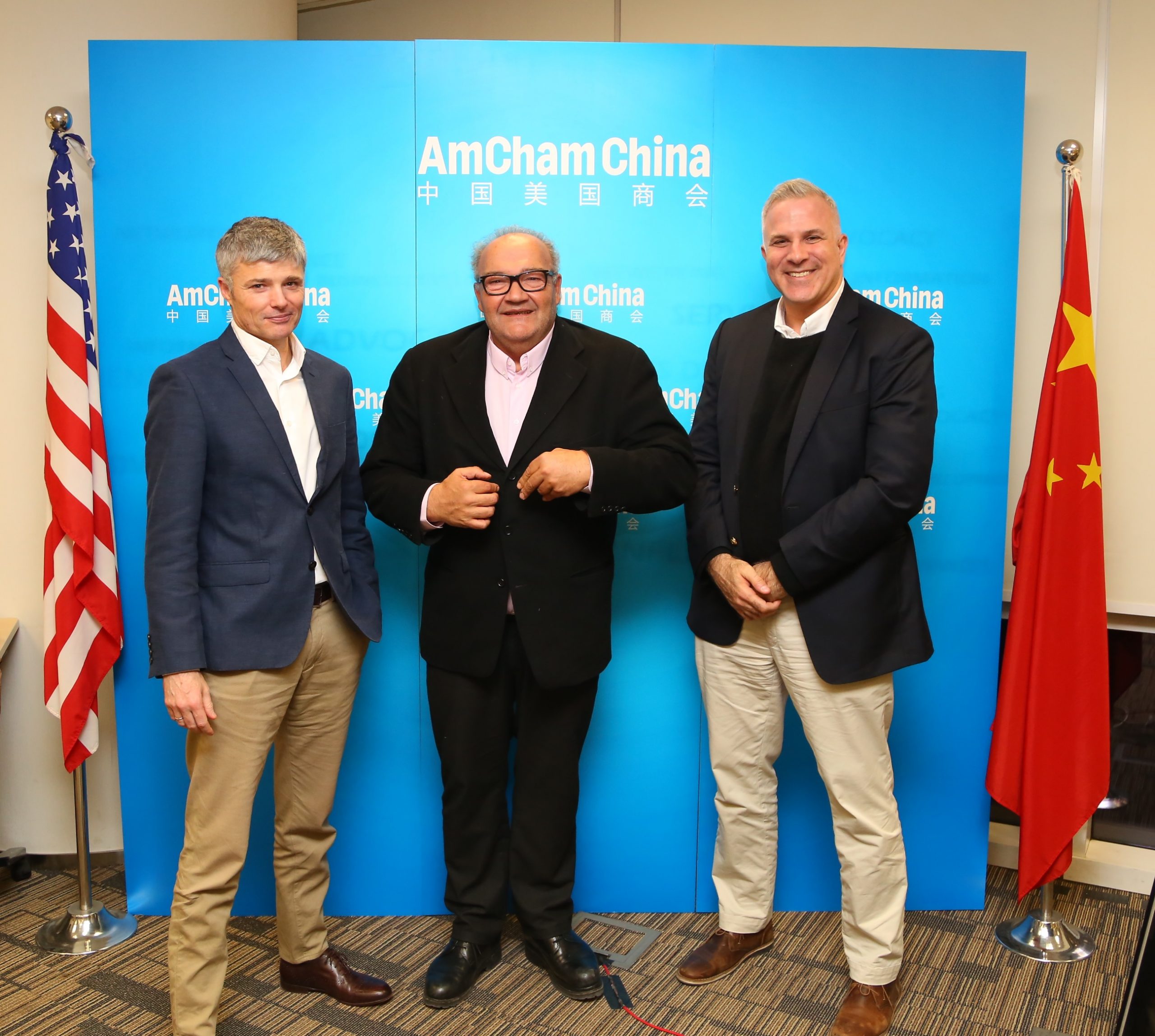 On Tuesday, AmCham China’s conference room was transformed from a center for business conversations to a center for sports conversations, reflection, and good fun as the Sports Committee’s programming for 2017 ended with a winner. The event, entitled “New Goals in Foreign Investment: Owning/Managing a Professional Sports Club in China” was jointly sponsored by the Sports Committee, Entrepreneurs’ Committee, and the Media and Entertainment Forum.

Leading the discussion was Joan Oliver, former CEO of FC Barcelona and the first foreign investor to own equity in a professional sports club in China. He shared stories about his experiences with the beautiful game at Camp Nou in Barcelona and with BIT FC ( 北理工俱乐部) in Haidian District.

“After our experience in Barcelona and the conclusion of the second term of Laporta, our management team was looking for a soccer challenge,” Oliver said. “From a sport perspective, we saw a team hungry to develop and advance its soccer style of play.” Oliver also explained his rationale for investing in the Chinese sports market and described some of the hard work that remains for the challenge of integrating Barcelona-style soccer into the Chinese game.

The second speaker was Matthew Alderson, partner at Harris Bricken and co-chair of the Media and Entertainment Forum. Matthew, a specialist in broadcast rights, enlightened the attendees on the legal challenges facing the owners of sports leagues and franchises of extracting income from the broadcasting of their games.

After the speakers shared their opening remarks, the discussion with attendees launched a number of interesting conversational tangents. Members of the audience drew comparisons to the media business as it relates to football, basketball, baseball, hockey and even cricket. Participants also asked questions about the history of sports media and explored the differences between the experience of the US compared to China. One consideration underlying many aspects of the evening’s conversations was the transition from television viewing to mobile experiences and how it is changing the game.

After two hours of discussion, time was called on the event. For the sports committee and for members of AmCham China, however, the game is just beginning.

Bryan Bachner is co-chair of the AmCham China Sports Committee.