Lessons from an AmCham China President 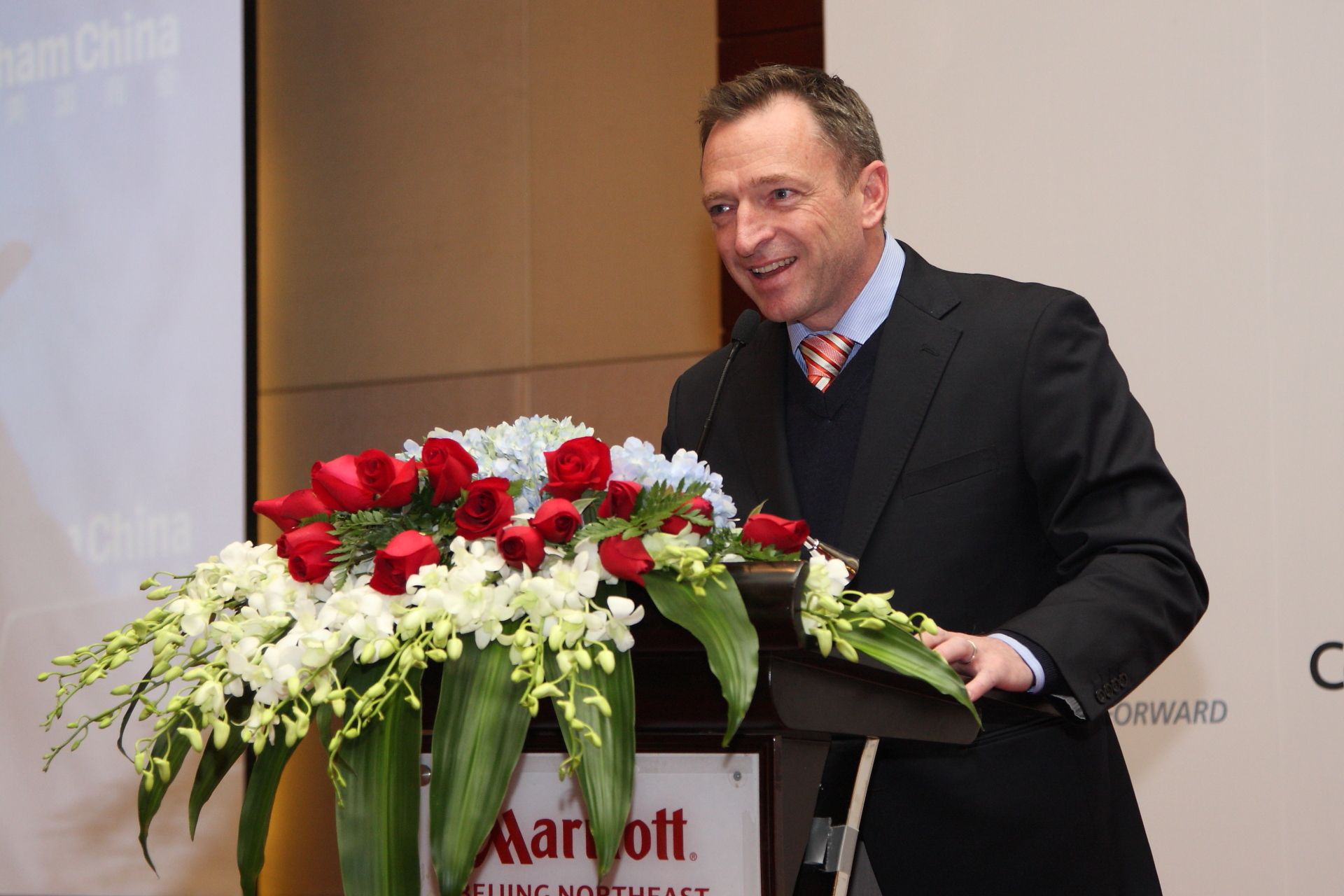 Before leaving his post, Duval took a moment to reflect on his two-plus years in the role.

Is there something that surprised you when you started in this role?

But I did not understand this organization, even with all of that engagement, until I sat in this chair. What I thought I knew about AmCham, and the reality of AmCham, there was actually a massive gap. I learned a real lesson about that in terms of boards – you know when I think of corporate boards, I think, “Wow, do they really understand the organizations that they’re governing?” Because I was intimately involved with this small organization, and I never really understood it until I sat in this chair.

How could anyone sitting on a board change that?

But despite that, you certainly quickly get yourself familiar with the situation and then what would be some of the specific challenges that you were facing during this time?

One of the realities of AmCham is that – especially because it’s a member-led organization – AmCham is made up of everybody’s collective idea of what AmCham is. So you’ve got all of the members, they’ve got all their desires and expectations as to what AmCham should be for them. And in some aspect, AmCham is that. It’s this kaleidoscope of values or offerings. It's business development,  networking, information, training, access, advocacy, just being part of a club. It’s a little bit of everything to everybody. The biggest challenge was synthesizing that kaleidoscope into a vision that could represent everybody’s idea of what AmCham should be, but was clear enough and simple enough that everybody could say, “Yes, that’s it.”

Some people like to be overly simplistic, and they say well you can only have one priority – if you’re not focusing on one thing, then you’re going to fail. Because you can’t do everything well. But I completely disagree with that at AmCham. You can’t focus on one thing at AmCham, because if you focus on one thing, you’re only going to satisfy a very small subset of the members or the issues that need to be addressed. You have to do everything all at once, (and) just figure it out, make it work.

How do you take that learning and apply it to a for-profit organization?

Let me turn that question around a little bit to also be one of the learnings that I had when I took this role.

At companies that are really on the bleeding edge of something, creating some new technology, you can really be passionate around what you’re doing as a company. There can be a passionate conviction around something that that company’s doing.

What I found when I came to AmCham was this underlying sense of being part of something special. We’re an NGO, with a purpose. And we come together around this sense of purpose. There was a magic to that that I really enjoyed, that I hadn’t seen in previous corporate roles.

So to answer your question, now, going back into a corporate setting, how to try to capture some of that magic – some of the charisma, and sense of purpose, and shared sense of destination… Yeah, I guess that’s the leadership challenge, right?

What advice would you give to someone who wants to make big career change?

People really need to look at themselves and have a very frank view of themselves. What they’re capable of, what they’re maybe not capable of, their strengths, their weaknesses, from a character perspective, and then they need to work on those things. They need to avoid situations in which their negative side will be exposed, and they need to go into situations where they can build on their positive skill set. In terms of self development, they need to constantly work on their weaker skill sets, but also to hone and constantly develop their strongest skill set. Say, “OK, this is me. This is where I’m at. Now what am I going to do about that?” And put yourself in situations where you’re leaning on the positive side and not being exposed to the negative side.

What do you think being involved in AmCham can actually help someone develop?

I think that we at AmCham undersell the answer to that exact question. Which is that it’s an incredible experience for somebody in a junior or mid-management role, as well as a more senior role, to actively engage in chamber activities. First of all, to be a part of something that’s bigger than themselves and is outside of their personal career track and their little ecosystem. Typically people have this little pod at work, and they do their 9 to 5, but they’re very focused on their narrow track at work, and perhaps their family ecosystem and friends. Coming to AmCham exposes you to really capable people, and interesting ideas that are outside of your realm of knowledge.

Then the more actively you get involved, the more you can be challenged to learn and grow and develop skills that you would not normally if you just stayed in a typical working environment. So you get to participate at various levels of organizations like working groups or even up to board level, and you get to learn skills, learn how to grow your ability to work with others, your leadership ability, and your governance ability – your ability to understand a bigger picture. So I think that’s one of the huge benefits of AmCham to its members. But I don’t think we sell that well enough.

So, looking forward, which working groups will you join?