Managing the Next 90 Days

You are here:
Latest NewsNews 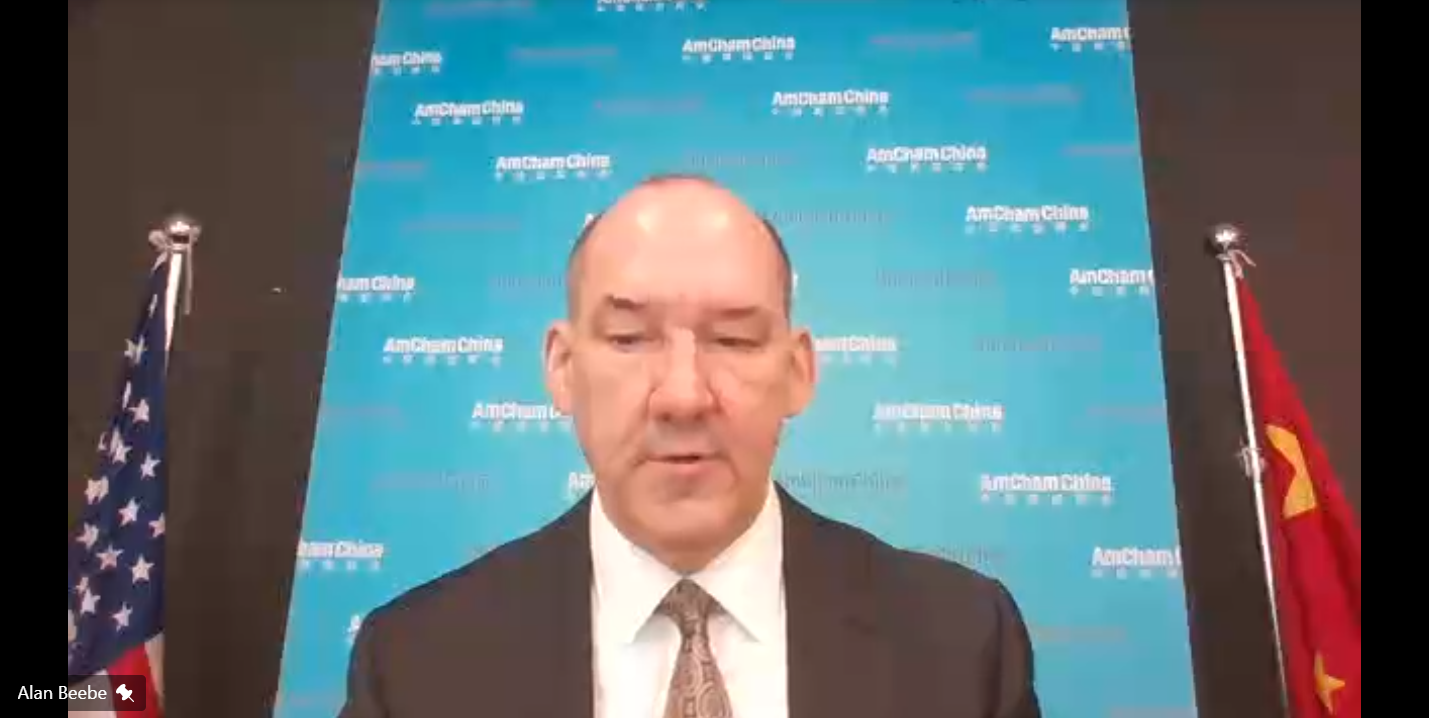 Paul Gruenwald, Chief Economist at S&P Global emphasized that while a Biden administration would continue the current US policy of categorizing China as a “strategic rival” with a focus on the transfer of sensitive technologies, data integrity and health security, its approach will likely de-weaponize trade and be more multilateral.

Recognizing that a transition of power from President Trump to Biden will likely take more than 90 days, Randal Phillips, Managing Partner Asia of Mintz Group, raised the question of whether or not this distraction period for the US government will allow for other countries, including China, to cement gains regionally and internationally. Overall, Phillips said he believes that a Biden administration has signaled to allies that the US has a desire to engage, especially when it comes to renewing interest in TPP and the WTO.

Roberta Lipson, CEO of United Family Healthcare, spoke from a healthcare, education, and environment perspective in regards to US-China relations and stressed the importance of renewed focus and coordination in these areas. She explained that traditionally the US and China have large numbers of students, scholars and researchers involved in exchanges, studies and joint research, building bridges between the two countries. However, currently, this collaboration has significantly declined because of exclusionary policies from the US and the fear of China’s rise in STEM areas. Discontinuation of collaboration and contact in the area of public health has exacerbated the tragedy of the COVID pandemic. Lipson said she believes that Biden will renegotiate US commitment to the WHO, and re-energize funding for public health initiatives, collaborations and exchanges in this important area. Finally, she emphasized that a Biden administration would likely encourage re-engagement on environmental issues, continuing to push for progress on this front.

The Phase One Agreement was the main focus for Sherry Carbary, President of Boeing China’s, section of the panel discussion. She described this agreement as being well accepted by the American business community at large in China, despite some criticism from certain areas in the US. Carbary mentioned that, in mid-2021, President-elect Biden and his team will release a China policy document, and that, due to the fact that Biden seems to be well-known among Chinese government officials, we can expect a much friendlier relationship, highlighting that the American business community in China must be proactive while awaiting the incoming administration, and help shape important policies.

During the Q&A section of the event, panelists mentioned that there will be more multilateral exchange from the Biden team on human rights, vaccine development, and technology. On the topic of China’s previous responses to transitions of US administrations, one panelist explained that normally, there is a lead entity that will serve as guidepost for where the US stands on US-China relations. Currently, the Chinese Embassy is trying to figure out who the lead on China is going to be from Biden administration.

Given the sharp insights across a range of issues provided by the panelists, the webinar was well received by the more than 100 attendees online, with much support for additional events in this series, which may cover a range of angles as the situation in the US continues to progress over the weeks and months ahead.