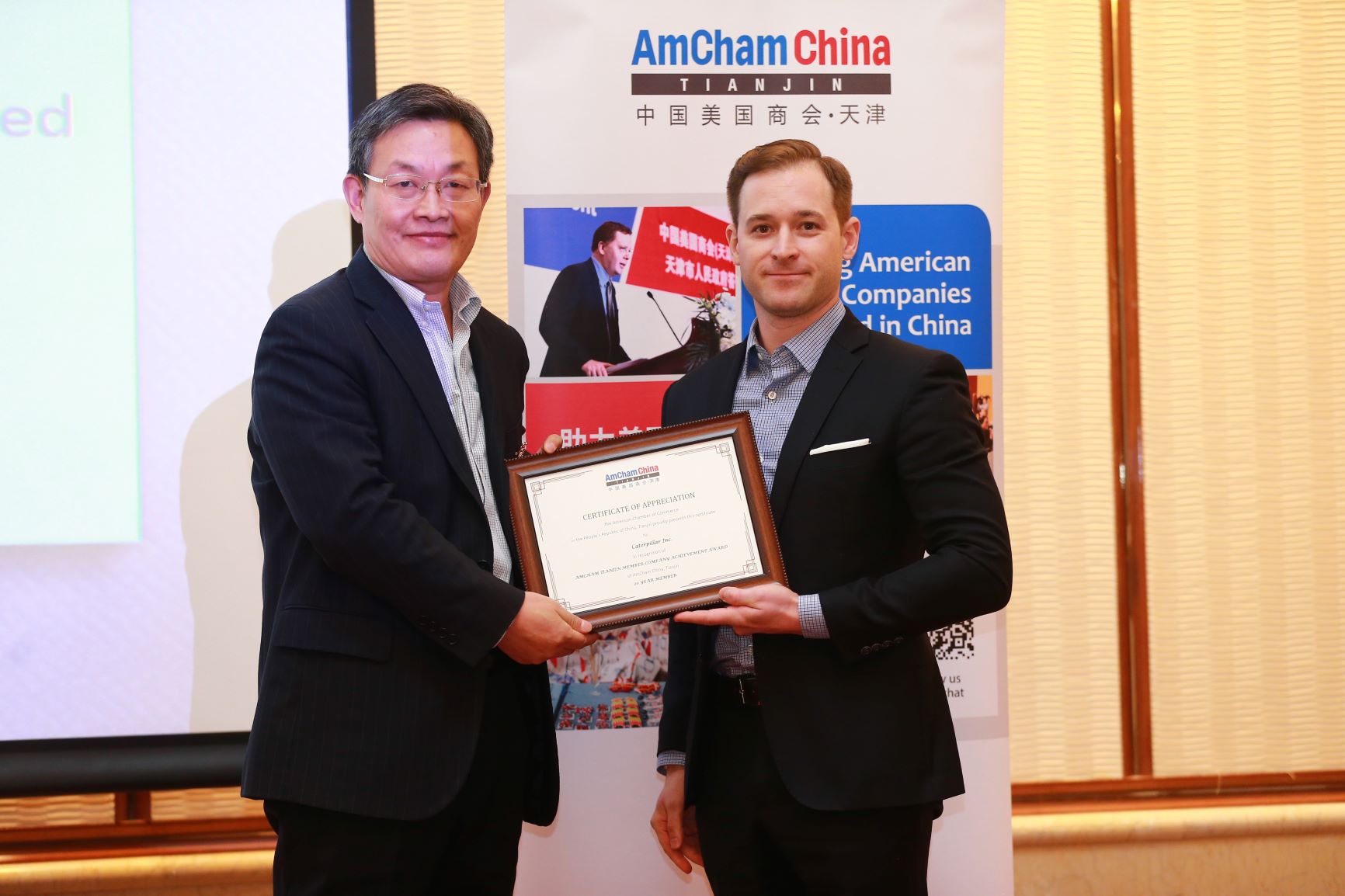 AmCham China, Tianjin organized its grand Annual General Meeting and Winter Holiday Party for the year 2019 at Shangri-La hotel on November 27, 2019. The event kicked off with the Annual General Meeting where AmCham Chairman Martin Winchell reviewed 2019 in terms of Advocacy, Events, Membership, and Services and shared the chamber’s upcoming plans regarding 2020 with the members. This year, we awarded the members in the following categories:

Finally, Martin expressed his gratitude to all the sponsors and with an optimism to carry on the legacy of building the bridge between the government and businesses in China, announced 2020 Executive Committee Members for AmCham China, Tianjin with Michael Hart being the new Chairman. The meeting ended with Martin Winchell being awarded as ‘The Legend’ by AmCham China, Tianjin.

After the meeting, members, families, and friends joined the outstanding Christmas Tree Lighting Ceremony at the Shangri-La hotel followed by fantastic band and choir performances from the International School of Tianjin and a piano performance by Tianjin Julliard School. This year, AmCham China, Tianjin also presented ‘The Legend’ award to Bruce Connolly. To make the ceremony even merrier, Santa Claus was there to mingle with kids and spread happiness among everyone with gifts. The event offered a scrumptious open buffet with 2 thrilling rounds of lucky draws with amazing prizes to hold the excitement till the end! This was a great occasion for the participants to make new connections and catch up with the old ones.

Such a massive and magnificent event would not be possible without the generous help from the sponsors. AmCham China, Tianjin would like to express its heartfelt gratitude to our Exclusive Platinum Sponsor-Modern International Finance Center, Golden Sponsors- Air Canada, United Family Healthcare and Silver Sponsors- Admiral Farragut Academy Tianjin, International School of Tianjin, Tianjin Julliard, Boeing Tianjin Composites for contributing to make the event a great success! A special shout out to Shangri-La hotel for the venue and additional supports.

AmCham China wishes to achieve remarkable achievements and milestones and continue to be a key advocate for businesses to both the United States and Chinese governments in the upcoming year.