Move up or Move out 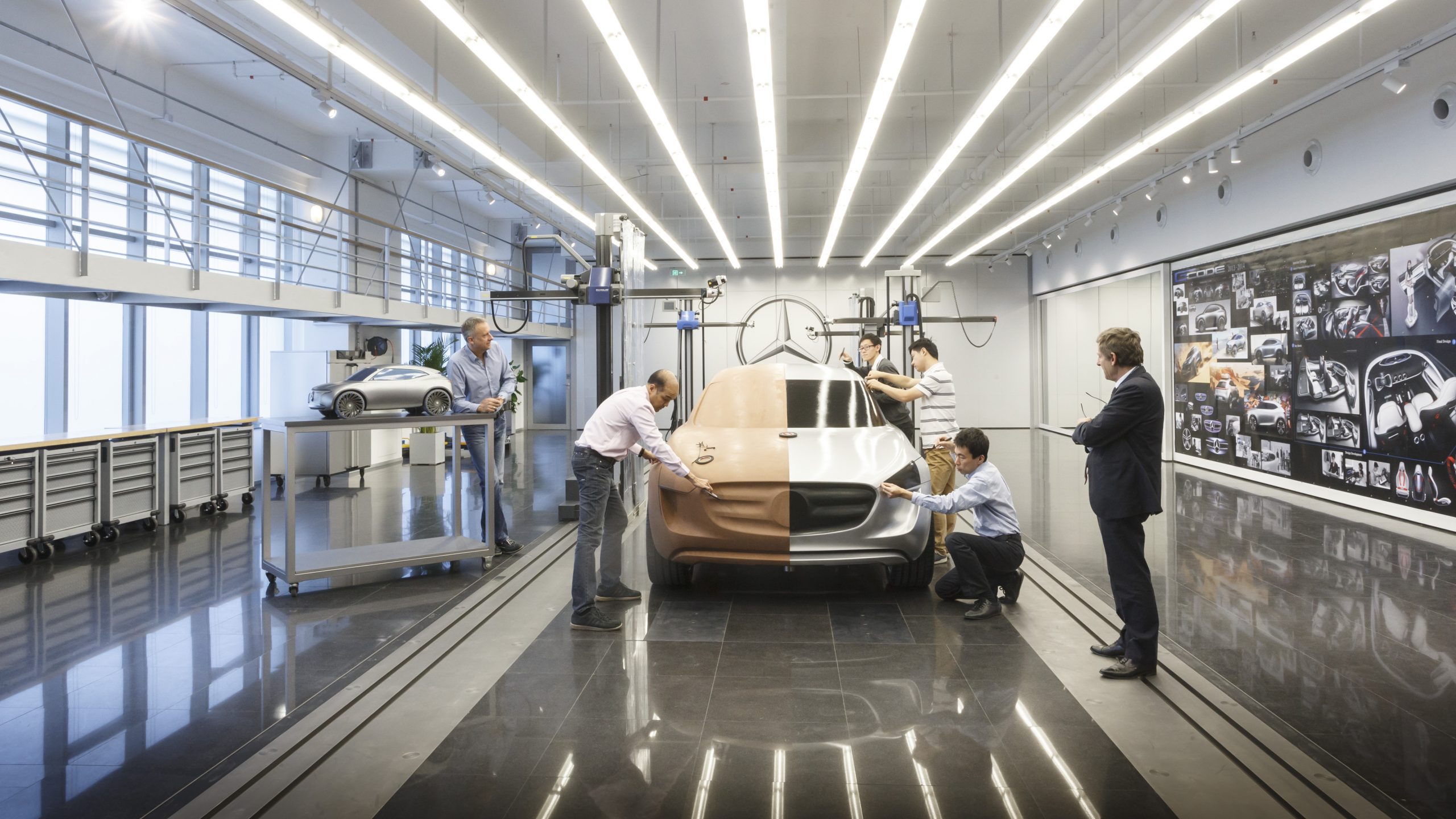 Even as headlines declared that China’s manufacturing sector was doomed, German automaker Daimler last November chauffeured journalists through its spiffy new Beijing Benz plant. Set near the capital's Sixth Ring Road, the plant will ramp up output over the next year and eventually surpass all other Mercedes-Benz plants worldwide in both size and output. Next, Daimler shuttled guests north, to the Wangjing neighborhood, to celebrate the grand opening of a RMB 105 million Mercedez-Benz research and development (R&D) center. This isn't the portrait of a manufacturer in retreat.

Daimler's latest investments in Beijing stand in contrast to the flagging manufacturing indexes. The HSBC China Manufacturing Purchasing Managers’ Index, for example, fell to 49.6 in December, just shy of the 50-point cutoff that separates growth from contraction. The manufacturing sector seems divided between those in decline and retreat and those looking to invest and expand.

“Manufacturers are obviously sensitive to the increasing cost and complexity of operating in China,” said Michael Barbalas, long-time consultant and AmCham China board governor. “However, manufacturers need to be in China to respond to the growing market for their products. The companies I have seen do the best in China have an entire value chain in China from R&D and manufacturing to sales and marketing.”

Not all manufacturers will be able to respond to this growing market in the same way. Rises in labor costs nationwide will continue to drag down conditions for low-cost manufacturers of textiles and leather, but for companies that produce high-value commodities such as automobiles, China's never looked better. That's because this part of the sector requires three resources that China has in great supply: domestic consumers, skilled labor, and strong supply chains.

These three together are potentially the ingredients for innovation, a national priority for the government and a global trend for emerging markets. As a 2013 report by research company Nielsen notes, “Emerging markets … are gaining ground as innovators.” The National Development and Reform Commission (NDRC) has been encouraging foreign investment in new technologies, and giving the cold shoulder to budget producers. Should these three components stay strong in China, innovation may become the next driving force for the Chinese economy.

For the high-value segment of manufacturing, China's GDP ascent has translated into incredible sales growth. The auto industry, in particular, has benefited from this swell. In the past decade, auto sales in China have nearly tripled, from about 8.5 million in 2004 to about 25 million in 2014, according to McKinsey and Company.

“The primary drivers for coming to China or expanding are not the low cost of manufacturing, but the market,” said Dwight Nordstrom, head of the AmCham China Manufacturing Forum and chairman of PRI, a manufacturing holding and consulting company. “Typically, the closer you are to your market, the more efficient your manufacturing is, for a lot of reasons.”

For foreign companies in the auto industry, manufacturing in China through joint ventures helps them avoid high import tariffs. And those, like Mercedes-Benz, who take the extra step of opening R&D centers are better positioned to create cars tailored to the local market. Recent projects at the Mercedes-Benz center range from finding the right cup holder for local drivers to researching China-specific traffic patterns for the future development of autonomous, or driver-less, cars.

Manufacturers of auto parts have also thrived thanks to the booming auto market in China. Being close to consumers matters for both product localization and the practicality of shipping.

“You don't want to be shipping auto parts half way around the world,” said Nordstrom, who has worked with several auto parts companies in his 20-plus years of consulting. “None of our business (in this sector) is leaving China.”

Another one of Nordstrom's clients, Minco designs, manufactures, and markets precision electromechanical devices and integrated components. Minco has only two engineering centers in the world – one in the US state of Minnesota and one soon to open in China.

Nordstrom has been helping to develop the new center, and has been amazed at the depth of the talent pool in China, particularly for technically sophisticated roles. China has the largest labor force in the world (See chart on page 9), and is rapidly becoming the place to find high-volume skilled labor as well. Nordstrom said that for every position, he has seen at least 50 resumes.

“There aren’t many places where you'd get 50 resumes that are reasonably qualified for the position,” Nordstrom said.

For companies headquartered in the US like Minco, adding a team in China can also increase an engineering team's output from eight-hour shifts to an all-day operation by taking advantage of the time-zone difference.

Other companies expanding manufacturing and R&D operations in China see enormous potential in the local labor force, but a potential that is not yet fully realized.

One such company, John Crane, supplies engineered products and services to clients in the energy sector, and has operated in China since 1986. Last year, the company opened an R&D center in Tianjin, its first outside the US or UK. Finding the right people to fill the 100-million-square-meter center hasn't been easy; three more engineers are needed. Yet the potential of the China market trumps any short-term HR hassles. The company expects customer demands to rise with China's energy production, which is estimated to increase by 60 percent over the next 20 years.

“We’re investing in our China business at the highest levels in our history,” said Zhenning Mao, vice president of John Crane China.

Indeed, many companies are clamoring to take advantage of the impressive workforce in China. Speaking to Business Now at the Mercedes-Benz R&D center opening, Daimler's head of design, Gordon Wagener, said there is a “war of talent” currently raging in China.

“There's a lot of head-hunting going on right now because all the foreign companies are building up design centers here, and also local companies are starting to build design divisions as well,” Wagener said. While he mentioned that some of their hires for the Wangjing R&D center are international specialists, Wagener emphasized that it was important to Daimler to generate Chinese talent.

It's been four years since China overtook the US to become the world's largest producer of manufactured goods. The country's unrivaled achievements in industrialization have created a vast network of infrastructure to support manufacturing. The Chinese government has long devoted itself to improving infrastructure, a quest that continues into 2015. In November, the NDRC approved $113 billion worth of new infrastructure projects, according to Xinhua.

In fact, China has a vastly more developed infrastructure than many Southeast Asian nations. In the World Bank's Ease of Doing Business Index for 2015, China was ranked much higher than most Southeast Asian countries. Save for Vietnam, China's place at 90 stands well above India, Indonesia, Cambodia, and Myanmar. This ranking takes into consideration electricity, starting a business, trading, and enforcement of contracts. Vietnam placed above China at No.78 for reasons such as better access to credit. Vietnam has attracted many companies in the lower-end of the value chain, but its sorely underdeveloped ports continue to put it at a competitive disadvantage. (See “When a Move to Vietnam Makes Sense” on page 11 for more.)

Nordstrom provided an example of how China's well-developed infrastructure helps businesses. Univertical, a specialty chemical company he advised, opted to open a factory in Suzhou because all the chemicals they needed to source were readily available in China.

“We didn't have to bulk tank them all the way to Indonesia or Vietnam or somewhere else,” Nordstrom said. “We did (look at other countries), but it was a clear decision that China was the best place.”

Nordstrom, though, doesn't deny that many companies are beginning to find China less hospitable. He noted that smaller companies with investments under $10 million suffer more than multinationals from the lack of rule of law, local corruption, and intellectual property theft, he said.