NDRC Thanks AmCham China for its Support 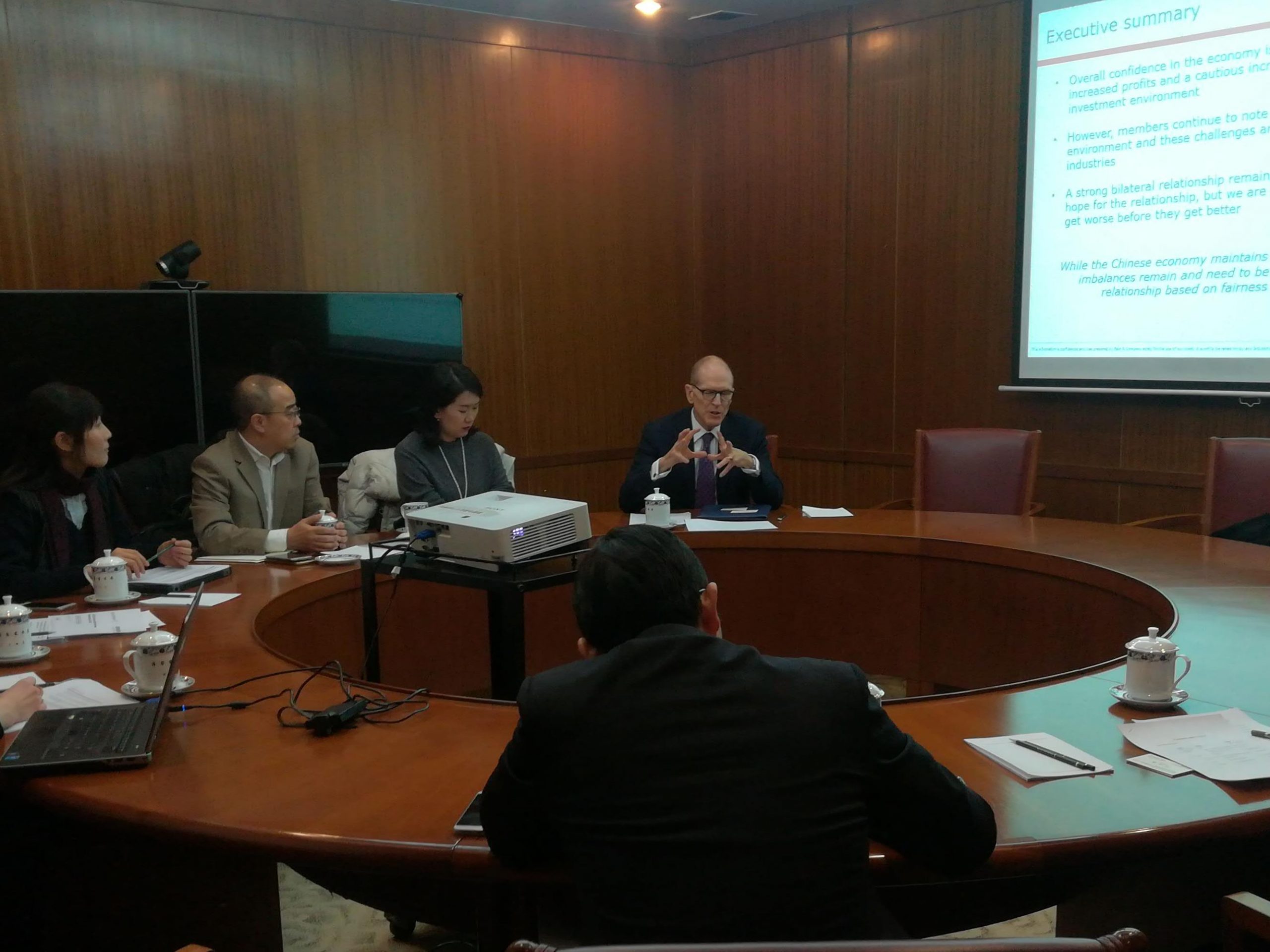 China’s National Development and Reform Commission this week thanked AmCham China for its support during the past year.

At a meeting between NDRC Department of Foreign Capital and Overseas Investment Deputy Counsel Liu Hongkuan and AmCham China Chairman William Zarit, the two sides discussed the highlights of this year’s China Business Climate Survey, which AmCham China will be releasing on Jan. 30.

At the meeting, Deputy Counsel Liu Hongkuan delivered a letter of appreciation to AmCham China for its support for the NDRC in promoting investment in China’s economic development. Foreign direct investment in China rose 4 percent last year to a record US$131 billion, the letter said. The NDRC also expressed its desire to strengthen cooperation with AmCham China in encouraging foreign companies to invest in China and expand their operations here.