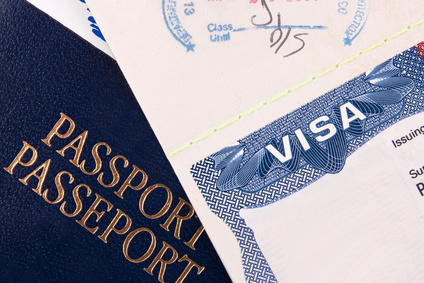 Editor's note: AmCham China will host a lunchtime event (in Chinese only) on April 25, 2016, about changes to regulations on work permits for foreigners. Register today.

Over the past two years, evolving visa policies between China and the US have made it easier than ever to do business between the two largest economies in the world. The changes started in 2014, at the Asia-Pacific Economic Cooperation (APEC) Summit, where US President Barack Obama pointed out that the 1.8 million Chinese who visited the US contributed $21 billion to the US economy and supported more than 100,000 jobs. Reciprocal visa reforms announced after the APEC Summit have opened up trade channels and brought business opportunities for companies doing business in the US, particularly in tourism, education, investment and real estate. Business and tourist visas, once valid for only one year, can now be valid for up to 10 years, and student and exchange visas have been bumped up from one year to five years.

What's more, reforms to Chinese immigration policies have now also made it easier for new foreign graduates and highly-skilled talent to work in China without interruption. The new regulations include 12 policies in Shanghai effective July 1, 2015 and 20 policies in Beijing effective March 1, 2016.

Highlights of the new policies that American citizens would benefit from include:

A foreigner working in China for a consecutive number of four years with six months of stay in China each year who meets certain annual income and tax contribution requirements and with recommendation from his or her current employer, the foreign employee is eligible to apply for a permanent residence permit, or China Green Card. A foreigner with a valid China Green Card is exempted from applying for work authorization permits.

In the past, foreign students could not continue to stay in China after graduation due to the lack of relevant work experience required for work authorization. New policies, however, allow for new foreign graduates from Shanghai universities who plan to invest or work in Shanghai can apply for two-year personal affair residence permit or work-type residence permit. For foreigners graduating from Beijing universities, five-year personal affair residence permits will be issued to allow them to conduct business in China right after graduation.

4.  Five-year residence permit for foreign employees in Beijing and Shanghai

The regulations define R visa holders as high-level foreign nationals who meet at least one of the following qualifications:

There is no age limit for R visa applicants. Foreign talent with proper documentation issued by the Chinese Talent Assessing Authority or company owning a high-tech certificate can apply for R visa directly at the Shanghai airport upon landing. Certified foreign talent can apply for five-year residence permits in Shanghai. In addition, they can also apply for China Green Cards after three years of employment in Shanghai, cutting one year off the standard for those without the R visa distinction.

The aforementioned mutually beneficial immigration policies between US and China have improved trade, investment and business ties by facilitating travel and offering easier access to China and US. The recent implementation of new favorable Chinese immigration policies will continue to bring more business growth for both countries.

Becky Xia is a Partner at Fragomen, a single-focus provider of immigration services and support, comprised of law firms and immigration consultancies in 20 countries across all regions globally.

Jenny Wang is a Manager at Fragomen.

Ariel Hui Wang is a Consultant at Fragomen.