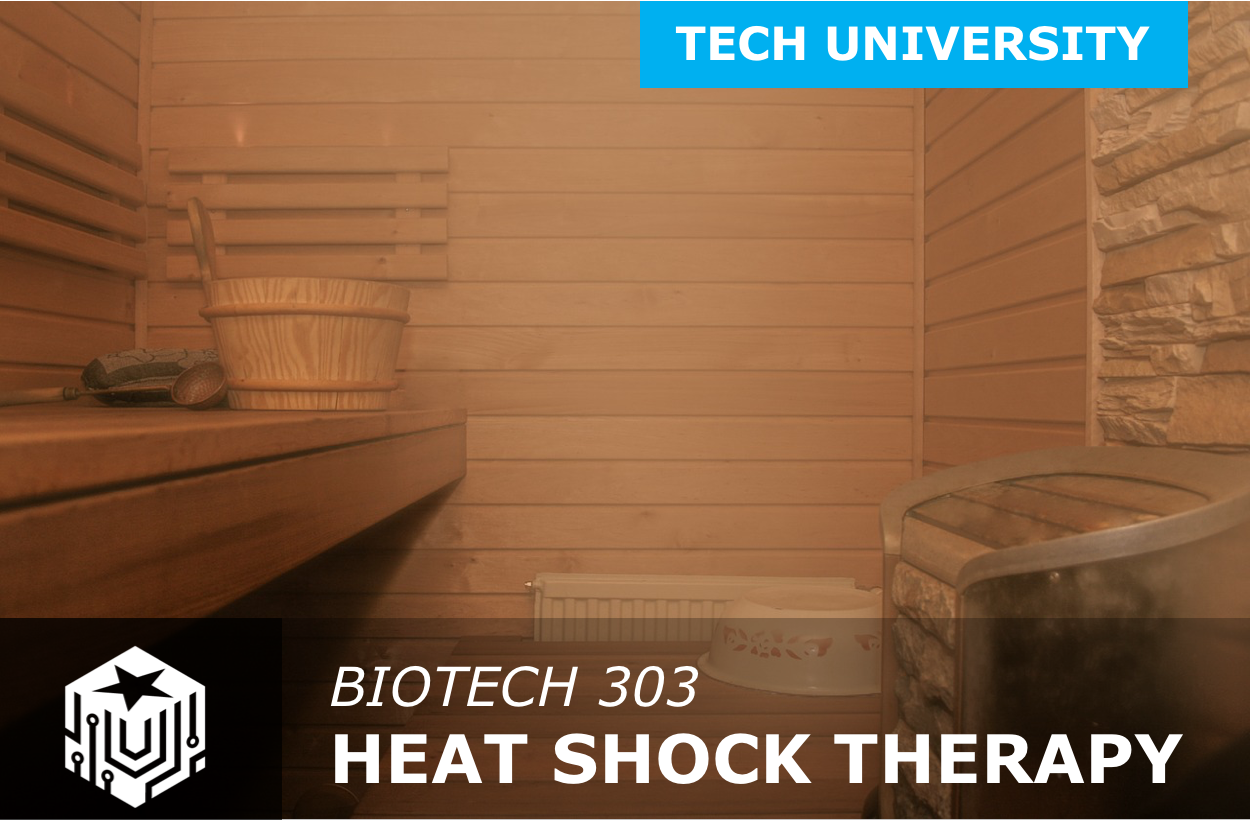 In today's health-conscious society, innovations in biotechnology come in a large range of interesting forms. Every day, new industries are being created, branded, and rebranded by leveraging both cutting-edge, and tried and true technologies that benefit the human body.

In many cases, the industries that have developed from newly research-supported methodologies seem extreme, foreign, and sometimes even scary. But, despite the alien nature of biotech- or biohacking-based therapies such as float tanks, cryotherapy, and heat shock therapy, the technology and innovation that surrounds these treatments are supported my mountains of empirical evidence with results that would stagger even the most skeptical.

While seemingly extreme biotech therapies, like cryotherapy – where an individual stands in a room brought to subzero temperatures for several minutes – might seem more than just bizarre to most people, there are many other biotech-based solutions more familiar to the common person. With thousands of pages of literature behind these treatments, things such as sauna (the most prevalent form of heat shock therapy) is part of a burgeoning industry of biotech-related health solutions that are steeped in bio-physiological precedent.

Sauna, as a heat shock therapy, offers today's health fanatics a fresh take on an old tradition. While sauna has existed for quite some time, only now has the scientific evidence of its benefits truly begun to circulate and become commonly accepted.

Sauna on the Surface

Sauna is a Finnish invention that dates back over 2000 years, and has undeniable and proven health benefits with scientific research to back them. While most assume sauna is beneficial to one’s health due to vague ideas like detoxing, in reality, the benefits of sauna are much, much more concrete and heavily-based in biochemistry.

Stepping into a sauna, one is stepping into an air tight room with a temperature that exceeds 100°C. Quickly, the body begins to perspire, and from the user-perspective not much besides overheating, slight discomfort, and sweating can be detected. However, on a physiological level, a cascade of biochemical reactions is taking place in response to the heat exposure. This results in myriad benefits to the entire body.

A Scientific Look Inside

Heat, like exercise, is a stress with which the body has a compensatory reaction. This means that the body reacts to combat the stress as if it were a real and uncontrollable threat. Being a controlled treatment and not a genuine environmental threat, however, this instead super charges the body and provides the user with profound health benefits. This short-term stress causes the body to react on both a cellular and genetic level, providing the user with health benefits that are extreme and long lasting.

Heat stress from using a sauna activates genes that produce a range of proteins known as heat shock proteins (HSPs). HSPs ensure that cellular proteins – which do all the biological work in the cell – maintain their three-dimensional structures when under stress, and continue to function as normal and optimally. The effect of HSP production is massive and systemic, providing innumerable benefits to cardiovascular, immune, and metabolic health, as well as to overall longevity.

According to Dr. Rhonda Patrick, PhD in Biomedical Science from University of Tennessee, sauna can have a hugely beneficial effect on athletic performance, recovery, endurance, and even the acquisition of muscle mass. This is accomplished through what Dr. Patrick refers to as, "Hyperthermic conditioning", which leads to the abovementioned whole body compensatory response. Through this conditioning both athletic endurance and muscle growth are increased.

Heat shock therapy exhibits powerful effects on both athletic performance and endurance. It does so by increasing blood flow to the heart, which lowers cardiovascular strain. It also increases blood flow to the skin, and triggers the sympathetic nervous system. Triggering the sympathetic nervous system allows sweating to occur at a lower core body temperature, and allows this lower core body temperature to be maintained for a longer period of time.

Additionally, it releases the neurotransmitter norepinephrine – a vasodilator. The release of norepinephrine allows for the accumulated body heat to be dissipated more easily, and in turn, further lowers core body temperature. This cascade of effects in turn increases overall endurance, as the body can devote energy to muscle function that it otherwise would have devoted to thermoregulation in combating the heat stress.

In one study, male runners who engaged in 30-minute sauna sessions, twice a week, following their normal workout, increased their running until exhaustion by 32 percent, increased their plasma volume by 7 percent, and increased their red blood cell (RBC) count by 3.5 percent. These are significant results from what is really a relatively low input treatment that further, until now, has predominantly been a leisure activity.

In terms of muscle growth, heat shock therapy aids in three major ways: HSP production, boosting growth hormone levels, and increasing insulin sensitivity.  Undeniably, exercise leads to muscle growth, but as a stress, exercise also has its own deleterious effects to muscles and proteins. Intense exercise leads to the production of reactive oxygen species (oxidants which cause cellular damage – what antioxidants aim to counteract), proinflammatory cytokines (a broad and loose category of small proteins excreted from immune cells that can cause inflammation and tissue destruction), and other molecules that damage proteins, and thus muscle growth.

HSPs help produce a net increase in muscle growth by resisting the tissue damage done by these compounds. HSPs do so by increasing the expression of both genes that kill damaged cells, and the expression of anti-oxidant genes. Further, heat stress therapy has an astounding effect on growth hormone (GH) levels. In one study, it was shown that with daily, one-hour sauna sessions at 80°C for seven days, there was a 16-fold increase in GH levels over baseline in men – that’s a 1,600% increase that would only otherwise have been seen through drug use.

More than just endurance and muscle growth, heat shock therapy has also shown to have an effect on longevity, disease prevention, and life extension as a whole. In the same way that pro-inflammatory cytokines and reactive oxygen species are produced by exercise, they are similarly produced by normal, everyday living.

…a specific HSP gene mutation is related to a 2.7-fold increase in the chances of a person living to be 100.

Moreover, in the same way these compounds and molecules degrade proteins, they also degrade DNA. When cells become critically damaged, the cell is no longer functioning, but often times will resist normal, programmed cell death – these cells are referred to as senescent (old and dangerous). These senescent cells secrete proinflammatory cytokines and other harmful molecules. The expression of HSPs results in the killing off of these damaged, potentially cancer-inducing cells.

The effects of heat shock therapy on life extension can be seen in many studies. One such study has shown that a specific HSP gene mutation is related to a 2.7-fold increase in the chances of a person living to be 100. Similar studies in flies and worms have shown a 15 percent increase in total length of life. It is very clear that the effects – like the above – of heat shock therapy, on entire body health and wellness are long reaching, and astounding.

Biotechnology has an incredible range of applications, innovations, and new developments coming out with every passing day. But, particularly fascinating are the applications like heat shock therapy – those that tap into biotechnologies from the past for advances in healthcare and wellness today. It is surprisingly often that biotechnologies such as this, those that have such historical precedent and only now the science to back them up, that are the solutions that can provide such profound benefits to people, and are also adoptable for the masses today.