How Trade Tariffs Impact US Companies in China 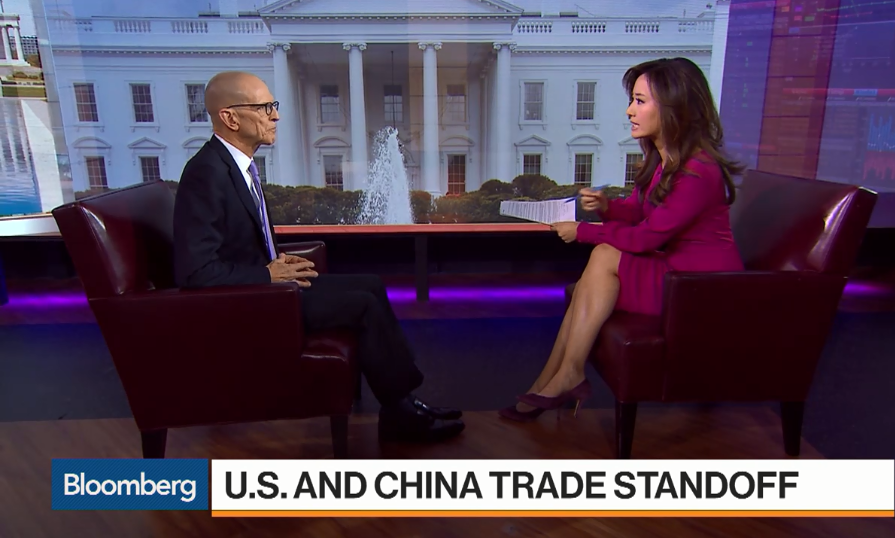 Ahn: Let’s talk a little bit about your members. How’s business been for them in the last few months?

Ahn: Has anything changed on the ground for them in the last few months with this rhetoric heating up.

Zarit: Well, we had heard especially from the [Chinese] Ministry of Commerce, about retaliations, qualitative trade measures, and this was talked about because the Chinese can only put tariffs on so many US imports, because [US exports to China] are only about $170 billion. So the Chinese said, ‘Well, we can punish you in other ways’. But frankly – and I’ve talked with folks at the Embassy and I’ve talked with folks in other associations, and of course with our members – we don’t really see an uptick in these so-called ‘qualitative measures’, like a surprise visit to your factory to make sure that everything is fine, or a tax audit, or a slow down on certification. That happens all the time anyway. We haven’t seen an uptick [recently].

Ahn: And yet we just heard last week from the President & CEO of NXP Semiconductors, Rick Clemmer, who came on the show and talked about how his deal with Qualcomm collapsed. Take a listen:

Clemmer: There was nothing by the regulations or issues that China could identify that couldn’t be resolved associated with the transaction. So it has to be political or some other reason. It’s not about the transaction itself.

Ahn: So, how much of doing business in China has to do with politics?

Zarit: I would say there’s a good percentage, or a good portion, that has to do with politics. Three-quarters of our members say that a strong US-China relationship is important for their business. Part of that is just the economics, but a big part of that is the politics.

Ahn: You’ve been following the China market and also its relations with the US. When was the last time that you saw tensions so high?

Zarit: Tensions were very high when I was working in the Embassy back in the 90s when we had the accidental bombing of the Chinese Embassy in Yugoslavia. Tensions were extremely high at that point, but that was not economic based. Economic tensions haven’t been so high in my 30+ year career with China [as they are now].

Ahn: Are your members talking about changing business decisions because of what’s happening right now?

Zarit: Members are doing what they can to diversify their supply chains, which they probably should have done in any event, but now they’re doing it a little more quickly. In terms of moving production offshore, that takes a few more years, but it is in their plans, or at least in the feasibility studies for a number of companies.

Ahn: What sectors are being affected the most right now?

Zarit: The ICT industry sector has actually been affected a lot over the past number of years and that is continuing. The consumer sector is still very strong. Industrial and manufacturing is being affected.

William Zarit, Chairman of American Chamber of Commerce in China