ONE Reason to Cheer, ONE Championship 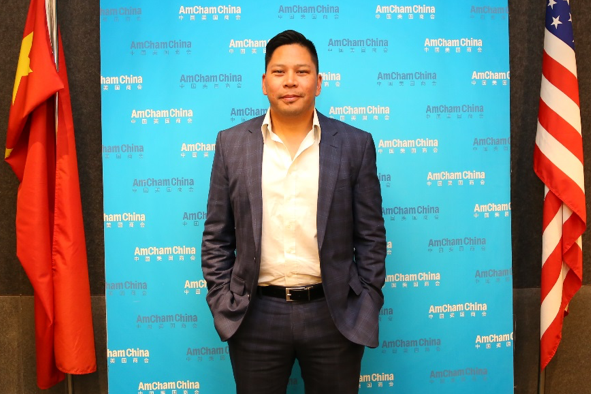 As the only pan-Asian global sports media property on the continent, ONE Championship has achieved some of the highest TV ratings and social media engagement metrics in Asia with its unique brand of Asian values, world-class athletes, and high production values. ONE Championship events have been held in the largest stadiums in the most iconic cities across Asia, achieving a global broadcast reach of 1.7 billion viewers across 136 countries. It has also achieved 6 million views of a single event in just 24 hours. During the talks, Victor shared some of the key factors in managing such a successful business.

"To Inspire a Generation” – The Culture Behind a Successful Business

A successful business is grown from the roots of a strong corporate culture. ONE Championship is a celebration of Asia’s greatest cultural treasure, entrenched in the Asian values of integrity, humility, honor, respect, courage, discipline, and compassion. By building a world of heroes who are instilled with the spirit and honor of fighting, Victor hopes to inspire the younger generation to become better individuals, and better citizens of the world. When asked where he sees his business in five years, instead of providing financial figures, Victor said, “I hope kids who grow up watching ONE Championship games would aspire to become the best in everything that holds their interest.”

Own Your Own Community with Social Media

The room was shocked when Victor mentioned ONE Championship’s plan to provide free viewing for events on ONE’s upcoming online APP. Victor explained that this is a part of his strategy to draw attention to his own social media platform. “You don’t own anything on Facebook or YouTube,” Victor said. The key to a business’s survival in the big crowd of social media is to develop a unique community. Through this, people will form a sense of brand loyalty.

Victor pointed out that many companies have been operating incorrectly – implementing the same advertisement strategies for social media as they do television. These companies fail to recognize that the users of different platforms possess different backgrounds, expectations, and needs.

In addition, these platforms require varying degrees of engagement. For example, television advertisements are perfect for broadcasting long-form, one-way messages. The group of people who like to watch television prefer to receive information passively. In this case, a video that attractively displays your product is optimal for television. However, when it comes to social media platforms, people possess a faster pace of consumption and are more likely to want to engage in discussion. A long video may not be the ideal way to target this group. Instead, short videos which create a hot topic and promote instant discussion is preferred.

Throughout the roundtable discussion, Victor generously shared his knowledge of sports media with AmCham members, causing a shift in perspective as to how a start-up company can be run. Participants benefited significantly from his speech, his ideas, and the example he has set in the sports media industry. Looking to Victor and ONE Championship as a prime example, there are still many chances to learn from the best in sports business. In 2018, AmCham China Sports Committee is launching a Sports Business Know How Series, and look forward to holding more events of this caliber.