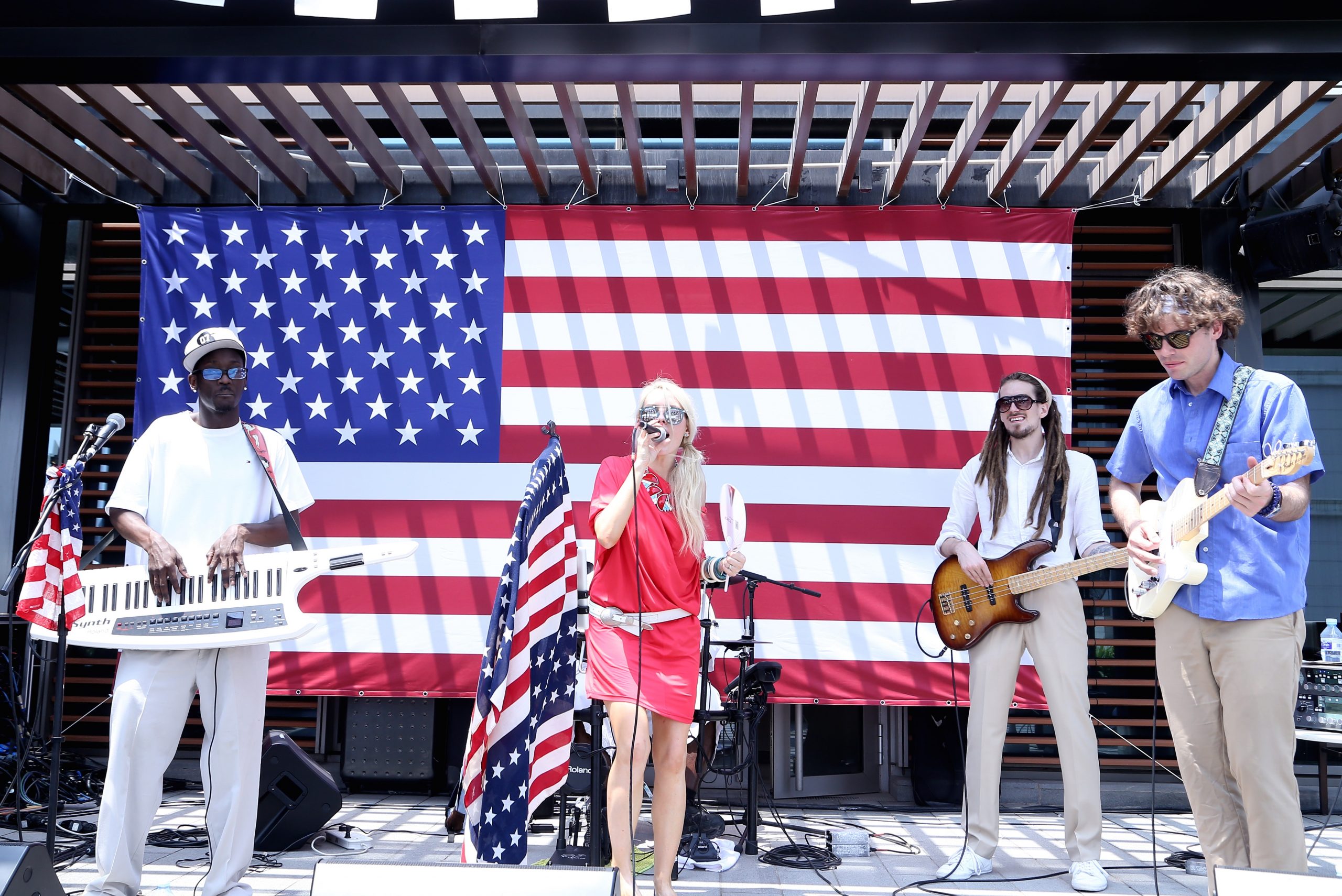 Burgers, beer and giant inflatable playgrounds – AmCham China ensured all the essentials for a memorable American Independence Day were in place on July 2 at the Nuo Hotel. Upstairs, kids ran amok with water guns and rock band Nanci and the Fantastic jammed out. Downstairs, the entertainment included a bouncy house, football and a putting green. About 300 people came out to join in on the fun and mingle with fellow members and AmCham China leadership, such as Chairman James Zimmerman and President Alan Beebe.

This year marks the 240th anniversary of American independence from Great Britain – and comes at an interesting time for the UK as it recently voted to leave the European Union. To encourage American voters to make their voices heard in this November's election, US Embassy staffers were on hand at the event to help US citizens register to vote. Those who missed this chance can also follow the steps on our how-to guide for US citizens living abroad.