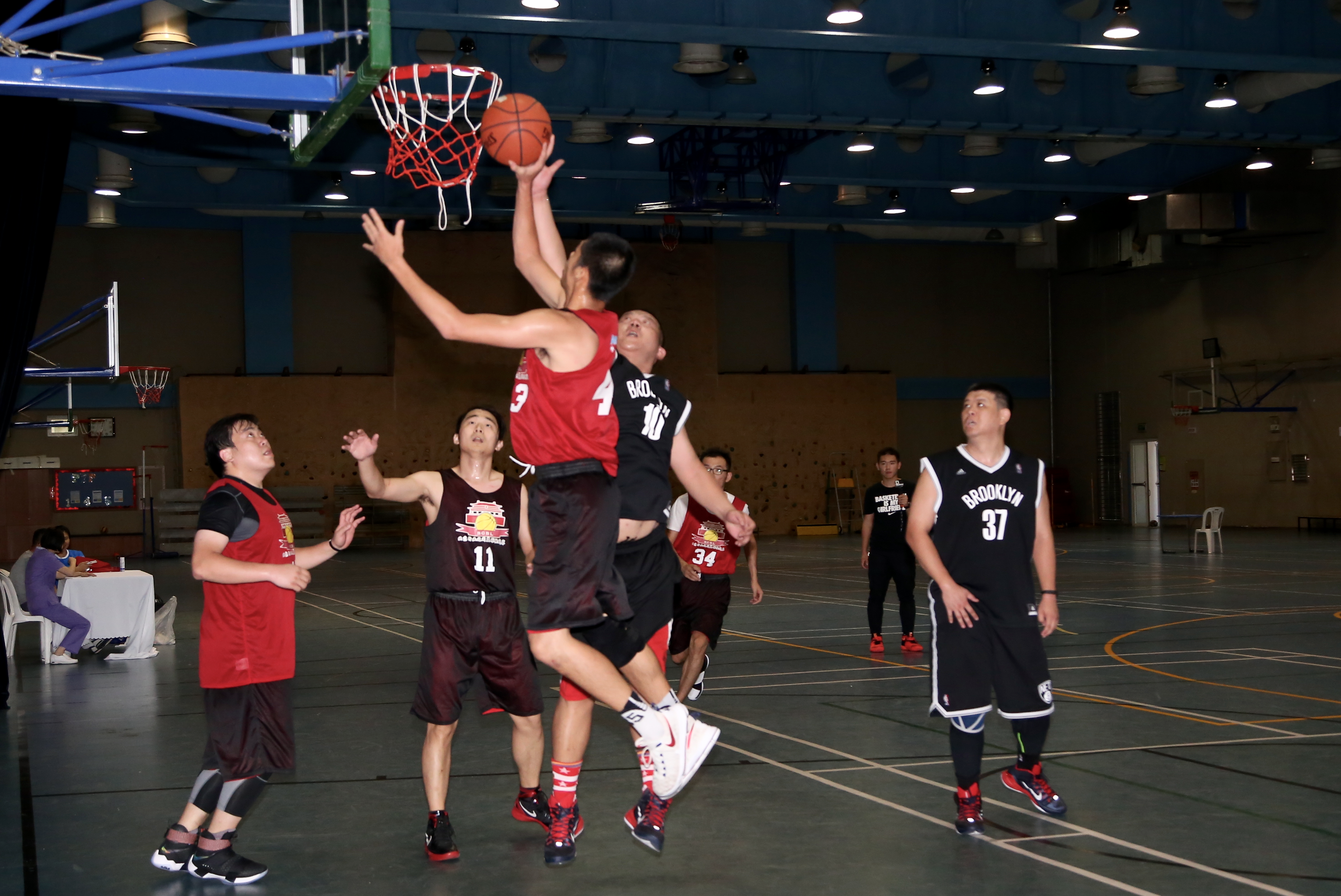 “Defense!” It was the last 60 seconds of the final match of the AmCham China 3-on-3 Basketball Tournament. Players and fans cheered on the sidelines as the Nike team and the NBA China team faced off for first place. In the very last minute, NBA China had caught up with Nike and the teams entered overtime with a tie score. The NBA China team knew they had tough competition.

“Nike has a young talented player who has just graduated from college,” said Victor Liu from NBA China. “He moved fast, jumped high and has longer arms.”

NBA China shifted their strategy to be more aggressive on the other two players to avoid Nike’s young talent. And, with this smart tweak, NBA China captured a chance to surpass Nike in overtime with a 3-point shot, and finally secured their place as champions.

It was one of the many highlights from the first-of-its-kind tournament, held Saturday, Sept. 3, at the Beijing City International School. Throughout the four-hour tournament, where eight teams of three matched up for 10 games of 10 minutes each, players from all the teams kept a friendly, collegial atmosphere. The eight teams were: Carlyle & Goldman Sachs, EventBank, Halliburton, Jones Lang LaSalle, NBA China, Nike, Standard Chartered and United Technologies.

After NBA China and Nike, Carlyle & Goldman Sachs came in third place. A member of that team, Tian Ai, said his favorite moment of the day came before the start of the 3rd-4th place game between them and JLL. Both sides greeted each other warmly, shaking hands and cracking jokes while getting ready to start the game. This is what sport is all about, he said: exercising body and soul, meeting new friends and challenging yourself both mentally and physically.

The tournament also went smoothly thanks to the sponsors who pitched in. NBA China and its partner Spalding provided balls for the tournament. Beijing United Family Hospital and Clinics had a physiotherapist and nurse specialized in sports injury on hand.

The basketball tournament is one of the first pilot programs of AmCham China Sports Committee, which seeks to provide all members of the AmCham China community the opportunity to participate in events that encourage healthy competition, exercise and networking. It allows AmCham China member companies to motivate their employees to exercise and compete, to be fans and supporters of their fellow employees and to create more family-friendly opportunities.