Run in the Biggest Election of the Year 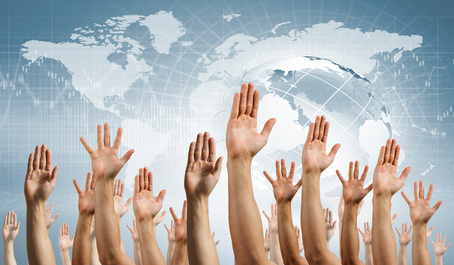 In the 35th year since the Chamber’s founding, you have a chance to influence the important decisions being made in the most vibrant foreign business community in China. AmCham China governors will lead the Chamber through this period of transition for the Chinese economy and U.S.-China Relations, contributing to debates on the Chamber’s policy positions and operational direction, and representing the Members to our most important stakeholders.

Does this sound like you? If not, then who?

The deadline for nominations is 5:00 PM, September 1, 2016. This year’s Annual General Meeting will be held on Thursday, November 17.  Your 2017 Board of Governors will be announced at the conclusion of the meeting.

The election will be conducted on a dedicated SurveyMonkey account. If you have previously opted out of receiving emails from SurveyMonkey.com, or have certain security protocols in place, you will not be able to receive a ballot. If you wish to participate in the elections this year, please take a moment to go here and unblock your email address.

A complete nomination requires the signatures of two voting members, and self-nomination is allowed as long as it is seconded by a separate voting member. Voting members can nominate more than one candidate.

Click on text to download the 2017 BOG Election Nomination Form and information on roles and responsibilities of the Board.

For more information about becoming a candidate for the Board of Governors and to receive an official nomination form, please send an email to nominations@amchamchina.org.

*Please note: ALL election related communication must be through the aforementioned e-mail address. If you do not send information to this e-mail, we cannot guarantee that it will be processed properly.