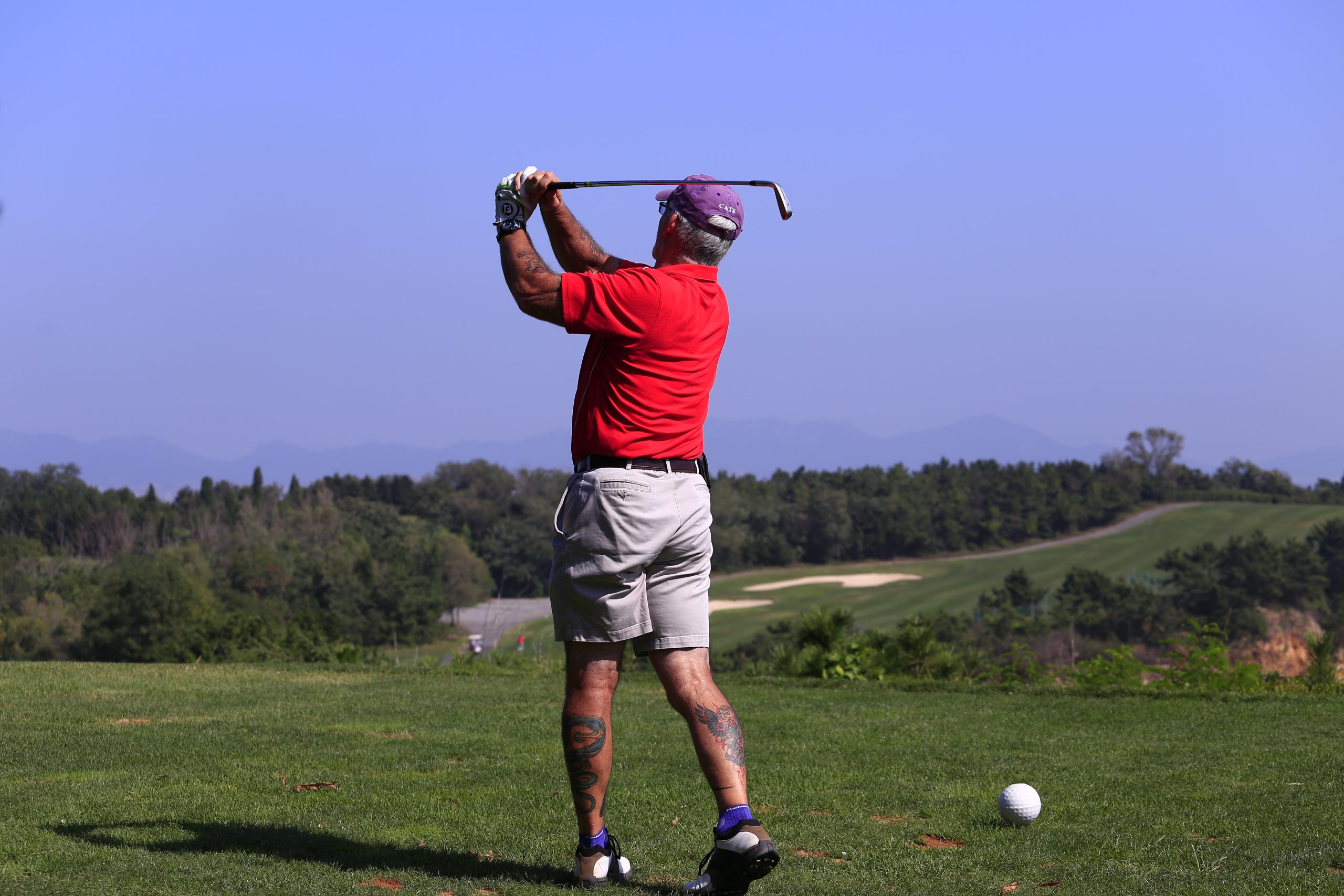 The 8th Annual Charity Golf tournament for AmCham China’s Northeast Chapter, held on Septmeber 23 at the prestigious Golden Pebble Beach course, included 36 competitors, some of whom had travelled from homes as far as Shenyang, Beijing, Dandong, and Tianjin. After a rainy night, the players enjoyed clear, sunny weather and stunning sea views as they played for over five hours on the course, fortified by refreshments and cold drinks.

After the game, participants, family members, and spectators gathered for the post-tournament barbecue, awards ceremony, and distribution of lucky draw prizes. Michael Felker and Jude Schlesselman won first price, James Boyce won the Closest to the Pin Award, and Michael Felker also won the Longest Drive award. With cold beers from Devolution Brewery on the beautiful terrace of the Somerset Kaifaqu, the afternoon passed with much laughter and enjoyment.

AmCham China Northeast Chapter would like to thank U.S. Consulate of Shenyang Consular General Gregory May, U.S. Consulate of Shenyang Management Officer Kwang Kim, AmCham NE Chairman Chris Smith, Kim Michalk, Michael Felker, Darren Gibby, Terry Wolfson, and Windy Lv for their great contribution to the organization; and to Alex Scilla and Daniel D’Urso for coming all the way from Tianjin to participate in the tournament.

This year, the charity event raised more than 23,000 RMB, and proceeds from the Charity Golf tournament will go to support the work of Wang Da Jie Nursing Home for the Elderly. We appreciate your support and look forward to putting with you next year.

Maddalena Di Tommaso is the Northeast Chapter Manager at AmCham-China.