Shall We Shake or Scan? 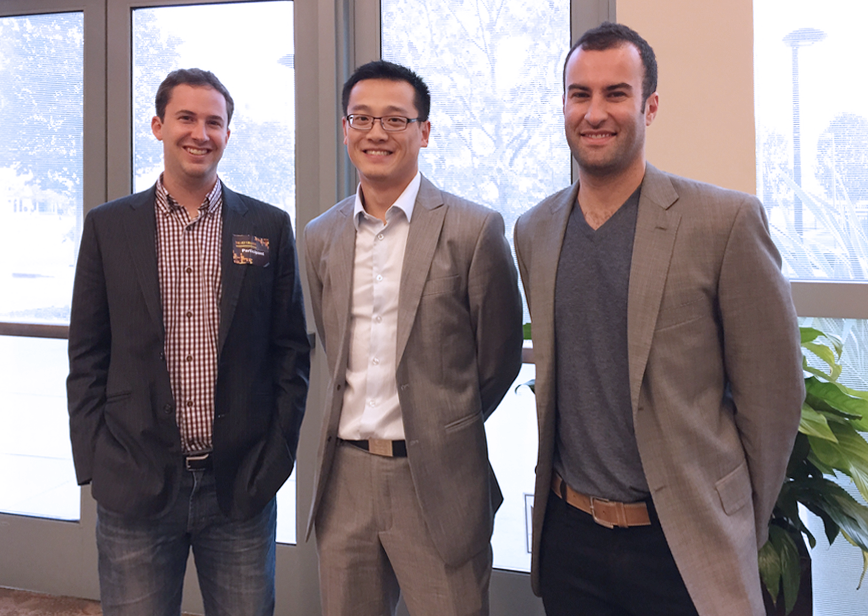 By Matt Conger and Phil Kohn

It is an increasingly common scenario when doing business in China. The meeting has concluded and the two sides must now exchange WeChat contact details. Who goes first? Do you block that person from seeing your moments? Do you wait for the other person to confirm the new request while you're present together or do you assume she'll do it later?

WeChat has introduced an entirely new dimension to business communication in China. We think it's here to stay.

In the US, email killed postal mail. In China, we predict WeChat is going to (mostly) kill email. And though this implies even more obsessive phone checking, we believe that China's leapfrogging of email to WeChat is a good thing.

Business email between Chinese and foreign counterparts has been less efficient than email within the borders of any Western country. If Chinese managers were slow to embrace email, why are they so fast to embrace WeChat for business communication? WeChat was so ubiquitous in personal communications that it was only a matter of time that some business matters started moving to the platform. More China-specific reasons are needed. After all, Facebook Messenger has certainly not displaced email in the US as a means of talking shop.

We see three factors unique to China that sparked the growth in using WeChat for business. First, introductions are much faster to accomplish. A prevalent Chinese attitude is to offer introductions warmly and openly. Simply create a group chat, leave a voice message, and you've just introduced two (or more) business contacts. Second, WeChat has a web and desktop client that allows you to chat while at your computer and, critically, drag-and-drop files. The absence of Dropbox and Box and the lack of traction achieved by their Baidu and YouDao knockoffs indicates that file sharing hasn't had an easy solution until WeChat. Third, stickers. Stickers are awesome.

Any analysis of WeChat vs. email must also look at a similar battle playing out in Western countries: Slack vs. email. The New York Times called Slack the app that could kill email. We use it at SeekPanda every day. Yet as email faces a two-front war from WeChat and from Slack, it's clear WeChat is the more formidable force. Slack, which we love, is only for internal communications. WeChat is used both internally and externally.

The best days of WeChat are probably still ahead. As Alipay and WeChat Wallet creep their way into larger B2B transactions, and as government entities begin to allow civil matters like parking ticket payments, WeChat will only become more ingrained in business communications.

We can also explain WeChat's prominence in business communications with a more cynical explanation: People check their phones more often than their email. If a supplier is late on a shipment and I send them an urgent message, the business morals of 2010 would say that the supplier has two days to send a response. In 2015, we know everyone checks their phone multiple times an hour. The morals of today may say the supplier has to respond by the end of the day.

There is no better sign of WeChat's elevation than a recent scene we saw play out in Shanghai. US Ambassador to China Max Baucus was at a luncheon with senior Party officials from Shanghai. As if on cue, when the luncheon was ending, the senior-most Party member leaned over and said, “Shall we shake or scan?"