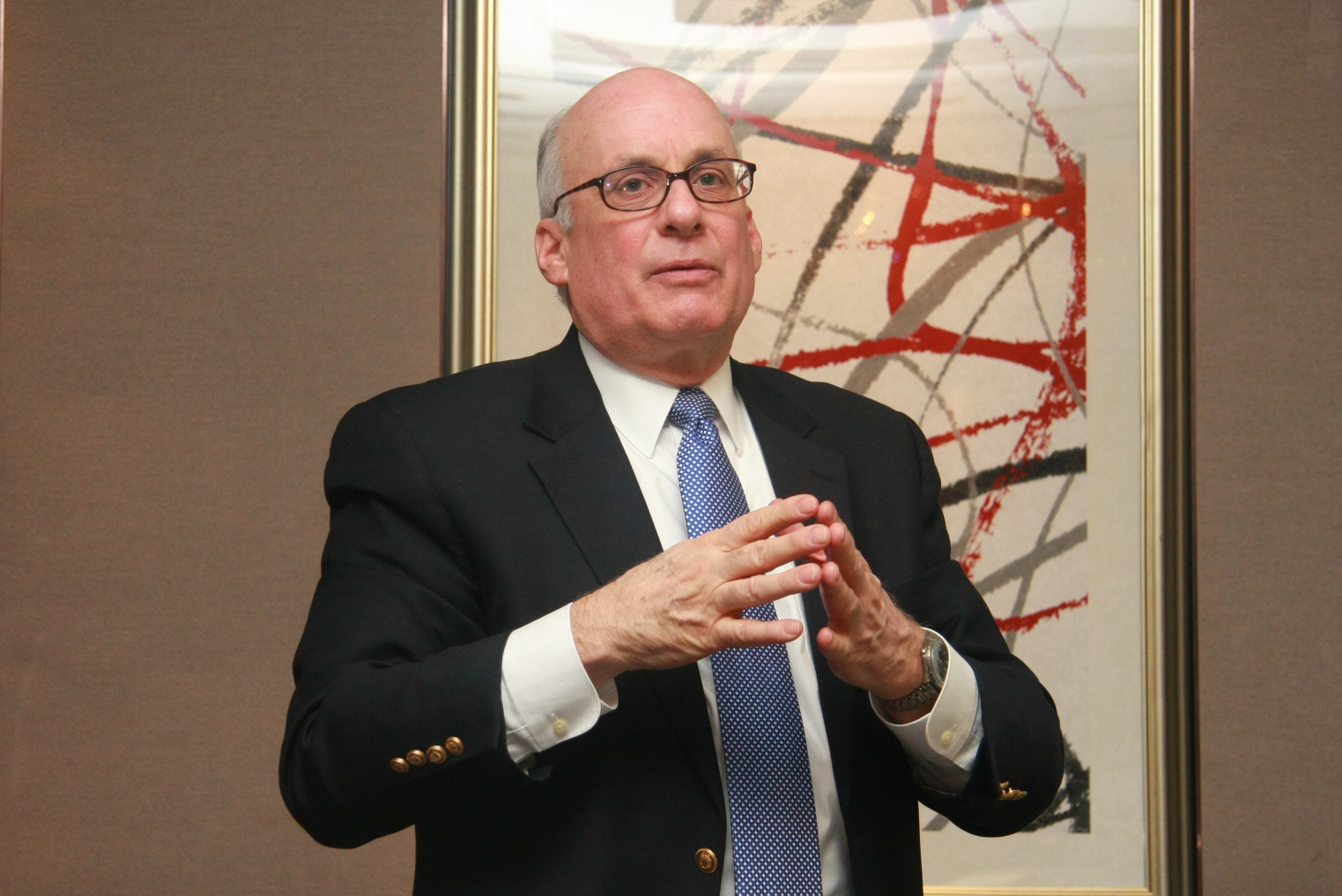 When speaking to a room of executives during the Jan. 11 AmCham China event “Secrets of Successful Investors,” Dennis Unkovic said he hates joint ventures. But one person in the audience, a French national in the mining industry, openly disagreed, arguing that joint ventures still have a place in certain industries. This level of engagement surprised and delighted Unkovic, who as Chairman of Meritas gives a lot of speeches, and few with such direct discourse with the audience. “Everybody had a story and an experience they wanted to share,” Unkovic remarked.

Likewise, AmCham China members were eager to hear his story. Unkovic currently leads a global association of 7,000 law attorneys in 224 cities and is a practicing attorney in Pittsburgh, Pennsylvania, with eight books to his name. Business Now Editor Bridget Riley sat down with Unkovic to ask him about the pressing legal issues impacting business in China.

You have experience with inbound and outbound investment in China. What do you make of current investment trends?

For 20 years, I took a lot of companies out of the US and Europe and into China as well as Southeast Asia. All the money and technology was flowing this way. About 10 years ago, that changed. As a result, China is now sitting on over $3 trillion in foreign currency reserves. I think it's more difficult for a foreign investor to come into China now than it was in the past because a lot of foreign investment depends on getting someone else's money, and China is awash in money.

What's happening in China today is what happened in Japan 30 years ago. You have strong domestic industries that produce quality stuff, but in order to be world class, they have to export. A lot of the technology in China is good now, so I think China is looking for specified investments in technology more than they are looking for money.

What's your take on the intellectual property environment in China?

Clearly the trademark protection in China is much stronger now than it ever was before. The reason is you have companies like Huawei and Sinopec that have trademarks they want to use around the world.

In the area of copyrights, there's still a challenge in China now because digital content is relatively easy to copy. But KY Ge from Rosetta Stone (who also spoke at the Jan. 11 AmCham China event “Secrets of Successful China Investors”) said while you can go to the market and pick up a copy a ripped-off copy of an old Rosetta Stone, they're now going more digital. Technology companies are getting more sophisticated with protecting their products. And I think the laws are coming along.

Patents are different. From a philosophical standpoint, the idea of intellectual property was invented in the West. In the US Constitution it says you have the right to patent and enforce your intellectual property. We in the West have enforced this concept on the East. It's really a construct where it's not an immoral or moral thing, but that if you get information, you should (or shouldn't) be able to use it. The reason it's taking hold here is because from a business and economic standpoint, you can't have a technology company and not respect others' technology. As China has rapidly ascended over the 30 years, that's what's happened.

Is it perfect now? No. If a western company sues a Chinese company for patent protection in China, they may or may not win. It's far from where it was 30 years ago, and in 10 years from now it's going to be better than it is today.

The biggest problem in intellectual property overall is trade secrets. In the US, there's no trade secret law. You can't get a patent on it and it's not a trademark. This is the problem that all companies have around the world. It's not that somebody sneaks into your plant and steals this information. Really what it is is your own employees take that information, go outside, and start their own businesses. While it's a problem in China, it's a problem everywhere else in the world. What the Chinese courts have to decide is, is it a good public policy to protect trade secrets because ultimately it protects business? We'll see.

What do your China-based members need from the organization these days?

The big challenge for law firms in China is now that China has grown so large, instead of a foreign investment funnel coming down to China, the funnel's coming the other way. I think that the Chinese will invest overseas at $2 trillion dollars in the next 10 years because you not only have the SOEs (state-owned enterprises) doing stuff around the world but half of it is private individuals and private companies. The investment flow, which for 30 years was into China, is now partially reversing.

Chinese law firms have a problem. If they're really large with law offices everywhere, it's not a problem. But let's say you're a mid-size Chinese law firm with 200 lawyers and you represent Chinese companies. But your client wants to go invest in Salt Lake City or Orlando. They're likely to call their friends and ask if they know anyone in those cities. What the Chinese we're talking to now are most interested in is how do I direct my Chinese companies and individuals that want to invest outside of China into the greater world? What we have done is create a group of law firms that we vet, who are really quality firms … in 92 cities in the US. A law firm here (in China) doesn't want to send its best client to someone they don't know. We are the conduit between a Chinese company that wants to invest in the US or Europe or anywhere else.

What about for US investors coming into China?

It's the same as it's been for 30 years: Companies here are reluctant to share financial information and data. If I'm going to acquire a Chinese company or I want to form a joint venture, I want to know who are your suppliers, what are your financials, what's your reputation. In the US and most parts of the world, it's fairly transparent. But it's still not very transparent when you're coming into China. Transparency is the biggest challenge.

When I was a young lawyer, I was chief council to the senate minority leader during Watergate. I was Hugh Scott's lawyer. I was really young and I was lucky. I learned from Senator Scott. He said, 'I'm going to give you responsibility to do this, and I don't want you to come back to me unless you have a question or if you have a problem. But if you have a problem, I want you to come back to me and we'll discuss it. Don't ever surprise me.' Every now and then i would go to the senator and say, 'I don't know what to do,' and he would give me guidance. I think you create leadership in people by giving them authority and allowing them to make mistakes. With my own children, we let them make mistakes because you can't correct kids all the time. The worst kind of managers micromanage. You're not leading, you're checking the box.

How do you mentor the next generation of lawyers?

What I'm trying to do is get younger lawyers on the board. Everybody shouldn't be a bald grey haired white male over 60 – I don't know who that resembles. I want younger, under 50. The problem is in law firms they want the more senior person to go on the board as a reward. I don't want a reward person. I want somebody who's going to work.

What's your next book about?

Can't say yet because it hasn't been published. All I can say is it has to do with international business and what you can and can't do around the world if you want to be a successful executive. I think it will be published in early 2017.

What do you do on your off days?

I absolutely love diving. I travel 100 days a year. On weekends when there's nothing to do and I'm alone, I just go diving. I've been in New Zealand, Australia, Singapore, Greece, all over the Caribbean. The sense of being weightless is wonderful.

My favorite destination is St. Thomas in the US Virgin Islands. St. Thomas is great because a lot of boats have sunk there. If I won the lottery, I would buy myself a boat and I would go to the Caribbean and look for wrecks. That would be my fantasy. But other than that, I'm happy being a lawyer.