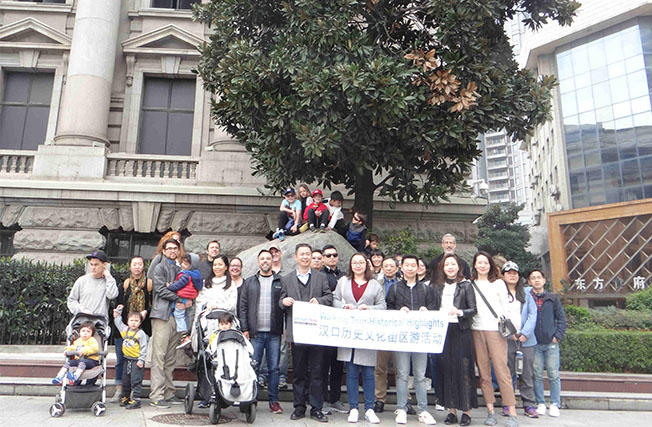 By the vivid explanation and interpretation delivery by Yang Fan, the attendees had an insightful knowledge of the history behind the old building in the Hankou Concession. In the nearly three hour’s tour, everyone really enjoyed it and had benefited from the cognition of local history and culture.