You are here:
CommentaryTech and Innovation Initiative 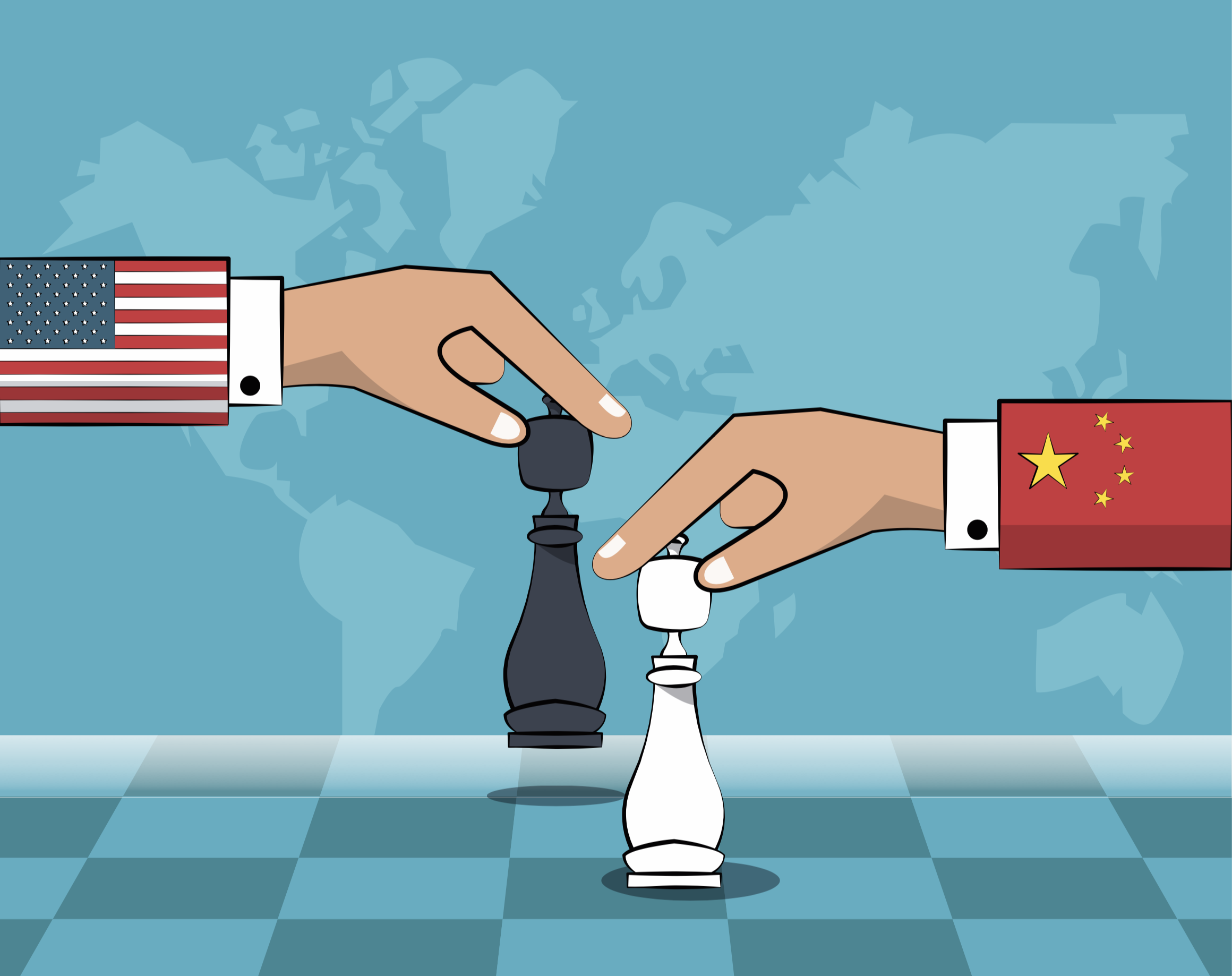 War, as the saying goes, is politics by other means. After years of Washington hoping that Chinese companies would eventually bend to the rules of the American-led world order, Washington’s trade war with China so far appears to be negotiations by other means, although it is unclear what the White House is ultimately pursuing.

The Trump administration was threatening a new round of $200 billion in tariffs on Chinese goods at the time of this article’s publication, with many observers seeing the move as a fait accompli. That would mark a major escalation in Trump’s trade war with China, with the first two tranches of tariffs totaling only $50 billion.

What is perhaps most noteworthy of Trump’s trade war with the world’s second-largest economy is the perhaps unexpected bipartisan agreement in Washington coupled with the feeling among many American companies operating in China that, while nobody wants a trade war, the previous terms of economic engagement were not working. How deep the American and Chinese governments will dig their heels in remains to be seen, but a protracted trade standoff appears to be a real possibility.

Technology has been one of the major areas of dispute so far, with Beijing’s Made in China 2025 plan, which seeks to make the country a dominant power in innovative industries and cutting-edge technologies, emerging as a prime target for the Trump administration.

Acquiring high technology companies has been a priority for Chinese companies, which have had a much easier time buying American and European firms than foreign companies have had acquiring their Chinese counterparts. Intellectual property theft and forced technology transfers have also been raised as points of contention. One of the major questions in the current trade standoff is Washington’s intentions – does it intend to simply level the playing field for American companies, or does it have larger strategic goals?

ZTE, the world’s fourth-largest manufacturer of telecoms equipment, was the first Chinese tech casualty, when it was blocked in May from buying US software, semiconductors and other products vital to its business, for violating American sanctions. The move rattled not only smart phone supply chains, but also Chinese confidence in its tech sector. The following month, the Trump administration gave ZTE a new lease of life, at the cost of a $1 billion fine.

Known as the “ZTE incident” in China, it appears to have served as a shot across Beijing’s bow, both in terms of the willingness of the current White House to confront Chinese companies and regarding the level at which China’s tech champions still rely on American firms for crucial components.

Zhongnanhai’s response so far has been to “Slalom back and forth between a nationalistic posture of ‘We’re never going to back down’, to trying to figure out some kind of negotiating strategy,” Stevenson-Yang said. “The problem with Trump is there isn’t any strategy, there isn’t any negotiating point, so if you’re China what would you offer? Who knows?”

China’s likely strategy in the short term, she said, would be to hold out until the mid-term elections in the US in November with the hopes that voters targeted by their tariffs in important Republican and Trump-supporting regions would repudiate his tough approach.

Bill Bishop, whose Sinocism Newsletter tracks Chinese politics, the Chinese tech industry, and Sino-American relations, noted that larger American tech companies have been having a rough time in China for a while. “Most major US tech players not focused on consumers have had to do joint ventures to continue to sell into China,” Bishop said.

Should the trade war end up being a long-term one, though, China’s leadership appears willing, if not ready, to play a long game.

“Self-reliance is the foundation for the Chinese nation to stand firmly in the world, while independent innovation is the only way for us to climb the peak of the world’s science and technology,” Xi Jinping proclaimed to a gathering of scientists in May.

The ZTE incident may have highlighted some of China’s vulnerabilities in a trade confrontation with the US, but Washington is by no means the only party with the ability to inflict pain.

Bishop said that in addition to the security reasons that may slow or block sales of US tech products, we should not be surprised to see delays around inspection and approvals. “An outright boycott is not impossible, but I think much less likely,” he said.

With no electoral pressures to contend with on the Chinese side, and Trump seeking to bail out farmers whose commodities are suffering from Chinese tariffs, it does appear that neither side is likely to back down soon, which could lead to strategic shifts, especially in China.

“I do not think there are any winners in the short term,” Bishop said. “In the longer term there may be some significant Chinese winners as the country invests significant resources in building indigenous ‘good enough’ replacements. That won’t be easy, it won’t happen overnight, but the ZTE case and the broader trade war are both huge wake-up calls for China.”

Stevenson-Yang was even more skeptical of China’s ability to innovate its way out of its current situation and become self-reliant in terms of technology.

“It’s already been a massive initiative for the past two decades, with pretty mixed results, I’d say pretty bad results,” she said. “But that doesn’t really have a lot to do with US trade posture, and I don’t think it can be accelerated as a consequence of this.”

Chris DeAngelis, a partner and general manager of Alliance Development Group in Beijing, has a slightly sunnier take on the trans-Pacific trade clash. ADG works with big and small Western tech companies who are looking to sell to enter the China market or partner with leading Chinese companies, with roughly 80 percent of its clientele being American companies.

“I generally believe that this rebalancing that is happening is healthy,” he said. “Trump aside, it’s kind of a natural progression for a maturing relationship.”

DeAngelis said that while many people in the US were focused on large publicly-listed companies such as Alibaba or Qualcomm, they were overlooking another important story.

“If you’re a small technology company, it’s a great time to be in China and it’s getting better every day, because China’s getting richer and more demanding.”

American and other Western tech companies that offer superior technology will always appeal to Chinese companies. “The local competition in China is getting better,” he said, “but in terms of a level playing field, this is primarily a large company issue. On the other hand, while equal market access affects both large and small companies, the smaller companies will find a much more welcoming environment."

ADG’s business has recently been growing at a faster clip he said, despite the trade rumblings of the past several months, which he attributed to global trade forces. China’s technology sector is more globally competitive than it was five years ago, and in order to operate on a global scale, the need for Chinese companies, or their foreign counterparts, to partner locally in other markets is imperative, DeAngelis said.

While it remains to be seen which products will be targeted by the proposed $200 billion in US tariffs and the $60 billion in Chinese retaliatory tariffs, it does seem likely that the tariffs will be implemented. But for technology-focused tariffs, there may be workarounds.

“Tariffs on digital products that aren’t commodities could be tricky to enforce in a digital world,” DeAngelis said. If an American customer pays for hardware that comes bundled with a service or software, it could be quite easy to move the value from one piece to another.

“How does the concept of dumping even apply to a platform product that has zero variable cost?,” he asked. “There’s so many ways to fairly adjust the price.”

After the recent Communist Party leadership summit at Beidaihe, it seems that the conclusion drawn by Xi Jinping and his colleagues is that the Trump administration’s goal in this trade war may be the containment of China’s rise. Beijing has struggled to find a coherent strategy to deal with an American president who simultaneously seeks to escalate tariffs while also tweeting about how much he likes Xi.

“It’s kind of ironic, because the Chinese have spent twenty years thinking that the United States wanted to keep them down, and never ended the Cold War, and was afraid of China’s success,” Stevenson-Yang said. “Now it’s actually true, and China has no idea what to do, they’re just like does in the headlights.”

The trade war could “melt away” after November, she said, adding the caveat that she’d previously thought that Trump wouldn’t impose tariffs in the face of Chinese pressure. If the White House sticks to its guns, European and Indian companies that are able to replace affected Chinese and American tech exporters are likely to benefit from a prolonged trade war, she said, noting that the Chinese tech sector was less vulnerable than other industries.

At this point however, it’s difficult to say with any degree of certainty where things are headed. The intertwined nature of technology supply chains in both the US and China create a situation in which one broken link could send manufacturers scrambling.

On a political level, Beijing appears willing to sustain damage while the White House is seeking to avoid a potential Democrat surge that, if it results in a shift in Congressional power, could lead to Trump’s impeachment for any number of scandals in which the White House is embroiled.

“It’s utter chaos within the US government,” Stevenson-Yang said. “It’s very hard to predict any outcome.”