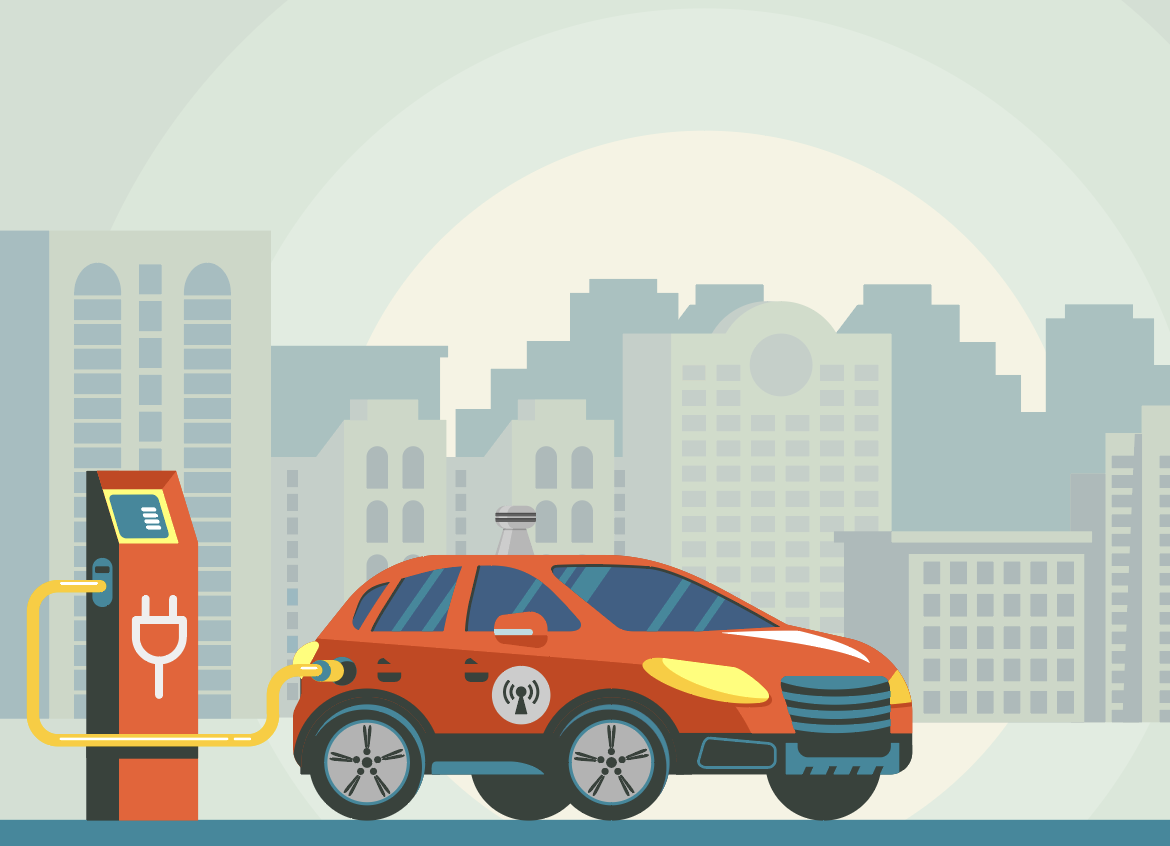 The automotive sector is in the early stages of reinventing itself, with incredible changes being driven by advancements in artificial intelligence and the increasing popularity of electric vehicles (EVs). At the same time, innovative companies such as Didi, Uber, and Grab have fundamentally changed how people get from A to B, and transformed our collective views on personal mobility. The development of electric and autonomous vehicles (EV/AV), when combined with the growth of the ridesharing sector, has resulted in both competition and partnerships between traditional automotive companies and technology companies. The two sides are now forced to coexist as “frenemies”, as they co-develop products and services together in the race to “Transportation 2.0” global leadership. And while they must collaborate, the competition between the two sides is only getting more intense.

It could take another 20 years before we see a critical mass of people shift to driverless cars. But the anticipation of that day is such that, within the last five years, hundreds of EV startups have popped up – particularly in China – all looking to build alternatives to the traditional internal combustion engine (ICE) cars. Carmakers are also betting on an electric future, by launching their own products, these EVs will be the bridge to autonomous vehicles (AVs).

The Chinese government has decided to firmly support their country’s move towards EV/AVs and has already taken a leadership role globally. Once automotive and technology companies learn to trust each other, they’ll be able to work together to monetize opportunities resulting from the data provided by these EV/AVs.

Elsewhere, alongside increasing investment and growing interest from consumers, the outlook for the industry as a whole looks increasingly positive. The Chinese government has created an optimal environment for the development, production, and sales of EVs in China. Over the last few years, Beijing has prioritized tackling pollution, securing energy independence, and achieving technology dominance. Combined, these three initiatives have created an environment for promoting the mass adoption of EVs in China. Investment by the government, both at the national and local levels, as well as subsidies in the form of land and tax abatements and through rebates on EV purchases, has also helped EVs take a huge step forward while incentivizing Chinese entrepreneurs to launch their own EV startups. Many entrepreneurs have done just that, with the Wall Street Journal estimating that there are currently 487 EV carmakers in China.

There’s an argument that the coal-powered electricity that is used to power EVs in China means that these cars are no better for the environment than the ICE cars they’ll be replacing. That’s partly true, but as solar and wind power becomes a larger share of energy creation, energy storage capabilities continue to increase, and smart grids become more commonplace, the use of coal for effectively powering EVs will shrink, and they will clearly become a better alternative for the environment.

But can the Chinese EV startups that emerge from the pack plot out a roadmap to success? Sales of New Energy Vehicles (NEVs), which comprise EVs + plug-in hybrids, are forecast to rise nearly threefold in China by 2020, from 777,000 in 2017 to more than two million. This will have a multiplier effect by reducing costs across the board for EV parts, specifically for batteries – the most expensive part of an EV. These domestic trends will bring the price of EVs down globally, which is why Bloomberg New Energy Finance forecasts that EV sales will reach 11 million globally by 2025 and 30 million by 2030.

This is another big reason why investment has poured into the EV segment and created so many EV startups. However, most of them are in the early stages of development, and many won’t even make it to prototyping as funding typically gravitates towards the companies with the best management teams. If we assume that only 10% of all EV startups will survive the next five years – a generous assumption – that would mean about 50 EV companies will have carved out a piece of the EV pie in China.

EVs are just beginning to go on sale en masse, but, by 2019, many different manufacturers, including the traditional German, American, and Japanese carmakers, will have each launched multiple EVs. These new models will be affordable to a large part of the market, and, by 2025, people all over the world will have plenty of options at different price points.

Although some current vehicles can park themselves and even drive on highways autonomously, the wide adoption of AVs and Level 5 Autonomous Driving – no steering wheel, gas, or brake pedal – is still quite a long way off due to regulatory, insurance, and infrastructure issues. Insurance companies are still studying where liability should lie in the case of car accidents caused by AVs. In the US, individual states will have the right to regulate AVs, creating a complexity that’s not found in other countries. Given its streamlined, top-down policymaking, it is likely that China will be at the forefront of determining how to deal with AVs and the risks associated with them once they hit the road in large numbers.

Artificial Intelligence (AI) companies that are developing the software to literally “drive” AVs have been collecting data to feed their AI systems for quite some time already. AVs are not yet a safer alternative to human driving, but autonomous driving can still be a differentiator for many EV companies. Developing AV hardware and software is where most of the technology companies want to carve out their piece of the pie, and both carmakers and tech companies want to make AVs a key component of future ride hailing and ridesharing services they themselves will roll out. There is a lot at stake: Goldman Sachs predicts the global ride hailing market alone will be worth US $285 billion by 2030. If the Ubers and Didis of the world don’t have to pay someone to drive their vehicle, they get to keep more of that customer’s money for themselves.

Cut From a Different Cloth

As someone who has worked for both technology companies and automotive companies, I can tell you that they think totally differently. For instance, from a financial investment standpoint, tech companies think in terms of operating expenses. Since many don’t have a physical product, or outsource manufacturing when they do, every expense incurred for them in support of the new products or software is recognized in the same period in which it has been incurred. Meanwhile, car companies typically think in terms of capital investments. Investing in a brand new assembly plant can easily cost over US $1 billion, which needs to be amortized over a number of periods, normally 60-120 months.

Another example is the difference in the length of the product lifecycle, which for many tech companies is usually between 9-15 months. For an automaker it can be up to five years, meaning that they need to be much more cautious when making decisions, since their capital could be tied up for a far longer time in comparison.

It could be a current automaker and tech partnership, or a brand-new startup that ultimately develops the products and services that are convenient, feature a terrific user experience, and at price points that attract the average consumer. But, until then, the learning curve will remain very steep. However, there are certain ways that the traditional car firms and the newer tech companies can collaborate in order to move the needle – a necessity as currently neither is able to bring to market a complete hardware and software solution at the level of Transportation 2.0.

Advice from the author