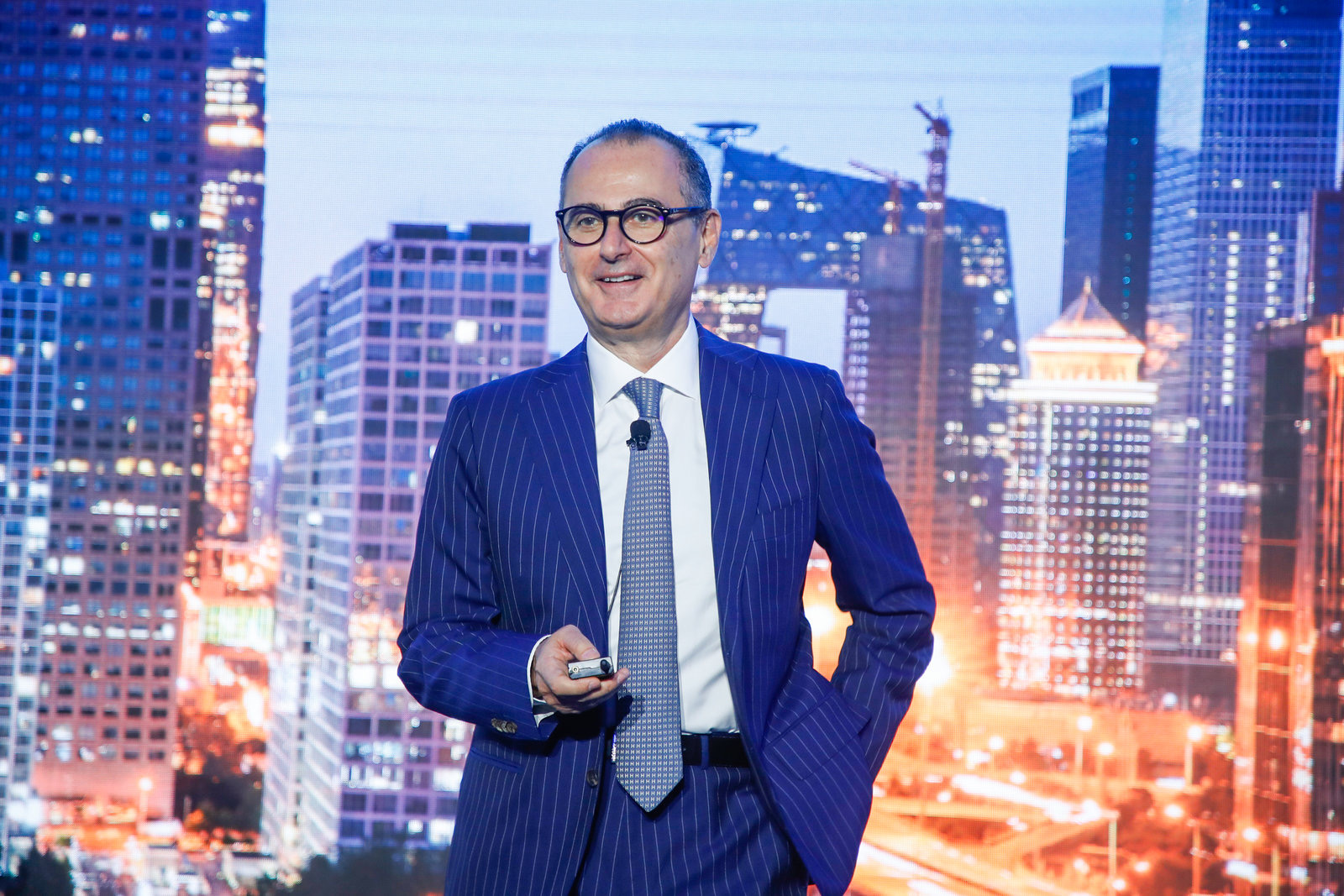 In the latest in our series profiling current Board members, Alain Benichou discusses his role within the AmCham China community – both in his native France as well as in China – reflects on his life and work in China, and examines the vitality of IBM’s partnerships in the world’s most populous market.

You have been in China for roughly two years now. How has this part of your career compared with other experiences you’ve had?

Alain Benichou: Let me tell you something, this is second to none as an experience. I’ve experienced a lot over the last few years, as you can imagine, with the pandemic and all. It’s been very intense to transport a French guy into Chinese culture, but, at the same time, China is very dear to our family. We love China as an individual family. I have a son who lived here and speaks Chinese. We’ve always liked the culture; we’re very close, in fact, to the values. So, I have been able, in the past two years, to experience the dedication to family, the focus on education, the care for the elderly, the love for science and technology. Those are the things that we actually share and that I’ve been able to experience.

Briefly describe your career thus far. Where else have you been besides your time in France?

Alain Benichou: I spent a decade in the US. I’ve spent a lot of time in New York, and I’ve been in Zurich and in Paris. I’ve had a global job for many years. I was heading strategy for IBM and also all the enterprise and commercial work globally. I’ve been able to really learn the culture and take advantage of the culture and the diversity of the IBM business, which is located in 175 countries. I’m kind of a global citizen to be honest.

How does IBM see short and long-term prospects for engagement with China?

Alain Benichou: So this has been challenging, especially with the confrontation between the US and China that we’ve all experienced in the past year. I do believe that, we, the multinational companies, and especially tech companies, are in a really good position to be able to explain to both sides what the reality is, and stick to the reality. The reason why we can do that is because of our intimacy with our clients. IBM has very intimate relationships with key clients, especially state-owned enterprises, in this country. We know them inside and out. We’re participating in the backbone of the financial institution in this country; banks cannot run without IBM. This knowledge and intimacy puts us in a position to really explain to the US government, but also to Chinese counterparts, what the situation really is. We need to take advantage of that. And, of course, we use AmCham as the advocacy group and really the champion for these causes.

You were also active with AmCham in France, as CEO of IBM France. How does that compare to your time with AmCham China?

Alain Benichou: I was the Chairman of AmCham France, I think back in 2014, and you’d be surprised that some of the issues are very similar. There is a “buy local” predicament in France as well. We always need to advocate for US companies, including explaining the value they bring to the country from a technology standpoint, from a value standpoint, from a product standpoint, but also the talent they bring. We also need to convey the value as a taxpayer, the value as an employer – a very big employer, with high level and, usually, high quality jobs. That was my theme with the French government, saying, “Look at what we bring to the table.” 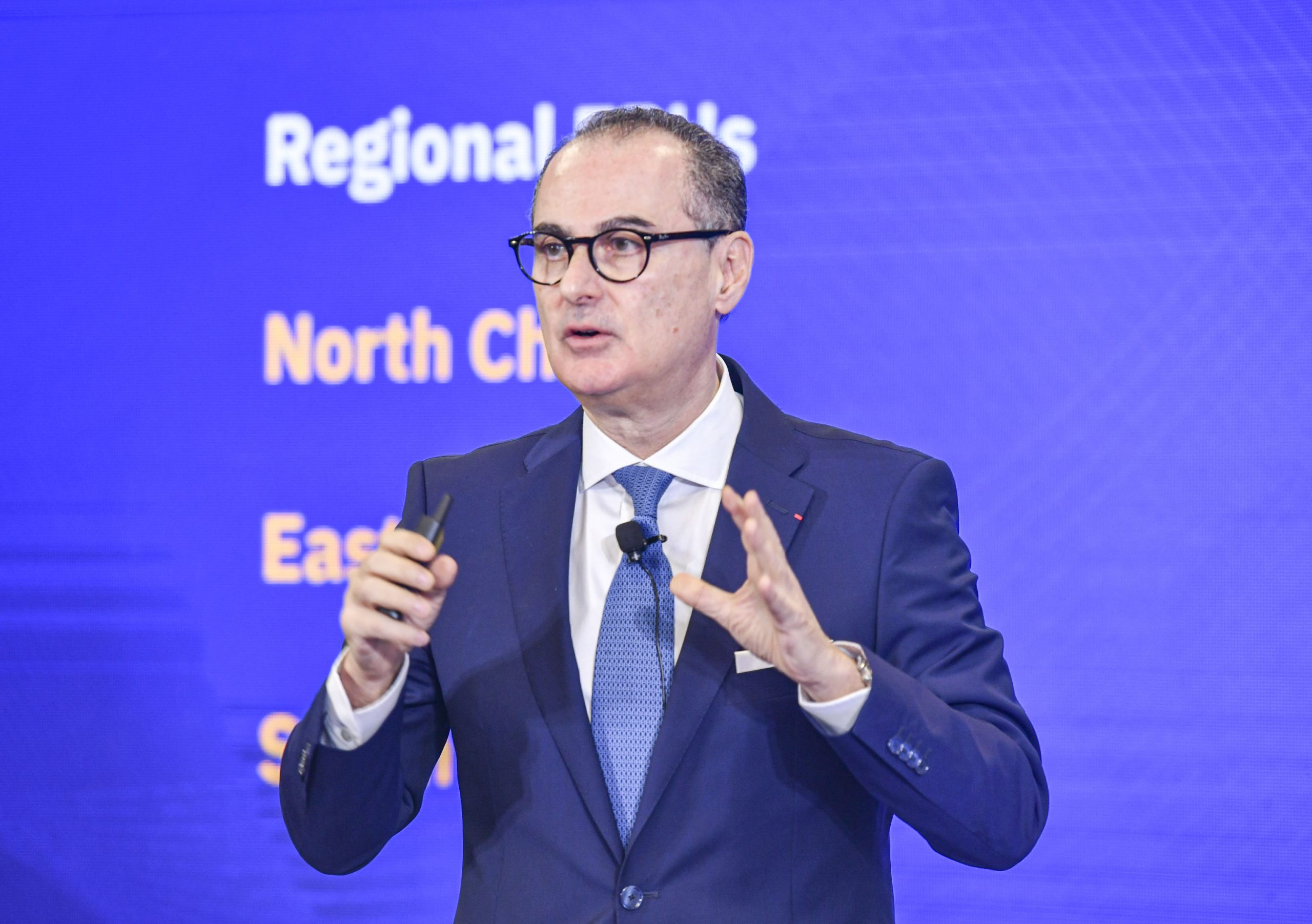 You alluded to difficulties between the US and China and the current relationship. How do you view AmCham China’s role in that? What would you like to see the Chamber doing more of?

Alain Benichou: I think that the realism and telling the truth – having a culture of transparency and truth – and saying, “this is what it is, even though you don’t like it” – is really important. Let me give you an example. There is a lot of discussion about decoupling. AmCham China can say, listen, this is not rational to think about decoupling, and can give examples; it can be an advocacy group to really help people understand. One of the things we know, for instance, is that the supply chain will incur a trillion dollars of additional cost if we decouple. That’s a fact. Let’s put the facts on the table. The more we do that, the more we’re going to be listened to, and the more we’re going to be capable of influencing the outcome.

There’s a lot of tech representation on the AmCham Board right now, including yourself, of course. What role can US tech firms play in the US-China relationship? It’s obviously one of the more sensitive areas. How can you and other companies work together to improve the environment?

Alain Benichou: First of all, this is really an area where I think we absolutely need to focus. Technology is the priority of China’s 14th 5-year plan, with high-quality growth. So, this comes from technology, hybrid cloud, artificial intelligence (AI), cyber security, and so on. The tech companies are here to say, we are in the fabric of business in China, we’ve been here for decades, we are very involved and very intimate with our clients. Technology companies can really help modernize the country. Today, only 18-20% of Chinese companies really use AI. Only 20% of the applications are cloud enabled – just 20% of them! There’s huge potential to ramp up. Who’s going to do that? Only local Chinese companies? We are here to help with digital transformation and to help further the very plan the government is putting in place.

You alluded to the 14th five-year plan. Do you feel that the messages you are trying to put across are getting through to the government?

Alain Benichou: In my country, when the government decides something, sometimes it takes time to really bring it to fruition. In other words, there is strategy and then there is execution in France. Here in China, when they decide something, they put the means behind it, and they get going, right? So I do think there is tremendous opportunity. Now, one other very important point about technology: I’m a very big believer in my heart that technology has no borders. Most of the open-source algorithms you find right now in tech, where did they originate? You don’t know because the tech community – the open-source community – they are everywhere. Chinese, Americans, Europeans all contribute to it. And in the end, you have an algorithm. So, building borders to technology is going to be hard. You can’t tell me that the Pythagorean theorem has a single origin. This is for everybody.

Now moving more specifically to IBM, how does the firm differentiate itself in the China market?

Alain Benichou: With our new CEO, we have a very streamlined, focused strategy on hybrid cloud and AI. And we believe this is exactly what this country needs. What I mean by a hybrid cloud is this: today, a company can use up to 12 different clouds. And every cloud provider has one objective, of course, which is to lock you in. But then how do you leverage this innovation? You need to be able to move seamlessly from one cloud to another to do so, to move from on-premise to off-premise. These are the platforms that all the companies need. Part of this strategy is IBM’s recent acquisition of Red Hat OpenShift, the container platform, which is the best in the world. So, this is what we are now focusing on. We are landing the hybrid strategy and the AI strategy in China, and that’s the way we differentiate ourselves. 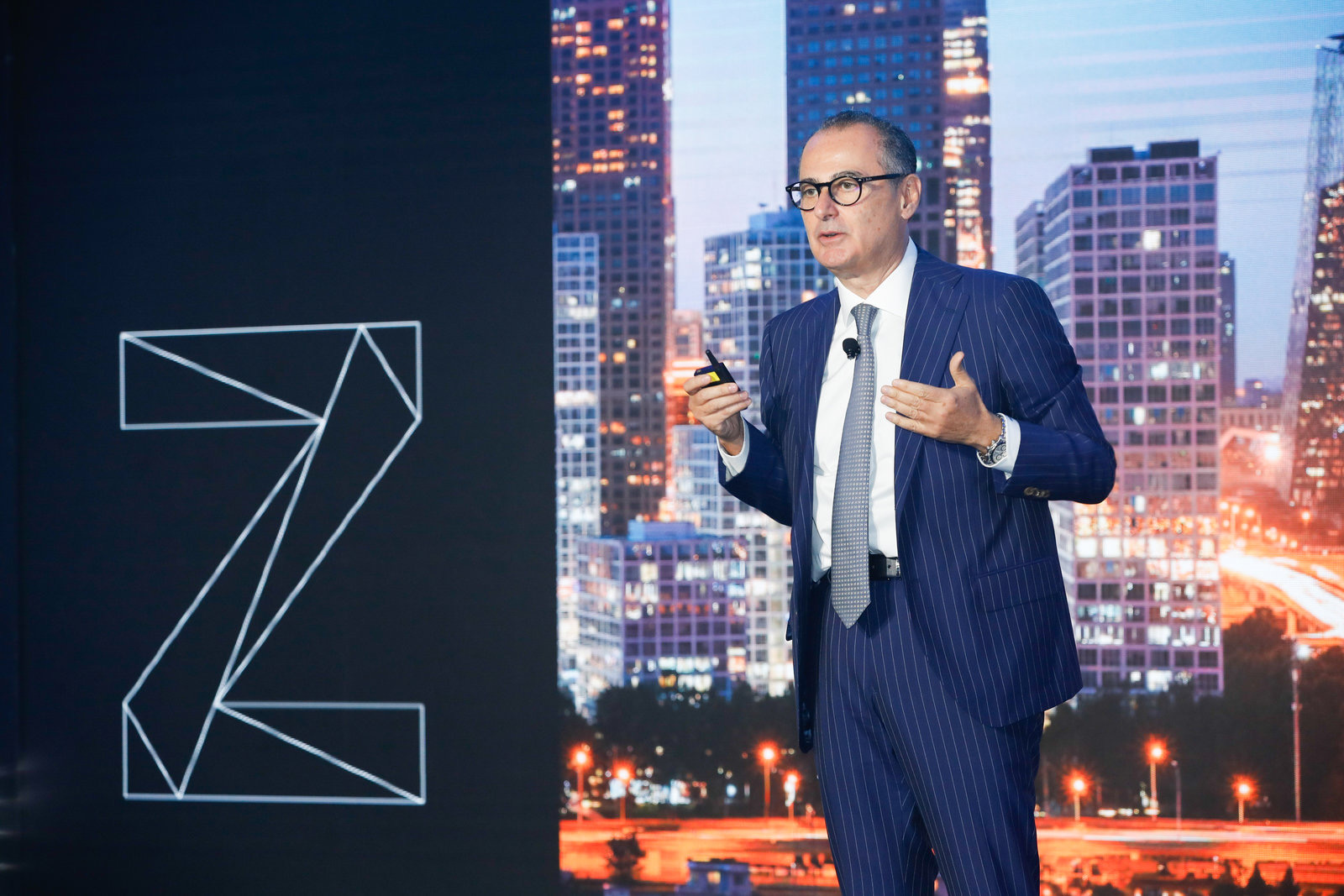 A lot of MNCs here enter into collaboration with a whole variety of Chinese companies. Can you talk about IBM’s strategy in this regard?

Alain Benichou: We are now focusing on the value of hybrid cloud and AI, and for that we need partnerships within the domestic ecosystem. So, first of all, we’re going to reach out even more to Chinese companies to localize these offerings. We’ve announced, for instance, a very strong partnership between Red Hat OpenShift and Digital China. They are going to take on these initiatives in this country, reach out to new customers, and generate new ideas and solutions. And we will continue to do that with other partners. The second is that we are very open to joint ventures. We have a joint venture with Inspur for our POWER business. We do this because we see value in bringing forward architecture ecosystems.

Many US MNCs have a large presence in China and are large employers here. As well as integrating on a business level, how can US MNCs integrate with the social fabric of China and the communities where they operate?

Alain Benichou: There are three aspects to this. Number one, you’re absolutely right, almost all the employees of IBM in China are Chinese, and I really think that this is the right thing to do. We invest in other countries because we want, first of all, to leverage the talent. There are tremendous talents and skills in China. So that’s the first thing – we are absolutely committed to being part of the fabric of China. The second thing is that Corporate Social Responsibility is a very important thing. As a tech company, we have a role to play in advancing STEM and tech with students here – not just the privileged but also the under-privileged. Recently we launched an AI Enlightenment Season with 2,000 volunteers from IBM, along with our business partners. We didn’t want only to be at Tsinghua University High School; we also wanted it to be accessible by more underprivileged, remote communities. We talked about the advantage of pursuing a career in tech, in STEM. I, myself, taught a math class, as part of this initiative. The third thing is dedication to development. We have a lot of people in development in China. This is not just about localizing the offerings, but also about bringing value to the rest of the world.

This article is from the AmCham China Quarterly Magazine. To access the entire publication for free, sign up on our member portal here.