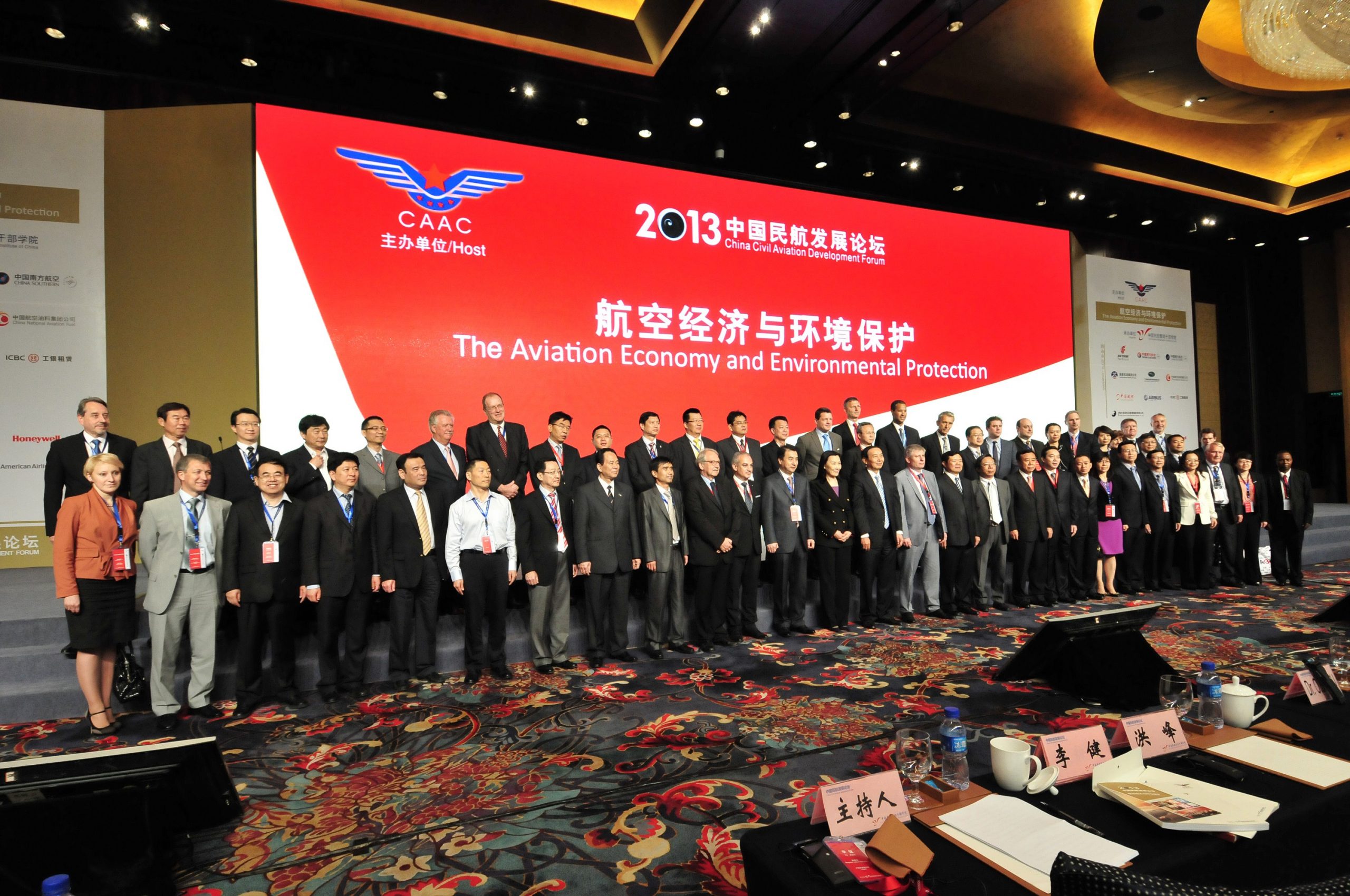 As Executive Director Geoffrey Jackson recalls, the first discussions of the US-China Aviation Cooperation Program (ACP) began over a Peking duck dinner. These informal talks in 2003 led to an official founding in 2004 of the government-industry partnership that is now a model for cooperations across trades and continents. Now in its 10th year, ACP has hit an important milestone and continues to create successes for all parties involved.

The stakes for this cooperation were, and continue to be, high. Over the next 30 years, China’s aviation sector has the potential to become the largest in the world. Sales projections for aircraft alone have been valued at US $780 billion, and when adding in the cost of raw materials, labor, and future revenue from a fully developed aviation industry, the economic opportunities are unprecedented.

“The Chinese aviation system is growing faster than anything the world has ever seen,” said ACP Senior Advisor Joe Tymczyszyn.

The success of ACP’s decade-long record can be measured in a variety of ways. For one, there’s the Chinese government. China’s aviation authority – the Civil Aviation Administration of China (CAAC) – lauded ACP’s work, saying it “helped establish the foundation and infrastructure of our aviation system and has assisted us in increasing aviation safety, capacity, and efficiency.” Its success can also be measured in sales for American companies. “Exports of US manufactured goods and services directly attributable to the first four phases of the ACP total US $720 million,” stated a report by the US Trade Development Agency (USTDA). “In addition, ACP members have also reported over $6 billion in sales facilitated by the program.”

In the 1990s, US aviation companies in China operated independently, each individually vying for the attention of CAAC, and none coordinating with US government agencies. Competition from Europe, on the other hand, concentrated business and government into an aggressive, subsidized aerospace powerhouse.

“They were kicking our butts,” recalled Tymczyszyn. “It was too confusing for the CAAC to individually deal with every US business.”

With an FAA and Boeing background, Tymczyszyn brought it all together, rallying support from both government and private businesses. First, Tymczyszyn, then the FAA representative at the US embassy, went to USTDA, an independent government foreign assistance agency funded by the US Congress. With the goal of advancing economic development and US commercial interests, USTDA saw the potential of a centralized approach in China’s aviation sector.

ANSWERING THE CALL FOR EDUCATION

The first order of business for ACP in 2004 was a request from Yang Yuanyuan, the dynamic and progressive CAAC minister from 2002 to 2007. While Chinese aviation professionals have access to national flight schools and training programs, these facilities need assistance in adequately addressing the needs of China’s future demand since Chinese aviation is growing at a much more rapid rate than the US has ever experienced. Yang asked ACP to create programs to help rising stars in Chinese aviation management to develop and operate safe and efficient aviation infrastructure.

Among these education initiatives, the Executive Management Development Training (EMDT) program targets one of the most formidable challenges for China’s aviation future: management and organization.

“That program really was investing in the future of CAAC professionals,” Jackson said. “It’s like any company. If you invest in its employees, they’ll pay returns for years to come.”

In addition to working with US aviation mentors in intensive classes, participants of the EMDT program, most under 40 years old, are flown to the US for extensive training. This opportunity offers unrivaled hands-on experience, as well as promoting good faith and cooperation. Now in its ninth class, the EMDT program has acculturated 270 of the next generation of China’s leadership to international flight standards.

In addition to engaging Chinese aviation trainees, ACP also works with CAAC to strengthen aviation policy at the government level. To create a productive dialogue concerning China’s aviation challenges, ACP has undertaken a variety of aviation studies, the findings of which reinforce policy suggestions with research and data. These reports seek to change the baseline understanding of aviation from within CAAC, while contributing to the general understanding of evolving aviation systems.

One report in particular played an important role in the transformation of Chinese aviation policy. Catalyzing Growth in China’s Regional and General Aviation Sectors, released in 2008, focused on influencing policy development of sustainable aviation growth through progressive aviation reform. In the production of this study, ACP brought together government agencies from both the US and China, in addition to an extensive list of private enterprises. This collaborative approach bolstered the report’s legitimacy.

Most importantly, the report demonstrated an acute awareness of Chinese political history. During the “opening up and reform” period in China, special economic zones were created to test the free trade economic model. In suggesting an opening up and reform of airspace, the 2008 report recommended that the Chinese government create special aviation zones that could test out reforms on a smaller scale before the implementation of national changes.

A year later, when the Sichuan earthquake devastated central China – and the lack of aviation resources for disaster relief became apparent – upper leadership in the Chinese government turned to CAAC. By this time, AmCham China and ACP had already presented CAAC with an extensive roadmap for aviation reform. Furthermore, in the aftermath of the earthquake, a delegation from ACP traveled to Sichuan, demonstrating a powerful commitment to China’s welfare.

One year later, at the 2009 US-China Aviation Summit, the CAAC announced that three experimental aviation zones – identical to the trial zones suggested in the 2008 report – would be created. Although it is difficult to concretely state what the motivating factors were behind this new policy, it can be said that the ACP was part of a collective effort for policy changes within China’s aviation sector in its ability to build a consensus for reform.

As journalist James Fallows points out in his 2012 book China Airborne, the goals of AmCham and ACP are not to look for recognition, but to work for positive change. Fallows writes that after the aviation reforms were announced, “American officials limited themselves to saying that the moves seemed to make good sense and would enhance the promise of China’s aviation future, rather than spelling out how closely the plans followed the recommendations of the ACP report.”

Jackson attributes ACP’s success to the combination of committed companies with a local presence, technical US agency support, and private sector programs. This model has served as the blueprint for many other partnerships within AmCham – including the US-China Healthcare Cooperation Partnership – and around the world, with ACPs sprouting up in Brazil and India.

Looking forward to the next five to 10 years, ACP will shift its focus. At its start, training in safety was the highest priority. Now that China has one of the world’s best aviation safety records, ACP is working on airport capacity and efficiency, and addressing concerns about air quality with green airports and aviation biofuel.

Summing up ACP’s progress as well as its future, Jackson remarked, “What began as a lament turned into an action plan.”