The Changing Scene of Government Affairs 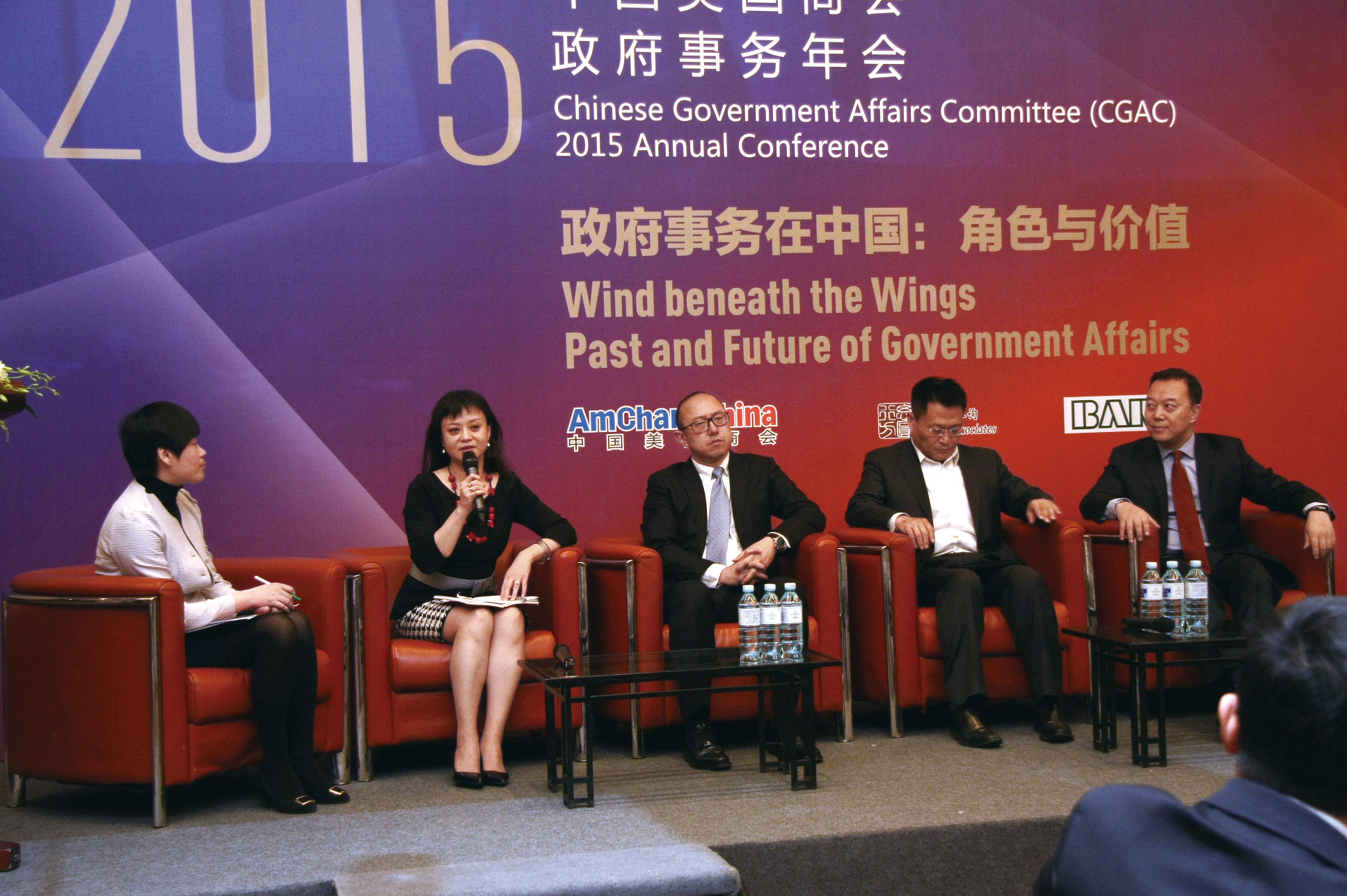 For the first time, AmCham China last month brought together government affairs (GA) professionals for a one-day conference focused on the crucial and ever-evolving role they play in foreign businesses operating in China.
The inaugural conference of AmCham’s Chinese Government Affairs Committee, held March 18 at the Kempinski Hotel, sought to flesh out the value GA professionals provide in their roles as thought leaders, navigators, enablers and communicators. Those in the field drive outreach efforts that maintain lines of communication between businesses and the government, which promotes a mutual understanding of goals, encourages effective economic policies and allows businesses to better adapt to macro-level changes in the market.
In China, GA as a professional field has evolved greatly over the last 20 years, following the mass entrance of foreign companies into the Chinese market in response to China’s reform and opening up policies. As outlined by the conference’s keynote speaker, Haiying Yuan, President of Yuan Associates, the Chinese government’s expectations of foreign companies have evolved since the 1990s. The government was originally interested primarily in foreign capital along with income received from taxes levied on foreign companies. But at the beginning of the 2000s, the government’s focus shifted to learning more about technology and management from foreign companies’ experiences. Now, the government expects companies to adapt to China’s changing economy through continued innovation. GA professionals have guided companies through changing expectations over the past two decades, and will continue to help companies navigate the challenges of growth and expansion to lower-tier cities.

During the first panel of the event, speakers provided a basic, three-step framework to characterize the process of conducting GA work in China: look at the company’s goals and the current political environment, identify where the gaps exist and consider how these gaps can be eliminated, and convince executives that the solutions being pursued actually make sense. Explanations must use Western language to describe Chinese concepts so that they will resonate with executives’ own cultural perspectives. Many executives at home offices in the US lack a deep understanding of China. This framework allows GA professionals to help their companies control for external influences that impact them while also laying the internal groundwork that is necessary to make externally-facing initiatives successful.

The morning’s second panel examined practical advice for moving GA efforts forward, especially at the local level. Effective government relations at the local level relies heavily on developing a keen sense of local officials’ priorities and finding areas where company interests and political needs align. Executive Director of Goldman Sachs China Jerry Guo emphasized the need to have someone in local politics that can help GA professionals measure the pulse of the political environment.

Yan Leng, Vice President at Total, stressed that relationships must be formed at different levels of the government. By having these kinds of contacts, it is more likely companies will receive advance warning about adverse government perceptions held about them, develop a keener understanding of current policy priorities and learn the key performance indicators used to evaluate local officials.

Owen Ma, Vice President at Cargill China, suggested that indications of impending crises, no matter how small, should all be taken seriously and solved quickly before they balloon into bigger problems. Even smaller problems with traffic police or the fire department can get out of control if not given appropriate attention.

Rounding out evaluations of past and present issues in the GA industry, speakers also took the opportunity to provide advice to the next generation of GA leaders. Vice President at Royal Philips Electronics Duanzhi She recommended studying the best practices of developed countries, as the Chinese system will likely have fewer and fewer Chinese characteristics in the future. However, Jane Zhang, President of DaoHe ZhiYuan Consulting, cautioned that strategic ambiguity in Chinese laws will likely continue, and that not all Chinese characteristics are likely to disappear from the political landscape.

After the event, Haiying Yuan had this advice for young GA professionals: “Young people must commit themselves to obeying the law, dedicate themselves to continuous learning to maintain current knowledge about the industry and exhibit a team-oriented attitude in their companies.”

Jared Mazzanti is an intern on the AmCham China communications team.