The US in the New Asian Order 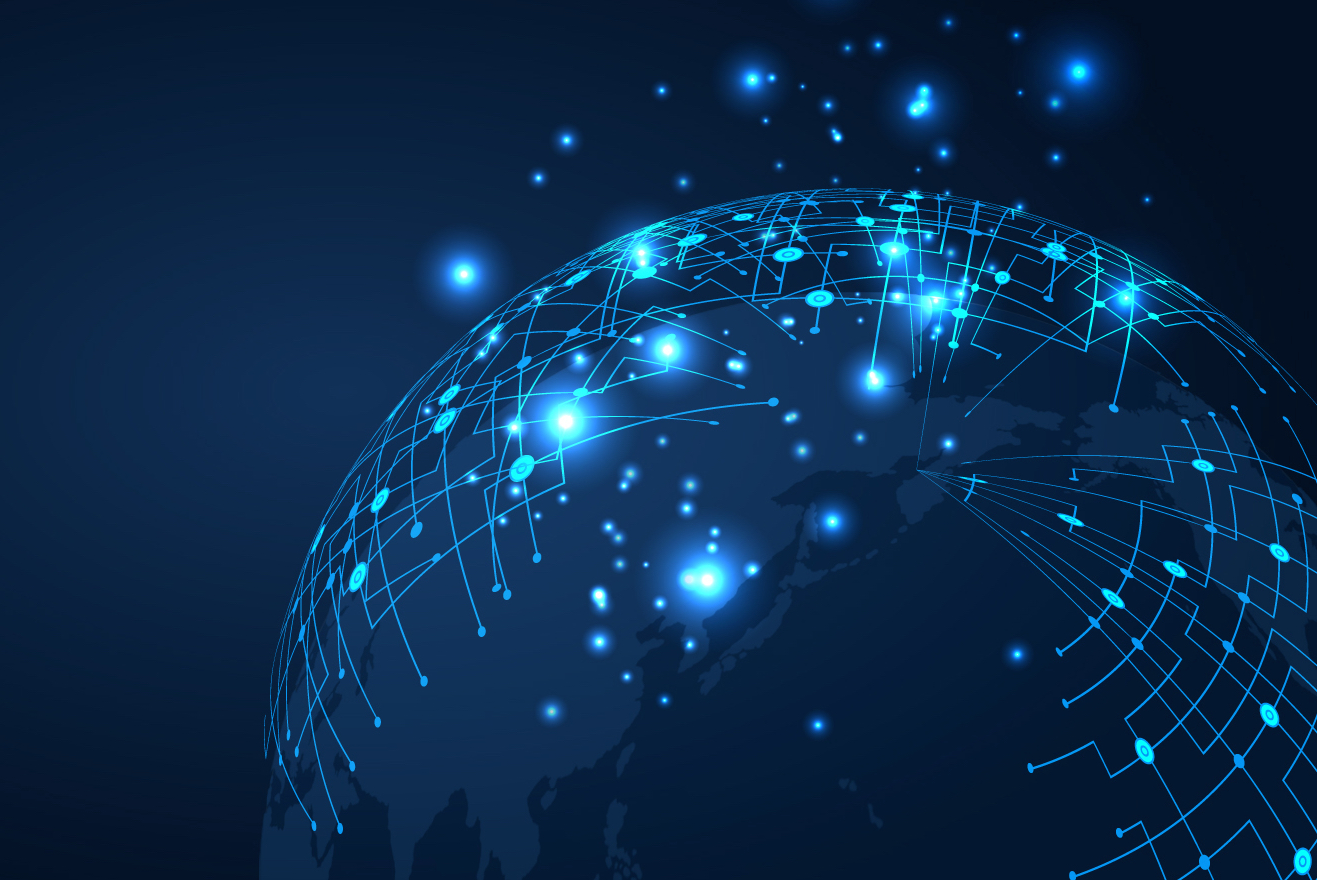 By Evan A. Feigenbaum

Asia is changing dramatically but the US, notwithstanding its “pivot” or “rebalance” to Asia, is losing the plot. This is a function of three important trends – all closely connected to the rise of Chinese power – that are altering the international order that has prevailed in Asia since at least the 1960s. First is the growing collision between economic integration and security fragmentation. Second is the certainty that some pan-Asian ideas, pacts and institutions that do not include the US will persist and cohere regardless of American views and preferences. Third, and perhaps most important, is the reconnection of disparate sub-regions of Asia – East, Central and South – into a more integrated strategic and economic space.

Unless Washington adjusts to this more integrated Asia, and soon, the US could find itself much less relevant in each of Asia’s constituent parts.

A Tale of Two Asias

For much of the postwar period, Asia’s dominant security and economic orders were tightly interconnected, with the US acting as the principal provider of both security- and economic-related public goods. But put bluntly, this is no longer the case. “Security Asia” and “Economic Asia” have taken on distinct dynamics: the former is more trans-Pacific, with the US at its center, while the latter is increasingly pan-Asian, more diverse, complex and multifaceted – and with China, even amid its economic slowdown, as a major driver of the action.

In “Security Asia,” the US remains an essential strategic balancer, vital to stability. Its alliances and forward-deployed military presence continue to provide comfort and security to many countries across the region.

By contrast, in “Economic Asia,” the US role, while growing in absolute terms, is receding in relative terms as Asian economies increasingly act as a source of demand, products, capital and trade for one another. Indeed, as Asia becomes more integrated, including Central and South Asia where US trade and investment have been less pronounced than in East Asia, economic interaction with the US will comprise a diminishing share of nearly every major Asian economy’s overall trade and investment.

Instead of a single Asian story, therefore, the US will increasingly need to wrestle with a bifurcated “Tale of Two Asias,” in which economics and security no longer run in parallel lines and, in some instances, may collide. And in this context, the US will need to leverage new tools of economic statecraft – not just the Trans-Pacific Partnership (TPP), which may not even move forward and remains mired in the US Congress – but an array of additional tools, including bilateral investment treaties, sectoral agreements and public-private infrastructure partnerships.

Meanwhile, the proliferation of Asia-only pacts and institutions over the past two decades has won support in more than a few Asian capitals, even in countries that are deeply ambivalent about China’s rise and among US allies and partners. This will remain a lasting feature of political and economic reality in Asia. Thus pan-Asian regional ideas, ideologies and institutions seem certain to persist regardless of Washington’s views and preferences.

Such trends have deep roots. It is now fashionable, for example, to ascribe efforts to build a pan-Asian economic and institutional architecture to rising Chinese assertiveness (or, more precisely, to Chinese ambition). But that is just one part of the story. In fact, contemporary Asian regionalism – the desire to forge at least some cohesion out of the region’s enormous diversity – has found expression not just in China, but across Asia and over many decades, from Mahathir Mohamad’s stillborn East Asian Economic Bloc to the proposed Asian Monetary Fund (AMF), birthed by Japanese bureaucrats of the 1990s.

Two decades ago, the US, working in tandem with regional and G7 partners, chose to crush much of this incipient pan-Asian regionalism. But much has changed since the 1990s.

For one thing, although the US bulks large in the global economy, it is, in relative terms, not so large as it was in 2008, much less 1998. The 2008 financial crisis book-ended a tumultuous decade, arriving almost precisely 10 years after the Asian crisis and adding fuel to Asian debates about overreliance on Western economies by dampening growth in the region’s traditional export markets. As Asia has emerged from the 2008 crisis, debates have intensified about the utility of an intra-regional hedge, or cushion, against continued or future volatility elsewhere.

But that is not all: Where G7 economies were once disproportionately the demand drivers for Asian exports, the other foot now wears the shoe in a growing number of sectors. Asian economies today are more than traders; they are builders, lenders, investors and, in some areas, a growth engine – for example as consumers of US corn and soybeans (for their animal feed), pork (for their tables) and natural gas (for their power plants). Asia is, as well, a source of capital, not just a capital recipient.

Then there is simple geopolitics: Asia’s emerging powers, including India and China, are less content to live in perpetuity with an architecture largely built by the West. This explains, at least in part, why India, despite its deep ambivalence and suspicion of Chinese power, has joined both the Asian Infrastructure Investment Bank and the BRICS Bank as a founding member.

And then there is China, whose foreign and economic policies are converging in unprecedented ways. With foreign exchange reserves still larger than the nominal gross domestic products of India, South Korea and Thailand combined, the export of capital has become an extension of Chinese foreign policy. China is not alone: Japanese, Korean and other Asian money is also looking for yield and for project finance opportunities across Asia.

But ultimately, the most central challenge to America in Asia may be the need for a new “map” to better reflect the reintegration of the region, from Japan to Turkmenistan, along historical lines. Gradually, but inexorably, the region is becoming more Asian than ‘‘Asia-Pacific,’’ especially as Asian economies look to one another, not just the West, for new economic and financial arrangements; more continental than sub-continental, as East and South Asia become more closely intertwined; and, in its continental west, more Central Asian than Eurasian, as China develops its western regions and five former Soviet countries rediscover their Asian roots.

The Asia that will exist in 2035 is likely, in important strategic and economic aspects, to more closely resemble the historical norm that predated America’s arrival, not the world to which Americans have grown accustomed since 1945.

For a thousand years, Asia was an astonishingly interconnected place. But between the 17th and 19th centuries, Asia fragmented: Maritime trade swamped continental trade. ‘‘The caravel killed the caravan’’ as it became less expensive to ship goods by sea. China weakened. Tsarist armies arrived in Central Asia. And many of India’s traditional roles in Asia were subsumed within the British Empire.

After a 300-year hiatus, these traditional connections are being restored: Chinese traders again hawk their wares in Kyrgyz bazaars. Straits bankers finance deals in India. China lies at the core of industrial supply and production chains that stretch across Southeast Asia. Chinese workers (and finance) have supported infrastructure from Pakistan to Sri Lanka to Kazakhstan. The governments of Turkmenistan and Uzbekistan have sold electricity southward, reconnecting their power grids to Afghanistan. Kyrgyzstan and Tajikistan have signed an intergovernmental memorandum to sell electricity to Afghanistan and Pakistan.

China’s “Belt and Road” effort is closely connected with, and will surely contribute to, this broader change in Asia. But it would be a strategic mistake for Americans to view the restoration of historical Asia as either a Chinese invention, purely derivative of Beijing’s Belt and Road effort, or originating only in 2013 through the initiative of China’s president Xi Jinping.

To the contrary: These broad trends in Asia predate the Belt and Road (which, in some of its aspects, simply repackages preexisting Chinese projects). And although Beijing, it is true, seeks to leverage these underlying trends to its advantage, the regrowth of strategic and economic connections within Asia is a function of the choices, actions and capabilities of many Asian states, including Japan, South Korea and India, among others.

One example is the role played by Japanese project finance in India and elsewhere in South Asia, including a pivotal Japanese role in building the Delhi-Mumbai Industrial Corridor, the Delhi Metro and the development of high-speed rail for Indian Railways. Another example is the “Asianization” of Central Asia, which owes as much to the retreat of Russian economic power and the relative ebbing of Moscow’s primacy as it does to the rise of Chinese power and the arrival of Chinese trade and capital. Taken together, Russian retreat and Chinese arrival have ended the Russian monopsony as a single (or dominant) point of transit for piped oil and gas and other Central Asian commodities.

Yet as “historical Asia” is reborn, the US is badly prepared – intellectually, strategically and bureaucratically – for this reshaped region. So it is essential to adapt US policy to the contours of change in Asia if the US wishes to remain vital and relevant there.

Otherwise, Washington could, within a generation, find US firms at a competitive disadvantage in a part of the world that will constitute as much as half of the global economy. It could miss opportunities to work in new ways with Japan, China, India and South Korea. It could find itself marginalized from Central Asia entirely. It could be a bystander to the economic and strategic dynamics that are quickly reshaping the region.

In short, America needs to focus not just on the Asia of its wishes, dreams and fantasies but rather on the new Asia that is actually emerging. Sadly, America no longer gets Asia. Yet its vital national interest demands that it adapt and compete.

Feigenbaum will moderate the Ambassador Panel on US Relations Throughout the Region at the 2016 APCAC Business Conference, April 14-15.