The Wisdom of Choosing China for Arbitration 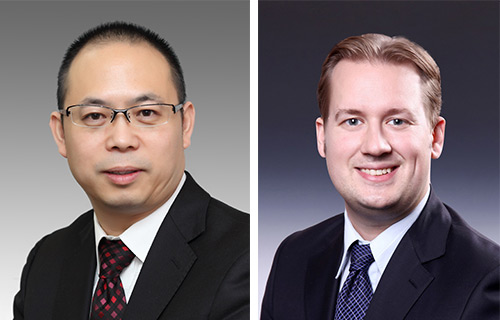 By Arthur Dong and Darren Mayberry

In the past 20 years the Chinese arbitration system has matured in many aspects, to the extent that foreign parties often favor arbitration clauses in their China deals. Even so, this change brings us to another question: Should a dispute resolution clause for a China-centered contract select a China-based institution to host the arbitration, or should a non-Chinese party instead take refuge with regional offshore powerhouse institutions?

Take CIETAC, BIAC, and SHIAC as examples. All three have modern rules systems that were recently updated in 2015. Each includes some form of Joinder and Consolidation. None prohibit document production. BIAC and SHIAC only default to summary procedure when the amount in dispute falls at 1 million RMB or under. CIETAC's summary procedure applies even in amounts as high as 5 million RMB.

Of all these factors, interim measures should be at the top of the list. Interim measures include a broad array of remedies. The term embraces almost all remedies beyond monetary damages. Might it be necessary to freeze Chinese bank accounts to protect collection following an award? Is it conceivable that the Chinese party will hold critical evidence such that a preservation order might be advisable? If either may become a possibility, choose China. As long as Chinese institutions administer the case, itself seated in China, it will be much more convenient to apply interim measures.

A China-seated and China-administered arbitration removes the primary obstacle for a foreign party seeking interim measures against a Chinese party. If the arbitration happens outside China, Chinese courts regularly decline to grant interim measures. Essentially, offshore institutions will serve well as long as your enterprise only desires an award of money damages.

Disputes are often unpredictable in character. They can involve many unforeseeable contingencies. One should only surrender the option of interim measures if other compelling reasons favor selection of an offshore institution.Lower Costs

Costs can emerge as a concern for moderate-value contracts. As a practical matter, institutional costs come in the form of both the commission's fees and arbitrator fees. A sizeable number of meritorious cases settle before the awards stage. As such, amicable resolution may result in each side bearing their costs. In general, the higher the amount of the subject contract, the more attractive an offshore "arbitration hub" premium service appears.

The CIETAC Panel List encompasses 410 foreign arbitrators from 70 jurisdictions. Parties agree to the Panel List upon selection of CIETAC, and yet they may appoint arbitrator off the panel list as long as both parties agree to do so. Chinese national arbitrators offer multiple language fluencies between them, and almost all include strong English language skills.

A dispute resolution clause may select an institution from an array of jurisdictions. Obviously, the best selection will depend on a variety of factors specific to the transaction. Even so, a wise choice will contemplate Chinese arbitrations for China-related contracts with seriousness.

Years of Chinese development and local support has rendered reflexive aversion or heuristic suspicion of Chinese arbitration outdated, if such fears ever held merit at all. In any case, mainland arbitration offers two distinct advantages. Chinese institutions can implement interim measures since they have the support of Chinese courts. And Chinese institutions offer substantial cost savings without any practical compromise as to the international character of proceedings. Premium offshore service institutions have their place, but more contracts could benefit from the selection of China institutions.

[1] We only count disputes reaching beyond Hong Kong, Taiwan, Macau. If these jurisdictions are included, Chinese arbitration institutions handled over 3,000 foreign-related cases.