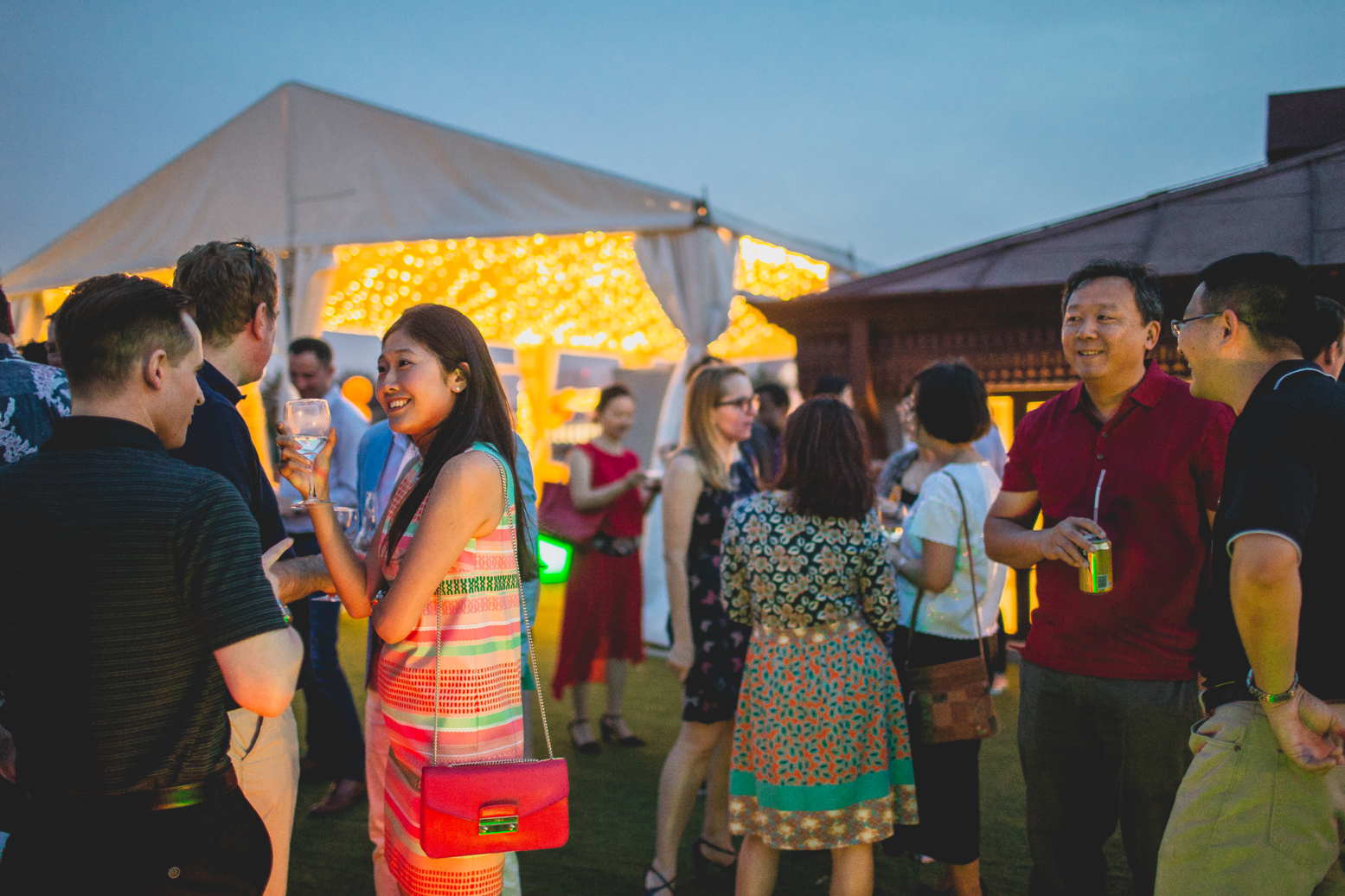 On Friday, June 9, AmCham China and the German Chamber of Commerce – Tianjin Chapter, kicked off the summer with a joint chamber mixer in Qing Wang Fu. Unlike previous mixers, this event was not designed with a theme, seminar, or executive knowledge share in mind, but was simply for enjoyment’s sake. As with all AmCham China events, the opportunities to network were plentiful, and attendees soon found themselves conversing with new acquaintances.

The venue certainly contributed to the festive atmosphere as Qing Wang Fu’s surrounding area is an integral part of Tianjin’s cultural fabric. Deeply rooted in Tianjin’s history, the area has its own unique folklore, and is even known for having accommodated a prince from the Qing dynasty. For this event, however, the most significant feature Qing Wang Fu brought was a clear view of the Tianjin skyline. As the sun descended below the horizon, twilight gave way to a myriad of wonderfully lit skyscrapers. Throughout the event, many attendees captured the scenic view on their phones, while others simply enjoyed the mesmerizing view.

As the evening came to an end, Martin Winchell, Chairman of AmCham China – Tianjin Chapter, presented three lucky winners with bottles of wine. In an uncanny twist of fate, Michael Hart, Vice Chairman of AmCham China – Tianjin Chapter, was among the lucky draw prize winners. Considering that well over 90 people were in attendance, it was a very lucky evening for Hart.