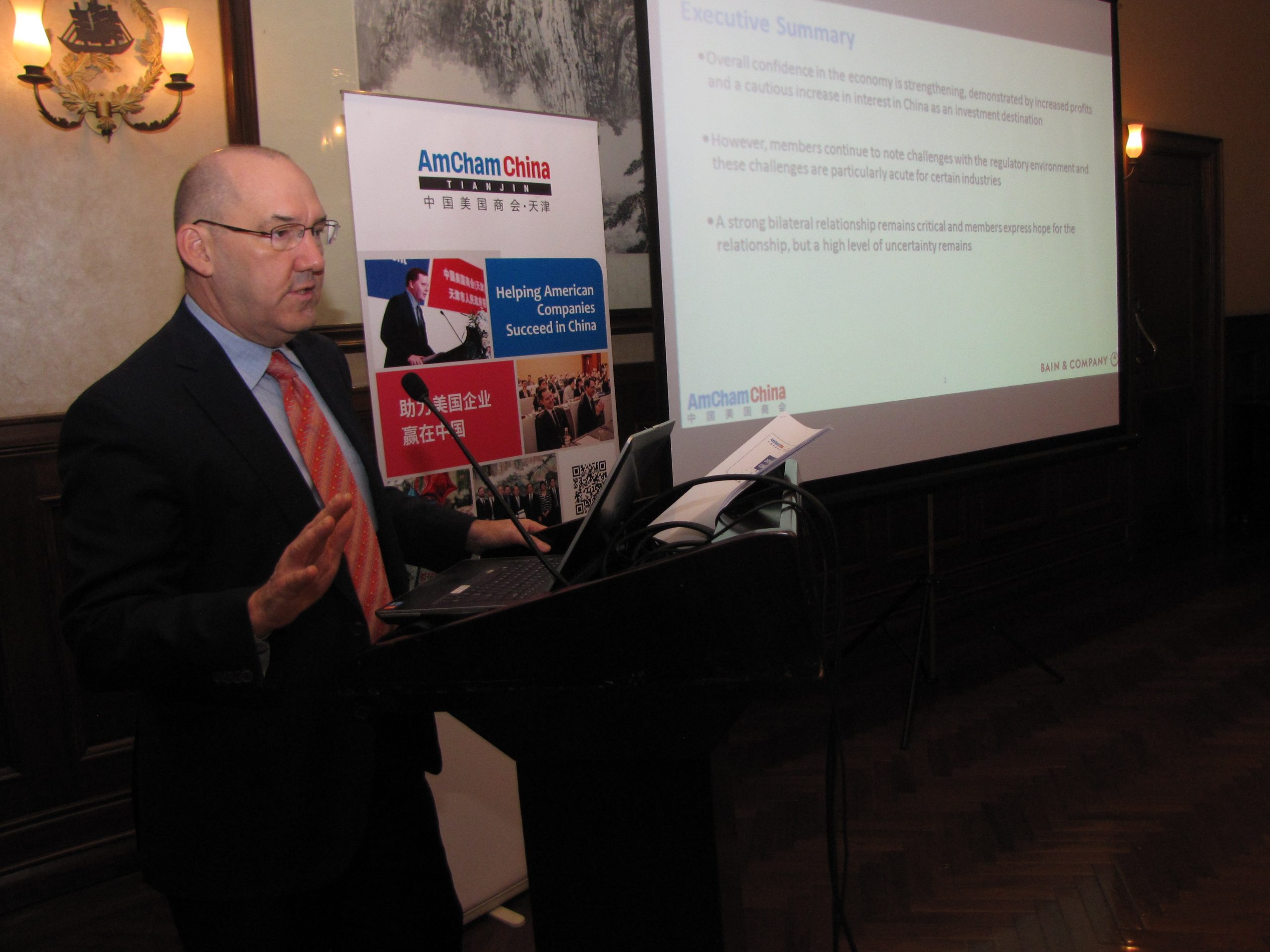 On Feb. 2, AmCham China, Tianjin invited Alan Beebe, President of AmCham China to be the speaker for this month’s Monthly Executive Briefing. The briefing saw the launch of AmCham China’s Business Climate Survey, an annual gauge that compiles member attitudes towards the Chinese regulatory environment and their outlook. The survey has already seen widespread policy analysis in both the Western and Chinese media. The briefing provided an opportunity for Beebe to directly engage Tianjin members on the survey’s findings.

Beebe’s summary of the survey painted a picture of two different Chinas: one an economic behemoth that is primed to continue providing investment opportunities for foreign businesses, and the other a regulatory maze that unfairly targets foreign companies and stifles competition. This contradiction is apparent in the data, where 64 percent of all members reported higher revenue gains in 2017, yet 60 percent also say that “inconsistent regulatory interpretation and unclear laws” remains the largest obstacle to doing business in China. It is clear that some of these regulatory challenges affect certain industries more than others, with Beebe noting that the technology and R&D sectors are more susceptible to market restrictions. “Regulatory Compliance Risks” also made its debut on the list of top 5 business challenges in China, as the government’s new cybersecurity law and environmental policies begin to take effect.

Regionally, Tianjin’s results were largely consistent with the overall polling, with regulations and labor costs being members’ top concerns. However, unlike other chapters, Tianjin does not rank “talent acquisition” as a top 5 business challenge, ranking it 7th instead. Tianjin Chapter’s members see growth in domestic consumption as the #1 opportunity to grow their business.

Beebe concluded his presentation by reaffirming AmCham China’s commitment to advocacy as it tries to help members address these concerns and achieve its mission of helping businesses succeed in China. AmCham China, Tianjin would like to thank Beebe for being the speaker for this event. Check out other events in Tianjin and the full Business Climate Survey Report.

Antonio Douglas is an intern at AmCham China – Tianjin