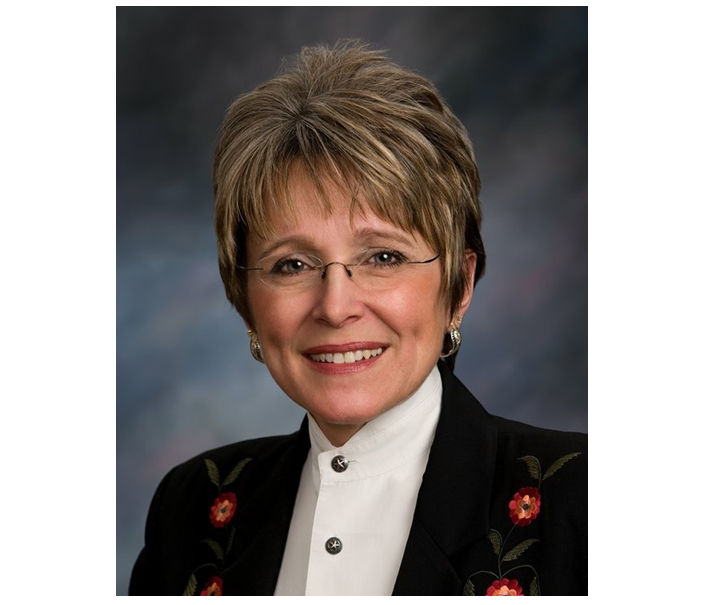 By Bridget Riley and Lillian Nguyen

Acclaimed prosecutor Melodee Hanes enthralled a packed room in the US Embassy on Sept. 23 with stories from her years fighting for abused children in courtrooms across the US. And within her gripping tales of pushing the law to protect the most helpless of society, Hanes interspersed examples of the gender discrimination she faced in the courtroom, including a judge referring to her as “pumpkin seed,” a diminuitive term he likely would not have used with her male counterparts.

Here is an excerpt from Hanes’ remarks where she addresses what holds women back, and how they can overcome these obstacles.

The biggest lesson is trust yourself; people may criticize you publically. They may make you wonder about yourself, but trust those instincts that you have. Believe in yourself; believe when you can really feel that fire in your belly- listen to it.

The other thing is you have to learn to be comfortable as a woman at whatever your job is. When I first started practicing law, that was back when Brooks Brothers made those little pinstripe suits and women wore those men’s bowtie thingies. I thought I had to look like a man. Then I thought I had to act like a man in the courtroom, where they’re loud and they interrupt and they talk all over people. And you know what? That did not go well for me. One day, at the end of a homicide case, the jury foreman came up to me and said, “You did a fine job, but don’t be so butch. Don’t try to act like a guy.” I thought that was great advice: it’s OK to be a woman and to dress like a woman in whatever the profession you choose as you’re professional and you do your job. What I discovered is (the power of being) nice, like they expect women to be. When you’re cross-examining a defendant and really nice, they will say almost anything! Anything! It’s amazing how that works!

The second thing is don’t leave before you leave. As women, we start worrying once we find partners, and we decide to have families we start worrying about, “Oh my gosh, maternity leave, I better not take this huge case because what if I’m on maternity leave and you know, what’s gonna happen? I don’t want to seem unreliable.” Put that out of your head – but first of all, let me back up. You get to choose: whether you want to be at home or if you don’t. If you choose not to, I respect it totally. But if you choose not to be at home, don’t back away from opportunity because of what you think might be coming down the road that will compromise that, like maternity leave.

And the third thing, make sure your partner is really a partner. Seriously, a lot of guys love to say that, but they don’t walk the talk. We are trying to be professional women, but, according to studies, we still tend to do twice the housework and three times the childcare than our male partners do. So what happens? We end up having three jobs! We have a full-time work job, we have a job at home because we feel culturally, stereotypically, we have to keep the house clean and we have to take care of the kids. And you know what? You can’t and you shouldn’t (have three full-time jobs). You don’t have to do that if you have partner who is a real partner. You need to talk to your partner about that, about what the expectations are. How many panels do you know of where men talk about the topic of, “How do we do it all?” How many men do you know that hold panels on gender equality? I have yet to be invited to one. So you need to talk to your partner and really make them a partner. I am so lucky that I have a partner that supports me a thousand percent. The important thing is that we talk about it, a lot. And that is the best advice I can give you.

Let me end with this: What policies work to help gender equality and what don’t? I found this great study online by the World Economic Forum, and they looked at a whole bunch of different things like education opportunities, pay, employment status, public service and leadership with women and men. They ranked 145 countries for who was the most gender equal, and who was not. They went through and ranked all of 185, let me read the top 10:

Where was the United States? Anyone want to guess? 28! (Editor’s note: China was No. 91.) I can also tell you the worst: It was Pakistan and Yemen. So why are all of those Nordic countries at the top? What is the secret sauce you guys have going on that makes it a gender equal society? Probably one of the most important things is that in many of those countries they not only have paid maternity leave, but in some of those countries it is mandatory for both genders, which is remarkable. The United States is one of the only two countries in the world that does not provide government support for maternity or paternity leave. The US and Papua New Guinea, right there with us.

We certainly have got some work to do, but let me tell you the Rwanda story before I sit down, because I couldn’t believe (their No. 6 ranking)! Twenty-two years ago, a million people died in Rwanda from genocide. It was horrible. There were atrocities. How has this happened in 22 years? Well I’ll tell you how it happened: the widows. That were left behind, and so they banded together and demanded leadership, and Rwanda passed a law that required 30 percent of their parliament to be women. Rwanda today has more women in their parliament than any country in the world. See, I am telling you, if we can just get to the table, we can lead.