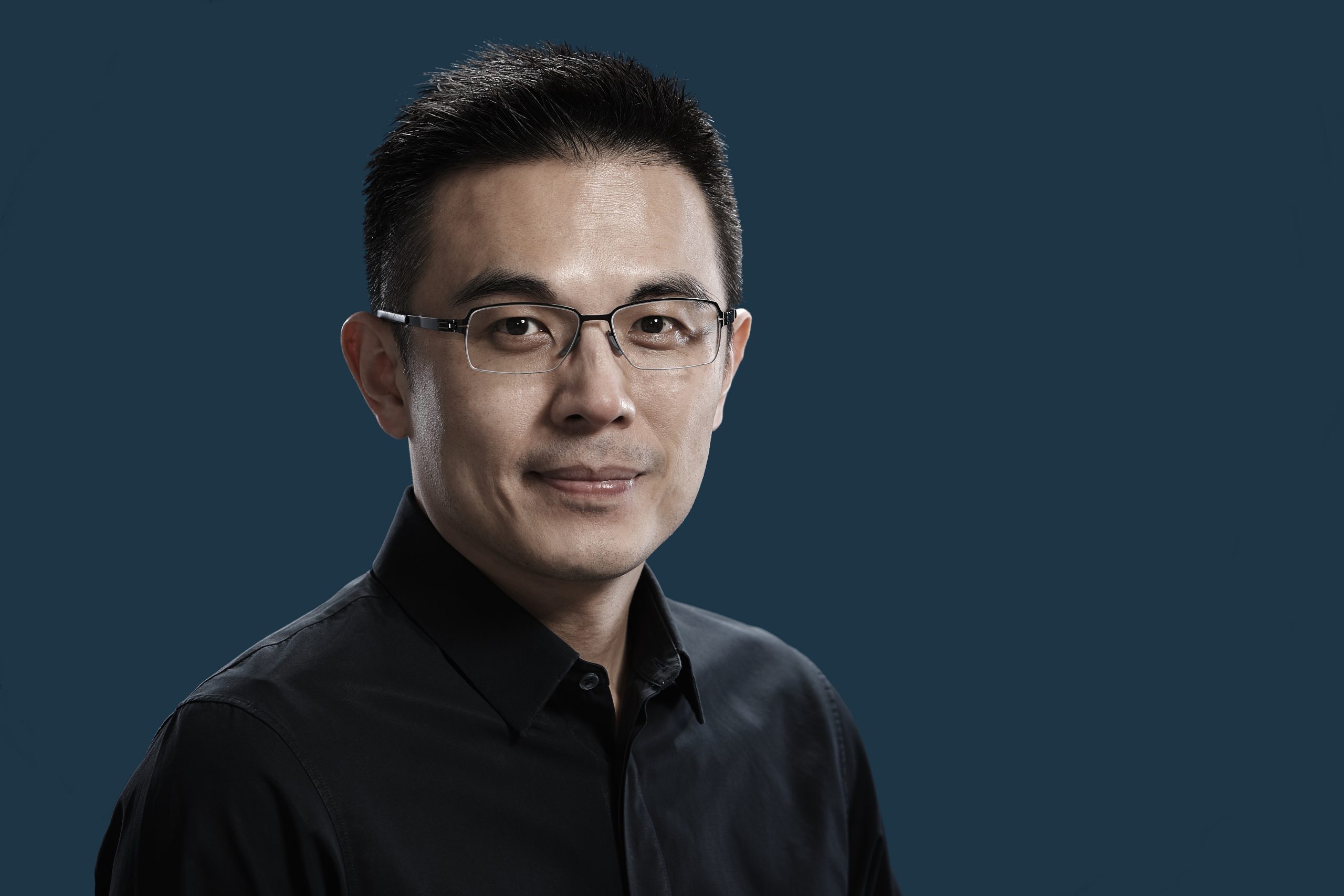 As the world adjusts to a “new normal,” Google Arts & Culture is connecting people in a post-pandemic world. The innovative non-profit app and website by Google has partnered with over 2000 organizations from 80 countries to share art, historical sites, and cultural institutions with users – and all for free. The AmCham China Quarterly spoke with Google’s Greater China President Stanley Chen about the app’s Chinese content, their diverse collection of partners, and how technology facilitates connections.

Stanley Chen is President of Google Greater China, overseeing Google’s Sales and Operations in the region since June 2019. Prior to that, Stanley was General Manager of Google Taiwan, a role he held for eight years. He successfully led the Taiwan team to become a strong and vibrant organization with an incredible track record of growth. Stanley has solid experience in sales and marketing in the tech industry across Asia-Pacific. Prior to joining Google in 2011, Stanley held various management roles in sales, business development, and marketing at Apple, Intel, and Ericsson.

Established in 2011, Google Arts & Culture is a global non-profit initiative that, as the President of Google Greater China Stanley Chen (thereafter referred to as Stanley) succinctly summarizes, “partners with cultural organizations to put the world’s cultural heritage accessible to all.” He continues, “It started by discussing doing a few pilot museums to understand what a global tech company like Google can do to make arts and culture accessible to everyone, everywhere.” He adds, “It stems from Google’s broader mission to organize and make accessible the world’s information.” To date, Google Arts & Culture has partnered with over 2000 institutions from 80 countries, and its mobile app and website provide users with a digital portal to access over seven million artworks in high resolution from the world’s best galleries, museums, and historical sites.

Sharing the Wonders of China

In China, Stanley notes that Google Arts & Culture’s team works closely with 42 partners. Those partners and collections range from the traditional to contemporary, from the Palace Museum and the National Silk Museum, to the Central Academy of Fine Arts Museum and UCCA of Beijing’s famed 798 Art District. Stanley dubs their team “innovation partners” for these cultural institutions, saying, “We develop technologies and free tools that support the culture sector to preserve and share the heritage they guard and create engaging exhibitions online and inside museums.” Indeed, today, Google Arts & Culture provides users with access to view institutions and peruse collections from Beijing, Shanghai, Hubei, Sichuan, and Yunnan.

In 2019, Google Arts & Culture launched a standalone mobile app called Shadow Art. The app, which allows users to create hand shadow puppets using the camera on their computer or mobile device, uses open sourced TensorFlow technology to bring the artform of traditional Chinese puppetry to life. As Stanley accurately remarks, the app is “inspired by tradition, powered by technology.”

The purview of Google Arts & Culture extends far beyond showcasing only museums and exhibitions. The “Culture” element of the app is on full display with stunning tours of natural landmarks, historical sites, and world wonders. In 2021, Google Arts & Culture began offering a virtual tour of the Great Wall of China, titled “Walk the Great Wall.” The tour showcases the Simatai section of the Great Wall, and was created in collaboration with Great Wall expert Dong Yaohui and curators from Gubei Water Town. Stanley was particularly excited about this partnership. “Many have heard about this largest man-made structure in the world, but who knows about the architectural and engineering genius behind it? That’s why we worked with experts to bring together their knowledge and create interactive exhibitions for everyone to discover the stories from behind the scenes.” Original construction on the Great Wall began in the 7th century BC, and in the thousands of years since, climate conditions and human activities have taken their toll, with approximately 2000 km of the Wall already gone. However, Stanley says, many sections are being restored now, and of those restored sections, Simatai is one of the best. “It is among the best-preserved sections and it is known for this reason as ‘the museum of the Great Wall.’’ With the ongoing pandemic still disrupting international travel, Stanley is excited about connecting users with this World Wonder. “Now everyone in the world is able to walk on the Great Wall through an exclusive 360-degree virtual tour of one of the best-preserved sections, and also become an expert about this 20,000 km long treasure that was built over 2000 years ago.”

The black swan event of the COVID-19 pandemic in early 2020 altered the way we live and work. Stanley feels the impact on cultural exchanges. “The pandemic has had a lasting effect on everyone. It has had an impact on the way we interact with each other and the way we interact with everything around us. For art lovers around the world it has prevented them from visiting their favorite museums and galleries.” With global travel still not yet returned to pre-pandemic levels, Google Arts & Culture has worked with its partners to deliver even more immersive experiences for cooped-up global consumers, enabling international Chinese art lovers in particular to visit their favorite sites, museums, and galleries. Stanley says Google Arts & Culture developed “new virtual ways for art lovers to maintain their close relationships with the art pieces they so greatly love.” For example, for the past two years, on International Museum Day, Google Arts & Culture has partnered with multiple museums, both in China and internationally, to craft immersive video curations that bring treasured pieces closer to overseas viewers.

Another key way Google Arts & Culture is working with its partners, says Stanley, is to maintain connections with audiences through innovative social media campaigns. He points to a project by Google Arts & Culture and Hubei Provincial Museum as an example. “We developed an immersive video with a first-person perspective by diving into art pieces and bringing online a 360-degree virtual tour of the Hubei Provincial Museum.” The virtual tour and accompanying social media campaign were a massive success. Stanley proudly shares that, “Through our technology and creativity, Google Arts & Culture successfully provided millions of people a virtual tour inside the museum, serving to not only re-introduce the amazing relics and art pieces that the museum holds, but also to pay tribute to the strong spirit and resilience of the people of Hubei and welcome the museum’s imminent re-opening through the power of art.”

Staying on the Cutting-Edge

Despite the rapid rate of digital innovation, Google Arts & Culture has remained on the cutting-edge since its launch in 2011. Stanley explains their approach, “We’re making freely available technology that’s designed for the cultural sector. We collaborate with the cultural ecosystem to develop technologies that meet their needs.” He lists two of those key technologies, one being online exhibitions. “Google Arts & Culture gives cultural institutions an easy-to-use tool to create beautiful online exhibitions with images and videos that lets anyone around the world explore their stories.” He says. To share these works of art and exhibitions to their full effect, Stanley says a second key development was the Art Camera, “It’s a robotic camera, custom made to create the highest possible resolution images of paintings at unprecedented scale. This technology allows our partners to bring thousands of artworks at the highest possible resolution accessible to everyone.” He continues, adding that they also offer a 360-degree virtual tour to partners (the same technology used to realize the “Walk the Great Wall” project), saying, “with this tool, users can experience a virtual walk on the Great Wall or inside Forbidden City while listening to an audio guide or simply enjoy a music tour.”

Reflecting on Google Arts & Culture’s progress in China, Stanley says he is satisfied with all that they have accomplished thus far, “We are very proud to be able to help share the broad and profound cultural assets of China with more users around the world through technology and innovation. Now, everyone can download Wonders of China by Google Arts & Culture app on your Android or iOS to discover the stories and collections of these 42 iconic institutions in China.” While, Stanley is guarded when it comes to revealing what’s next for Google Arts & Culture’s next China endeavors, he does hint at more exciting projects to come, saying, “Stay tuned for more treasures from China to be exposed to the world and for more amazing stories to make your days a tiny bit more cultural!”

This article is from the AmCham China Quarterly Magazine (Issue 2, 2022). To access the entire publication for free, sign up on our member portal here.