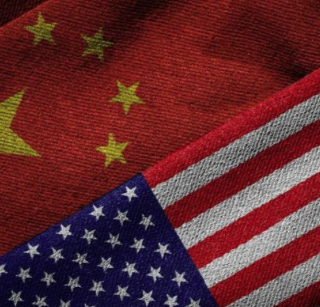 The details surrounding Chinese President Xi Jinping's upcoming visit to the US and meeting with US President Barack Obama next week remain rough at best. To fill in the blanks, AmCham China’s Chinese Government Affairs Committee has scheduled a breakfast the following Tuesday to debrief members on the results of the visit and its impact on US-China bilateral relations. The event will feature guest speaker Dr. Ruan Zongze, Executive President and Senior Fellow at the China Institute of International Studies (CIIS).

Xi’s visit begins in Seattle on Sept. 22 with a banquet organized by trade groups, and will be followed on the Sept. 23 with a two-hour roundtable discussion organized by the Paulson Institute and hosted by former US Treasury Secretary Hank Paulson. The discussion will be attended by 15 chief executives of US companies as well as numerous heads of Chinese companies such as Alibaba and Baidu. Xi will also visit Boeing, dine with Bill Gates and meet with several state governors before heading to Washington, DC, on Sept. 24.

While the focus in Seattle appears to be on business relations, Xi’s first state visit is expected to deal with more contentious issues such as cybersecurity, island building in the South China Sea, and China’s new national security law. Beijing has also expressed interest in continuing to develop its relationship with the US and to improve business relations. The meeting is expected to produce some optimistic outcomes as well, particularly in the areas of climate change and continued progress in people to people exchanges. Bilateral investment treaty outcomes are likely to be lukewarm, according to AmCham China's Government Affairs Department.

Finally, Xi will visit New York City on Sept. 28 to speak at the 70th anniversary session of the United Nations General Assembly. Some analysts believe Xi will use this opportunity and next year, as it takes on G-20 hosting duties, to reinforce and solidify China’s growing role in an evolving international system.