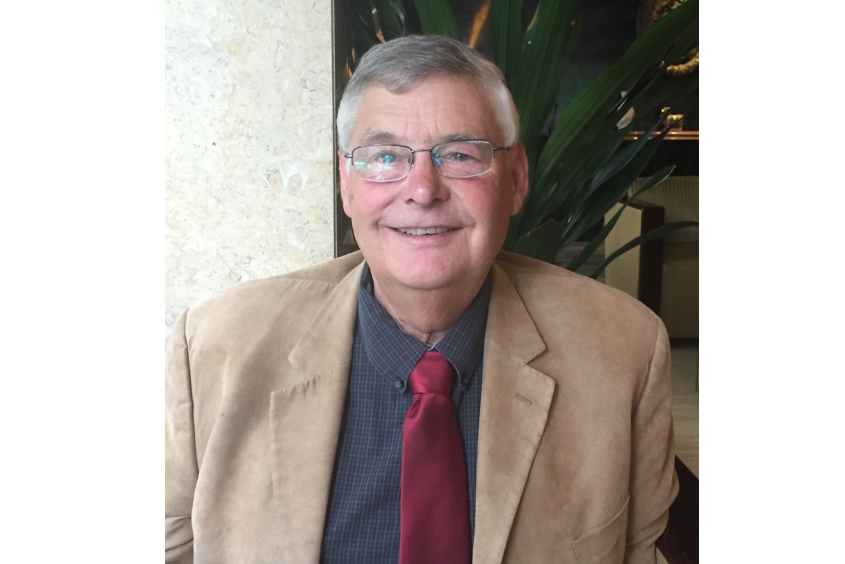 When visiting agricultural facilities around China, I met two women with advanced university degrees. They work for a customer of ours, called the Haisheng Company, the world's biggest apple concentrate producer. Both of the women work for the Haisheng Berry Division. Scattered about China in seven locations, the Haisheng Berry Division grows strawberries, blueberries, raspberries and blackberries. Most of their berry locations are situated high in the mountains, some as high as 2,200 meters above sea level, since good-tasting berries require cool temperatures.

The facility these two women work in is just one example of the amazing things China is doing in agriculture. In this lofty greenhouse are strawberry plants that we imported into China from the University of California, and unlike the normal strawberries that are raised in China, the University of California strawberry cultivars will bloom throughout the summer and into the fall. The strawberry plants grow in white plastic called mulch. The plants are rooted into substrate, which is under the white mulch. The substrate is mostly coco fibers, with some sterile peat used in other locations. This practice eliminates soil pathogens and other soil pests such as nematodes. Under the plastic mulch is a drip irrigation system. The irrigation, in all of the gutter systems at this location, goes on automatically for a few minutes, approximately five times a day. All necessary nutrients are fed to the plants through the drip irrigation system and everything is controlled by a computer program which is also measuring both the electrical connectivity and pH levels on a constant basis. Amazing, right?

Nearly all of Haisheng's young workforce is well educated, besides the two women I encountered. I have conducted a few seminars at their main office complex, and all those who attended my seminars had at least a bachelor's degree. Many had master's degrees and a few even completed PhDs. Nationwide, nearly 70 percent of the Chinese youth will go on to university. All of the key people that we have hired in China have university degrees.

Yet even with all of these degrees running around China, I have seen some horrendous agricultural practices taking place in China, to the point where I will not eat any Chinese produce unless it was well washed and cooked, or has a thick protective skin on it to keep the excessive use of pesticides off the fruit or vegetable.

When traveling all around China, we generally are not dealing with peasant farmers. And yet, besides our customers that keep high standards, like the Haisheng Company, Haole and Driscoll, I have failed to see – throughout all of China – worker safety programs, safe and proper use of pesticides or fertilizers, necessary sanitation facilities, food safety practices and even soap in the hand-washing facilities. For those of you that drive on the modern Chinese expressways, try to spot a refrigerated truck running on any expressway. China has almost none, which means most of your food isn't kept at temperatures to sustain the cold chain. In all of China, I have failed to find a good soil lab, a complete water testing lab, a commercial plant pathology lab, or even a good irrigation company that actually understands the necessary math to go along with good irrigation system design. Whatever gets taught in Chinese agricultural universities is still a mystery to me.

China does have 14,000,000 greenhouses, built up since in the 1980s. Most are passive, meaning no energy is required, an incredible feat. Due to the 14,000,000 passive greenhouses, China has food security, just not safe food. There is great potential here, but without nurturing the workforce and implementing good food safety practices, this potential won’t bear fruit.

And until China does work on its food safety practices, please remember to thoroughly wash your fruit and vegetables!