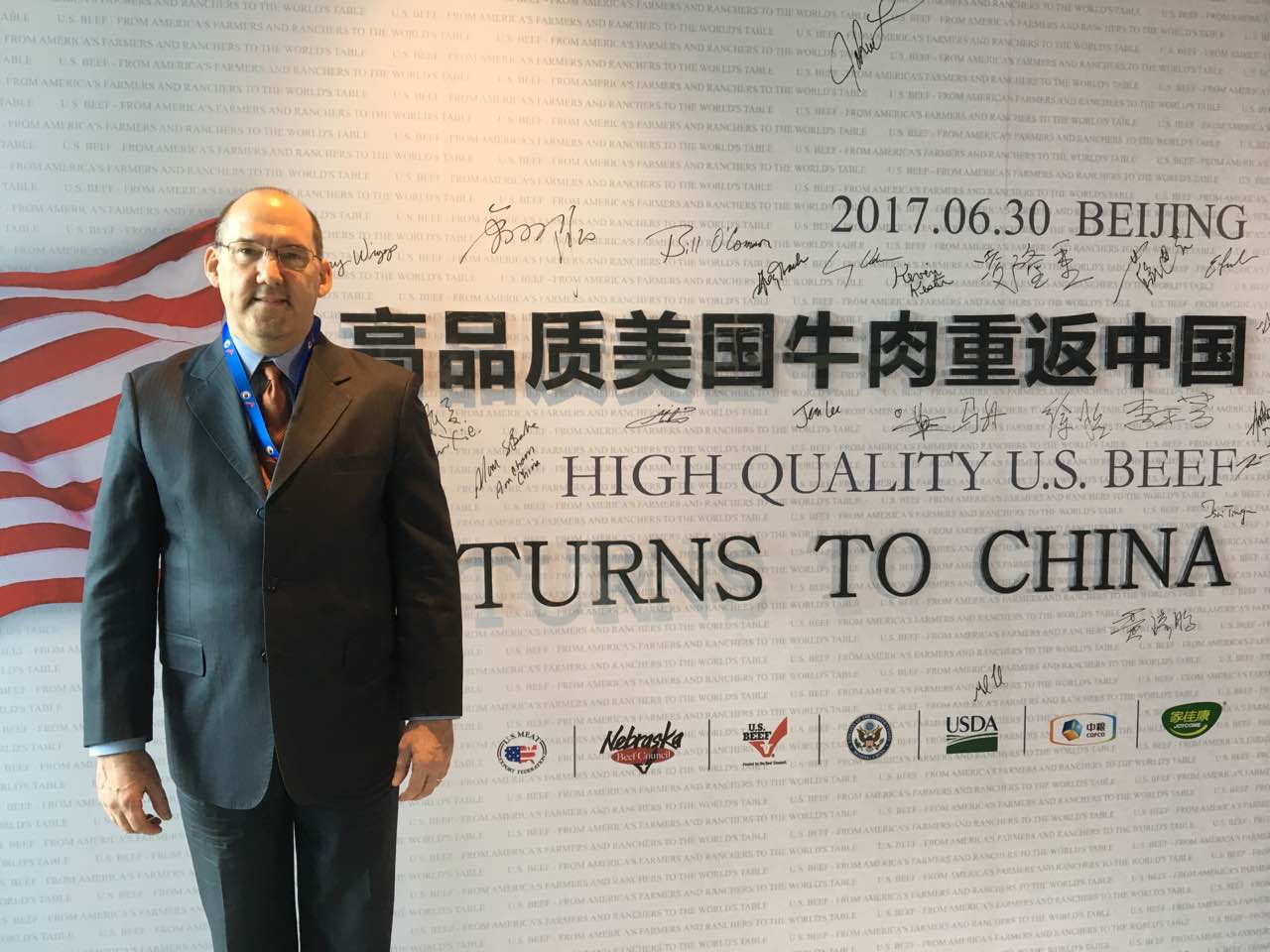 After 14 years of hard work the ban on US beef imports into China has been lifted. On June 30, after a lengthy hiatus, US Secretary of Agriculture Sonny Perdue and US Ambassador to China Terry Branstad held an event in Beijing to celebrate the reintroduction of US beef to the Chinese market. Also in attendance to celebrate the moment was AmCham China President Alan Beebe.

“We welcome the decision by the Chinese government to approve beef exports from the United States,” said Beebe, “This has been an important issue for AmCham China during the past 14 years, and represents the culmination of years of hard work by a number of agencies and officials in both countries.”

Ambassador Branstad speaks at an event celebrating the return of high quality US beef to China in Beijing.

In 2003 the Chinese government, alongside other Asian countries including Singapore, Malaysia, Japan, and South Korea, placed a ban on all imports of US beef after a case of Bovine Spongiform Encephalopathy (BSE) was discovered in Washington state. Since 2003, concerns about BSE, commonly referred to as mad cow disease, and the safety of US beef exports have widely been addressed – in 2006 Malaysia, Japan, and Singapore began imports of US beef products, and South Korea followed suit in 2008.

Each year, AmCham China publishes the American Business in China White Paper, which includes a review of the business environment in China and policy recommendations compiled from member companies. It is one of the most comprehensive compendiums of issues facing foreign companies in China, covering more than 20 industries and 20 other cross-sector areas and regional issues.

The beef ban has featured in White Papers during the years since the ban was laid down in 2003. In the 2011 White Paper, AmCham China stressed, “…as discussed in several White Papers, AmCham China members are concerned that China maintains a ban on US beef. However, AmCham China is hopeful that continued discussions will pave the way for a speedy resolution of the issue.”

Five years later, in the 2016 White Paper, AmCham China yet again emphasized the need to resolve the beef ban. The document also highlighted the benefits of a more robust and reciprocal agricultural trade relationship with China, and it encouraged US authorities to review Chinese requests for US market access for meat, fish, and cooked poultry products.

The successful reintroduction of US beef into the Chinese market is a symbol for cooperation, and a tangible example of the mutually beneficial relationship the US and China share. “There are still many areas where both sides can benefit from further cooperation,” said Beebe, “AmCham China will continue to advocate on behalf of our members, and we are looking forward to making progress in other areas.”