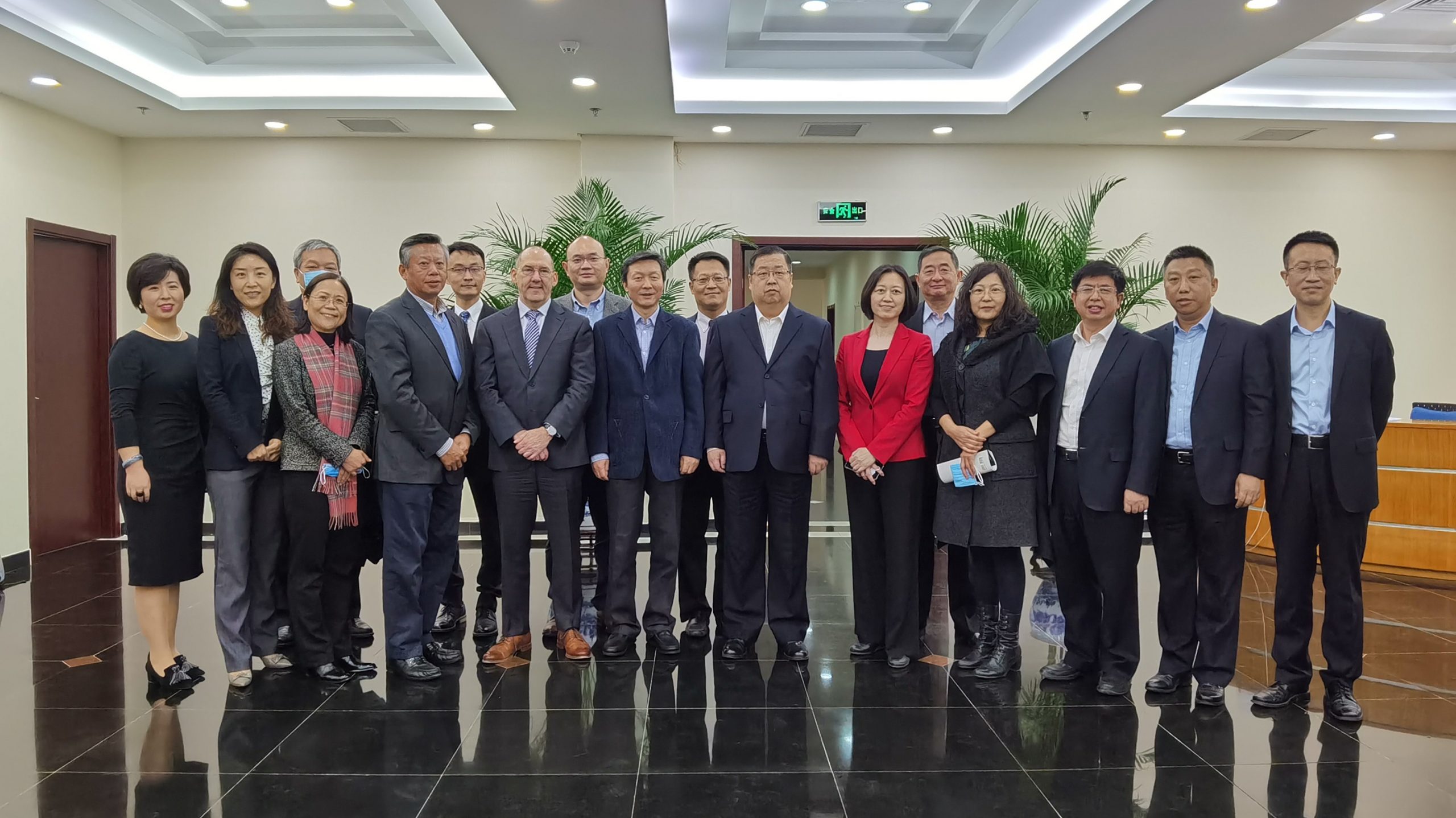 On November 9, 2020, President of AmCham China, Alan Beebe, led a delegation of member representatives to meet with Vice Minister Tian Shihong, as well as seven other senior officials in charge of relevant departments in the State Administration for Market and Regulations (SAMR). The AmCham China delegation included Intel, Qualcomm, GM, ExxonMobil, Pepsi, Emerson, and the Mintz Group.

This was the second White Paper Delivery Meeting with Vice Minister Tian since November 2019. The meeting featured a 1.5-hour-long, productive and in-depth discussion between the two parties on several topics. COVID-19 pandemic briefings, the Washington Door Knock, the Phase One trade deal as well as collective concerns of member companies, including standards setting, certification supervision, product quality supervision, and more, took center stage during the discussion.

Beebe expressed his gratitude to the Chinese government for supporting US-funded enterprises in China, as well as its efforts to improve the business environment.

As noted in the article released by SAMR regarding this meeting, the Chinese government hopes that AmCham China will continue to promote a steady and healthy development of China-US economic and trade relations.