A Message from the Chairman 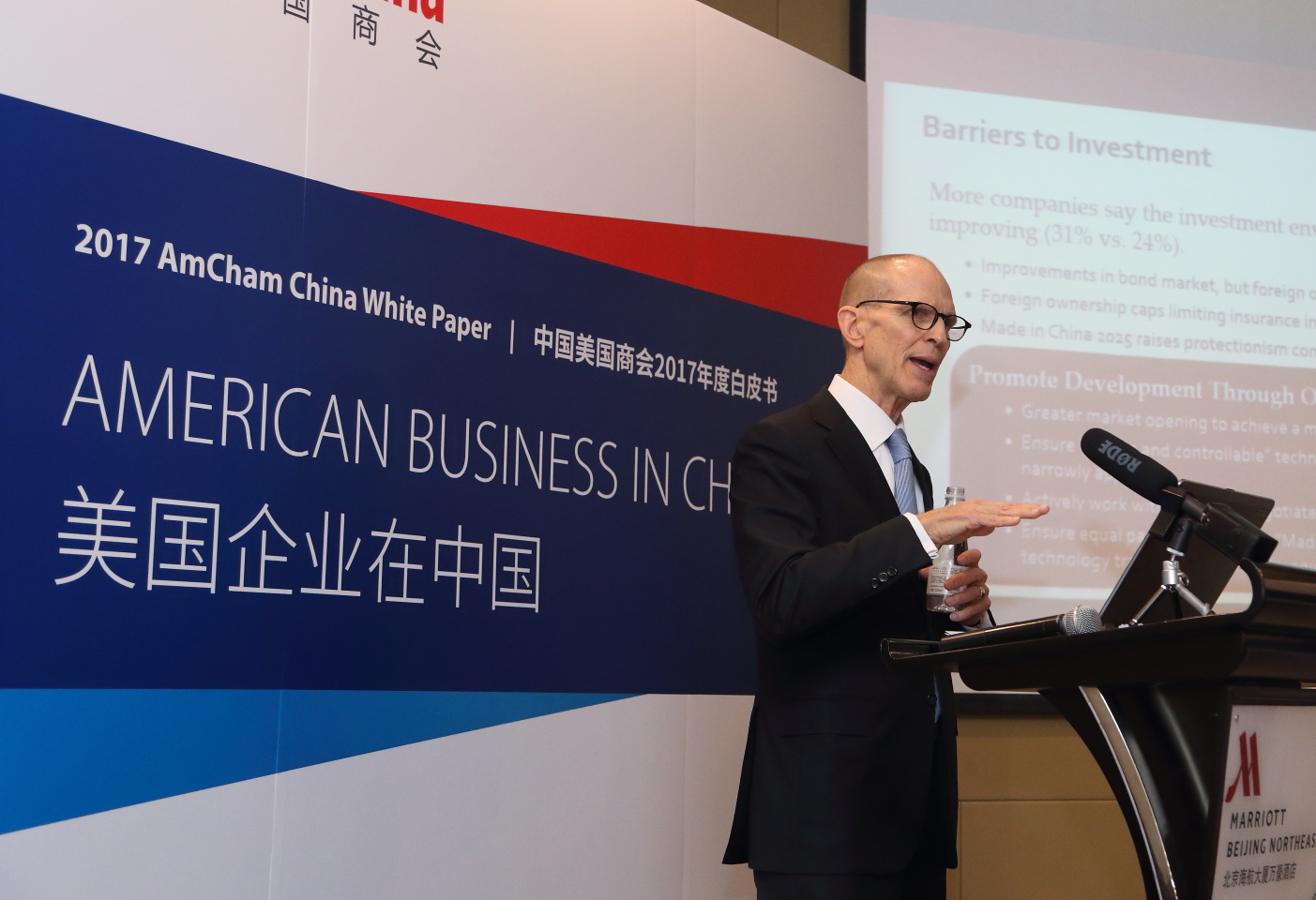 These weeks are busy ones for the chamber. In April, we released our annual White Paper, the chamber’s flagship product and an invaluable reference for policymakers in both the US and China for the past 19 years. Written by members, it is a comprehensive document of well over 300 pages that presents a complex picture of business in China that isn’t easily captured in soundbites and headlines. Moreover, uncertainties around the direction of the Trump Administration mean that our policy recommendations are no longer seen just in terms of China’s domestic economy, but rather in terms of the broader US-China relationship.

Nevertheless, our message was simple. We believe the economic relationship between the two sides is strong, but that it has become unbalanced. If we want to make the most out of economic partnership, some things simply have to change. The change we believe needs to happen is contained in our policy priorities for this year:

Building Trust through Transparency: Greater transparency would not only help in the government’s fight against corruption, but also boost confidence in private companies from both China and overseas that their investments will be fairly protected under the law.

Promoting Development through Open Investment: The benefits of open, vibrant markets extend well beyond foreign-invested enterprises. We believe government policy should help all parties in Chinese society – including consumers, farmers, private companies – not the narrow interests of the few.

Stimulating Innovation through Global Cooperation: Creativity is the product of diverse ideas combined in an environment where standards are set with broad participation and intellectual property is protected from theft.

The White Paper also featured prominently at our Government Affairs Conference, now in the third year of its existence. We were honored to be joined by keynote speakers Jin Fang of the China Development Research Foundation, and Sitao Xu of Deloitte, who discussed macroeconomic issues in the Chinese economy.

The theme of this year’s conference — Adapting to Uncertainty— reflects the challenges that government affairs professionals face in managing risks and seeking opportunities in an unsettled environment. I was encouraged to see in April the US president early in his term host President Xi Jinping, part of a series of actions that suggest the Trump Administration is moderating its approach toward China. I am cautiously optimistic that the 100-day discussion period regarding trade could move us in a positive direction, though discussions alone have not significantly moved our economic relationship forward in the past.

That said, we will be visiting Washington, DC, for our annual Outreach at the start of May, aiming to further cultivate relationships we began building with administration officials during our unofficial visit in February. Now is a crucial time to be not only building bridges, but also identifying what exactly needs to be done to address the asymmetrical trade and investment relationship. Congress and the White House seem keenly aware of the challenges US companies face operating in China, and I look forward to productive discussions in Washington concerning the best way forward.