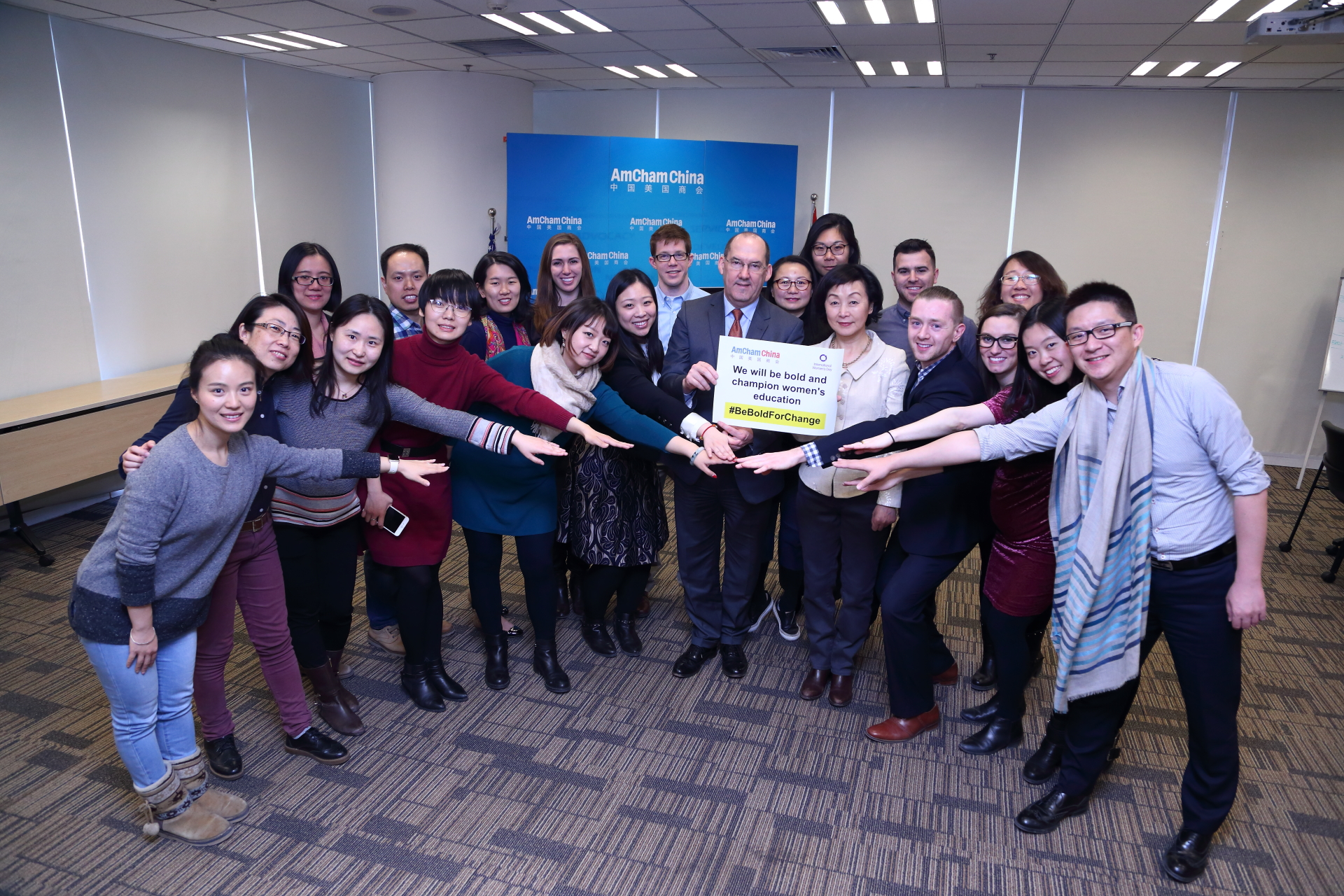 On March 8, 2016, a group of men climbed a mountain in southern China wearing dresses and heels in order to “experience the hardship of being a woman nowadays.” While there is no doubt that their choice was bold, the event was of questionable efficacy in promoting a more inclusive, gender equal world.

This year, the campaign theme for International Women’s Day is “Be Bold For Change,” and AmCham China is committed to bold actions to support organizations in China. By partnering with Educating Rural Girls of China (EGRC), and by inaugurating the first annual Women’s Summit, AmCham China is working to advance gender equality for women of any age or status.

One organization that is helping to level the playing field for China’s most disadvantaged women is the EGRC. Residents of rural areas in China often face enormous difficulty in accessing education opportunities, and that situation is even further exacerbated by gender inequality. Research conducted in 2013 found that poor, rural women were the least likely of any group to go to college.

EGRC was founded by Ching Tien in Vancouver, Canada in 2005. Ching grew up in Beijing and attended a privileged girls-only school, but was sent to Gansu after the Cultural Revolution. “At that time in Gansu, girls were engaged by eight or nine years old, and were married off around 12 or 13 years old,” Tien said. “Today, 30 years later, girls still have fewer opportunities than boys in education; it is not uncommon that girls are asked to quit school to work and to support the education of their male siblings.” These women are especially vulnerable to being left out of the education system, severely restricting their career options. Today, EGRC is helping women receive an education and is making a real difference.

This year, AmCham China has selected EGRC as the charity recipient of all the proceeds raised at the annual American Ball. Since 2003, AmCham China has been holding charity balls that have raised more than RMB 12 million in donations to improve the lives of families in China. This year, EGRC will be able to use those donations to make a difference for women who otherwise lack opportunity. The money raised by the American ball will be used to sponsor a high school program in Yuzhong County and Min County in Guansu province.

Women who have started a career in China also face many issues with discrimination. While World Bank data shows that women make up approximately 44 percent of China’s workforce, a 2016 study by the Asian Development Bank found that only 8.5 percent of boardroom or senior management positions were held by women, significantly below the global average of 24 percent.

More than half of AmCham China’s members say that top management positions are at least 25 percent women, according to the 2017 Business Climate Survey. One of those executives is Su Cheng Harris-Simpson, Co-Chair of the chamber’s Women’s Professional Committee.

This year, Harris-Simpson is helping AmCham China plan a summit focused on greater female participation in the economy. The theme of the summit is “The 女 Economy,” using the Chinese character for “woman,” which is also pronounced in Mandarin like “new.” This choice reflects the power of women to make economic decisions through an estimated US $2.4 trillion of total value in the 女 economy.

“When talking about the Women Economy, it’s no longer about charity, work-life balance, or other soft issues – it’s about hard dollar values,” Harris-Simpson said in a recent podcast interview. “If we act on that, the economy is going to grow and everyone will benefit.”

AmCham China, along with WEConnect International in China, a global network that helps women-owned businesses connect and succeed in global value chains, is among several organizations getting involved, including: All-China Women's Federation, China Association of Women Entrepreneurs, UN Women, Lean In China, Women’s Professional Network and Viva Beijing Professional Women's Network. For more information about the summit, including sponsorship information, go to the event page.

This year, we are inspired by the challenge from the UN and feel that these projects exemplify the spirit of being bold for change. If you are interested in joining us or getting more information about these events, please get in touch, or check out the UN’s website for more coverage of other International Women’s Day events.