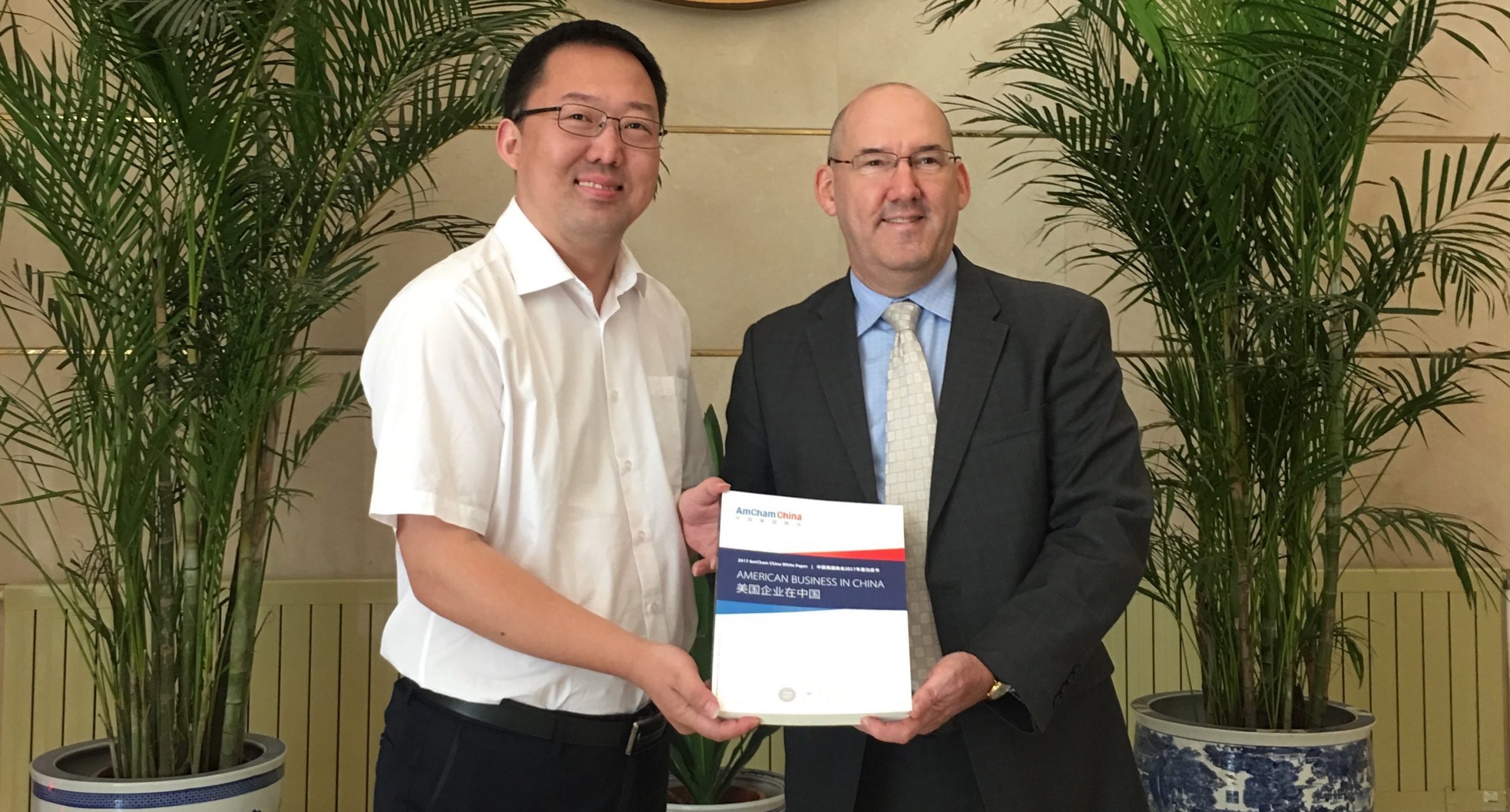 The delegation gave a brief introduction to AmCham China, and discussed developments on the “Plans for Foreigners’ Work Authorization Policy,” which came into effect on April 1, 2017. During the meeting, AmCham China and representatives from member companies conveyed their appreciation for policy makers’ efforts in streamlining some bureaucratic requirements. They also discussed existing regulatory challenges raised in the White Paper. Some regulations of the new work permit policy, including categorization of expats, online application system, new graduates, and older workers, are still difficult to navigate for many companies.

SAFEA welcomed suggestions from the delegation and was willing to collaborate with pertinent departments for further improvements. During the meeting, both AmCham and SAFEA expressed their interests in potential cooperation in the future. SAFEA also proposed to AmCham China a future policy debrief event for helping companies gain a better understanding on the newly released policies and respond to companies’ frequently asked questions and concerns.

Sign up for working group emails here to receive notification of AmCham China comment drafting initiatives to ensure your company’s concerns are voiced in AmCham China’s submissions to the Chinese government on new laws and regulations.