An Accidental Tourist of 43 Years 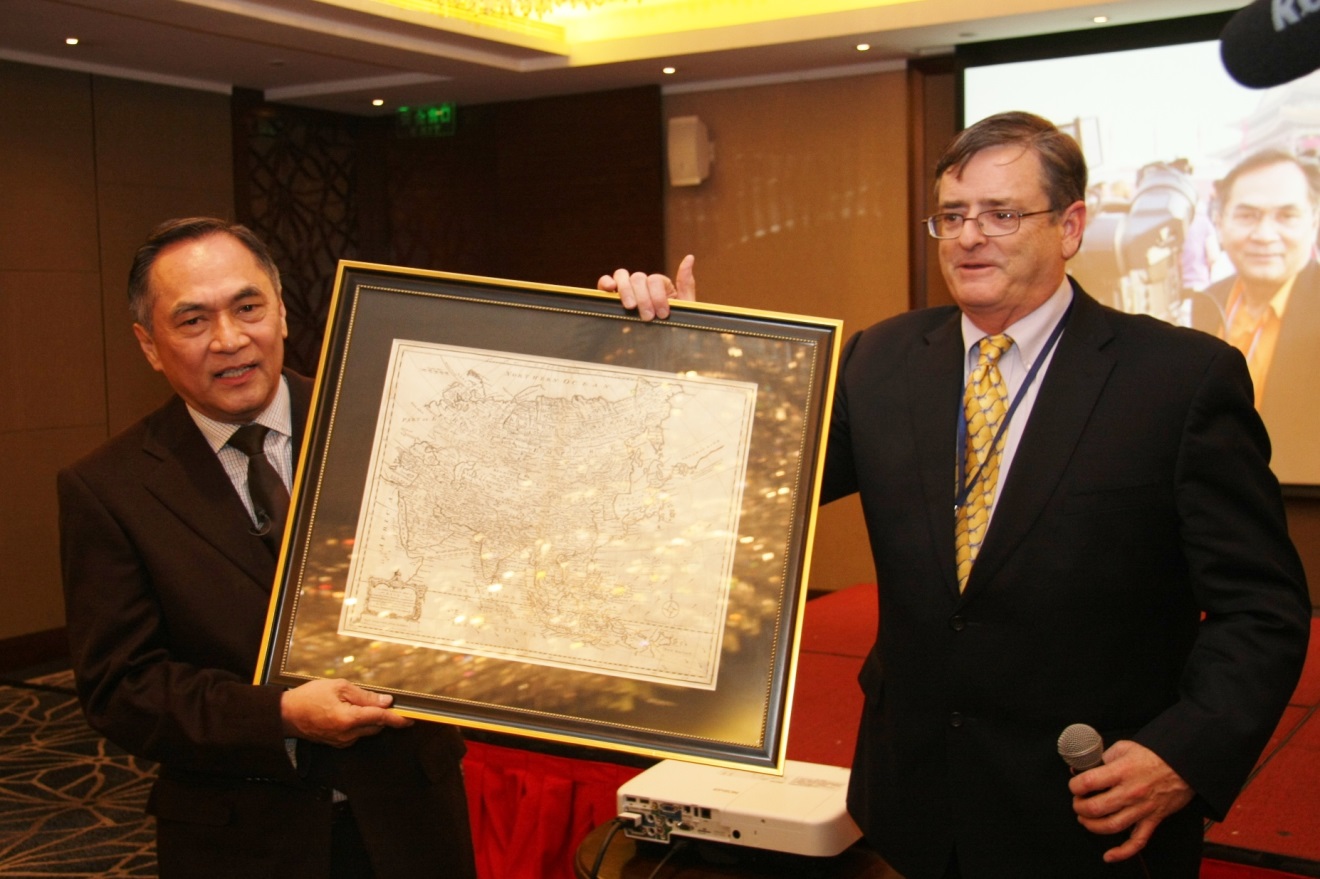 AmCham China had the honor of hosting Jaime Florcruz, former CNN Beijing Bureau Chief, for a celebratory dinner marking his retirement from not only his job but also his position as the longest serving foreign correspondent in China.

Surrounded by friends, former classmates, colleagues, and his wife, Ana, the Peking University graduate celebrated and reminisced about his time in China. In what was more of a roast of Jaime, friends offered their candid remarks on their times with him. From stories of him offering political advice to Bo Xilai, to supposedly sharing a room with a descendent of Confucius, the room was full of laughter as the audience celebrated Jaime’s 43 years in China. The ambassador of Sweden, His Excellency Lars Fredén, a former university classmate, said that if anyone deserves this kind of send-off, it is Jaime.

While there was plenty of laughter, the guests also heard about some of the more difficult times that Jaime lived through in a developing China. Arriving as a part of a student group from the Philippines in 1971, during the Cultural Revolution, Jaime found himself learning Chinese on a farm, fishing on the ocean, and enrolling as an undergraduate at Beijing University. Before becoming a student at Beida, Jaime witnessed the tense situation of the British Embassy sacking and the visit by then US President Richard Nixon. He found life farming a difficult experience due to the mental isolation and boredom, with little experience speaking Chinese. However, he gained a greater understanding of the burden rural Chinese had in daily life.

Graduating from the “Class of ‘77,” as a journalist, Jaime began covering China during its most transformative stages. From the death of Mao, to the opening up of China, to the massive economic growth over the past 30 years, the Tiananmen Square incident, the handover of Hong Kong, the Beijing Olympics, to the rise of Xi Jinping and Li Keqiang (a former classmate at Beida) to the pinnacle of Chinese politics.

As the evening came to a close, Jaime was given a replica map of Asia from the mid-18th century, presented by AmCham China Chairman James Zimmerman, and written wishes from guests, capping off an evening of celebration reserved for people like Jaime.